The first leg of the book launch tour for Distorted Descent: White Claims to Indigenous Identity took place from September 23 to September 27 in Ottawa, Montréal, Toronto and Hamilton. The tour included 8 events in 5 days in front of nearly 500 people! 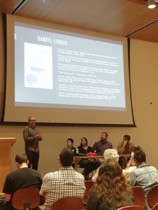 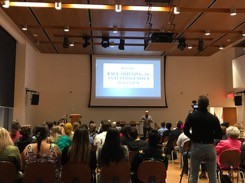 Monday
September 23rd started with a short interview with APTN National News host Melissa Ridgen. Then it was onto a short presentation in Dr. Veldon Coburn’s third-year course “Colonialism, Territory and Treaties” at the university of Ottawa. The evening ended with a book launch on campus with great food and discussion. The highlight of the event was the four-person panel featuring Dr. Coburn and three other Algonquin speakers – Claudette Commanda (Elder-in-Residence, University of Ottawa) and Shady and Amber. Each of them testified to the negative impacts of the “Québec métis” movement in Algonquin territory. 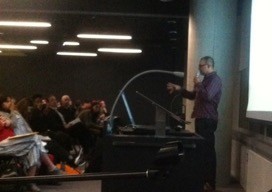 Tuesday
The morning of September 24th started with two class presentations at Carleton University, first in Dr. Christiane Wilke’s third-year course “Transitional Justice” and then in Dr. Kahente Horn-Miller’s graduate course “Indigenous Politics and Resurgence.” Dr. Zoe Todd from the Department of Sociology and Anthropology joined us in Dr. Wilke’s course, contributing to the richness of the discussion.

The day wrapped up with a hugely successful book launch at Concordia University in the evening. Nearly 200 people attended the event, which also featured an impromptu discussion with Odanak First Nation councillor Jacques Watso (Abenaki) and researcher Éric Pouliot-Thisdale (Mohawk-Abenaki). Concordia instructor Émanuel Lowi also brought along students from two of his First Peoples’ Studies courses, ensuring that many new people learned about Darryl’s research. APTN’s Montréal bureau had a TV crew filming the entire event for a later showing and the Journal Métro, the free daily in Montréal, ran a short story about the book launch the following day just in time for morning commuters to read. 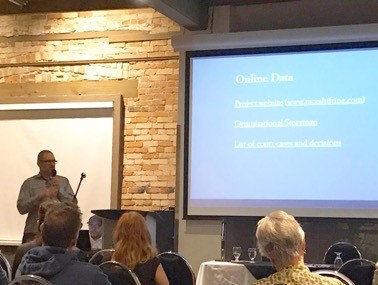 Wednesday
The Yellowhead Institute and the Department of Sociology at Ryerson both generously supported the Toronto book launch for Distorted Descent. The event was well-attended and hosted by Ryerson and Yellowhead faculty member Dr. Damien Lee (Anishinaabe). 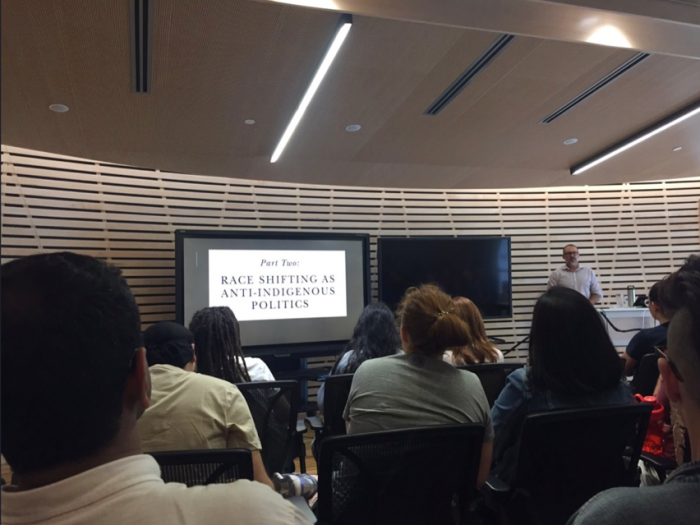 Thursday
The Centre for Indigenous Studies at the University of Toronto sponsored a second event in the city at its Spadina Avenue location. A more intimate event, it provided an opportunity to dive deeper into some of the material with audience members over a delicious lunch.

Friday
The final event during the first leg of the book tour was held in the afternoon at McMaster University. Faculty members and graduate students from Guelph University and Brock University attended the event as did students from a sociology graduate course. Organized by the Indigenous Studies program, the event featured lively discussion nearly the entire afternoon.

Darryl Leroux is associate professor in the Department of Social Justice and Community Studies at Saint Mary’s University in Kjipuktuk (Halifax, Nova Scotia). He has been working on the dynamics of racism and colonialism among fellow French descendants for nearly two decades. View books by Darryl Leroux.