We’re pleased to announce that Jim Blanchard’s A Diminished Roar: Winnipeg in the 1920s was nominated for a 2020 Manitoba Day Award by the Association of Manitoba Archives!

“To celebrate Manitoba 150, the Association for Manitoba Archives would like to announce 11 different projects and initiatives worthy of praise. Each year the AMA presents the Manitoba Day Awards to individuals who, through the use of archives, complete original works of excellence which contribute to the understanding and celebration of Manitoba’s history. Typically, the winners are announced at our annual awards night, but this year the event and the announcement of winners has been postponed due to the COVID-19 pandemic. The event will be rescheduled once it is safe to gather and celebrate these achievements. Until then, the AMA still wishes to announce and celebrate all those nominated. The full list of nominees worthy of praise for their work utilizing and promoting different archival materials in Manitoba is available here to explore online from the comfort of home.” 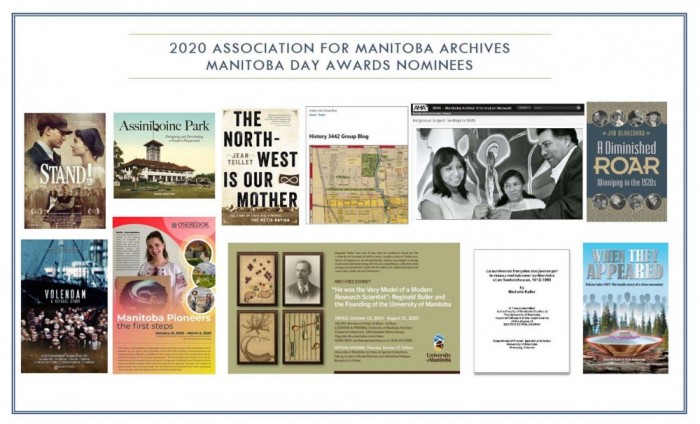 The nominees for the 2020 Manitoba Day Awards include:

About A Diminished Roar