Last week, we got the news that A Two-Spirit Journey, by Ma-Nee Chacaby and Mary Louisa Plummer, was recognized for two awards. 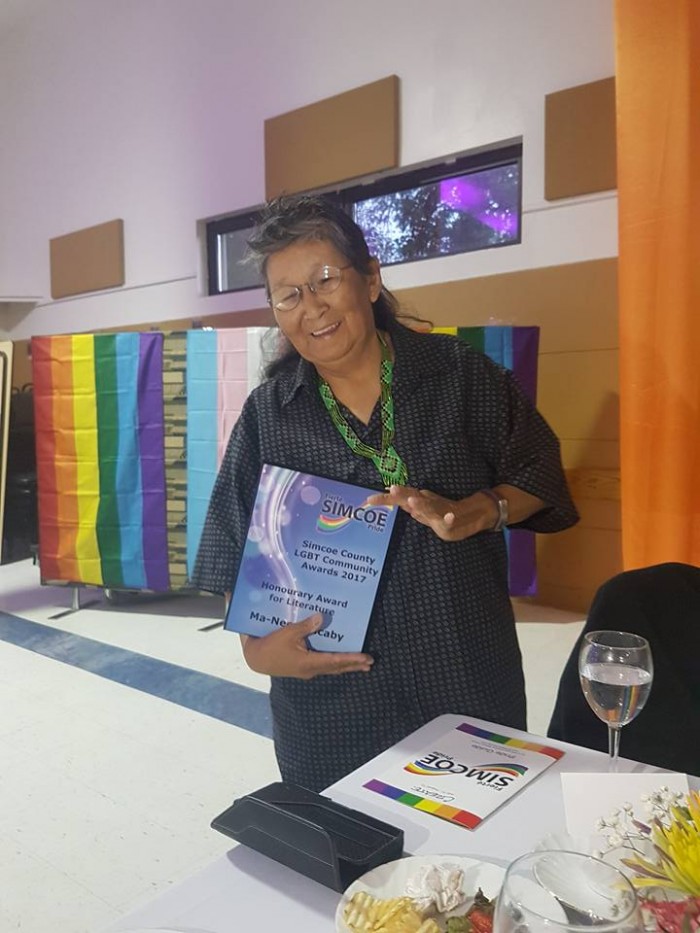 Here are the judges’ comments:

“Amidst many strong entries, your book stood out as a remarkable, intensive collaborative effort that, in the words of one committee member, ‘offers a story that is both devastating and hopeful. It is a book where the concept of intersectionality leaps off the page— sex, gender, sexuality, culture, socio-economic class, and so many other complex factors describe Chacaby,’ adding that ‘it’s an excellent example of a collaboration between folks from two different cultures and how together they can respectfully and carefully craft an oral life story into a manuscript.’ The committee was also impressed with the level of openness and honesty about difficult experiences and topics that you as author/collaborators were able to achieve, particularly on issues little-discussed in print that are of urgent significance to Indigenous peoples of Canada and the United States.”

Ma-Nee and Mary Louisa will be travelling to the OHA annual conference in October in Minneapolis to accept the award.

Ma-Nee Chacaby and S. Bear Bergman received the Honourary Award for Literature. This award recognizes and encourages the achievements of Ontario-based LGBT writers who are founding careers in literature while engaging with the community. Writers may be in lyricists, playwrights, novelists, and poets.

Ma-Nee was able to travel to Simcoe to pick up her award.

Congrats to all the nominees and winners!

« The Case of the Missing Books