On April 17, we launched Arthur Ross’s Communal Solidarity: Immigration, Settlement, and Social Welfare in Winnipeg’s Jewish Community, 1882–193 at the Rady JCC. This event happened in partnership with the Jewish Heritage Centre of Western Canada and the Manitoba Historical Society. 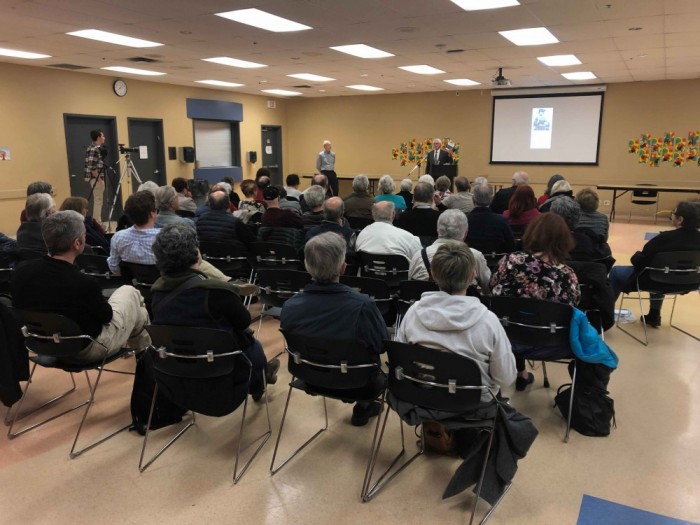 The launch of Arthur Ross’s Communal Solidarity at the Rady JCC, presented in partnership with the Jewish Heritage Centre of Western Canada and the Manitoba Historical Society. 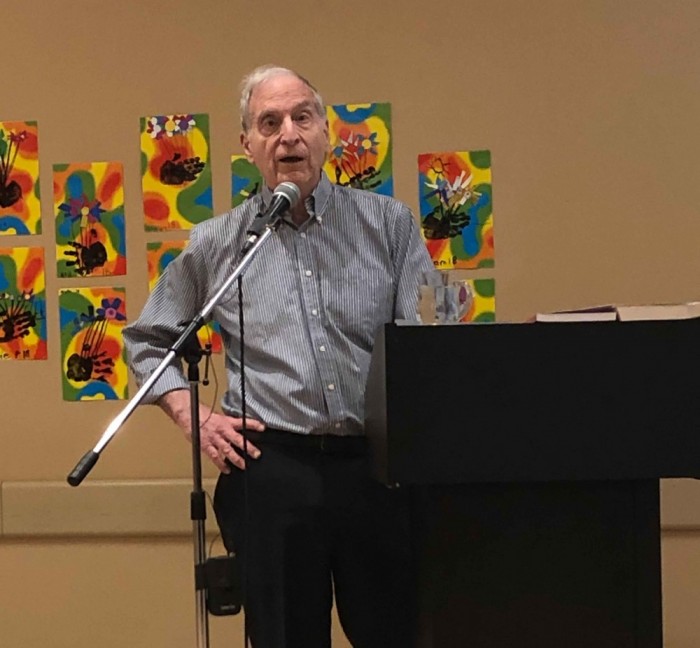 Dan Stone of the Jewish Heritage Centre of Western Canada hosted the event. 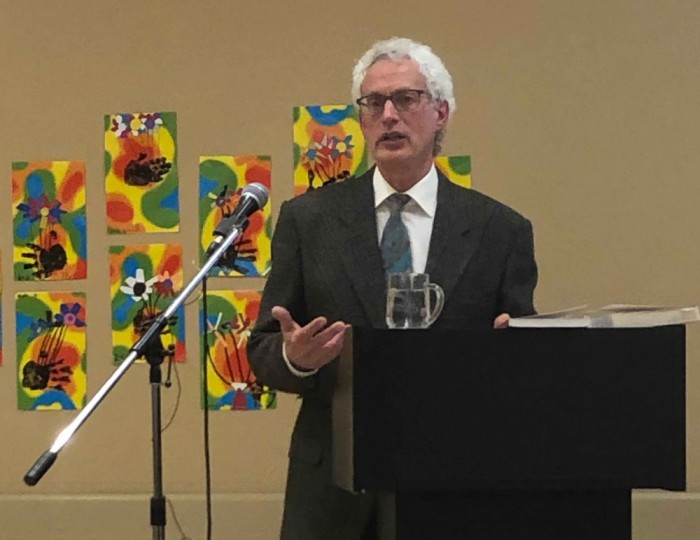 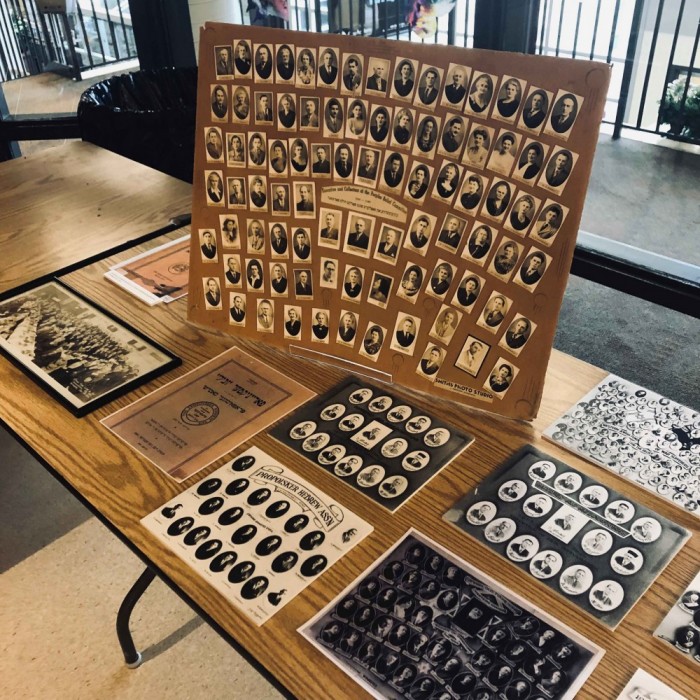 The Jewish Heritage Centre of Western Canada put out some images of mutual aid societies from their archive for the event. 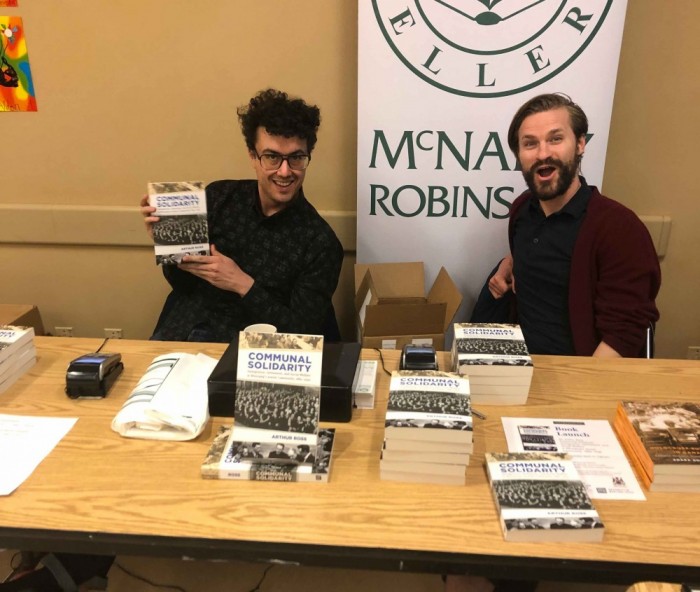 McNally Robinson Booksellers came out and sold books at the event, which was great because McNally’s is so community-oriented. 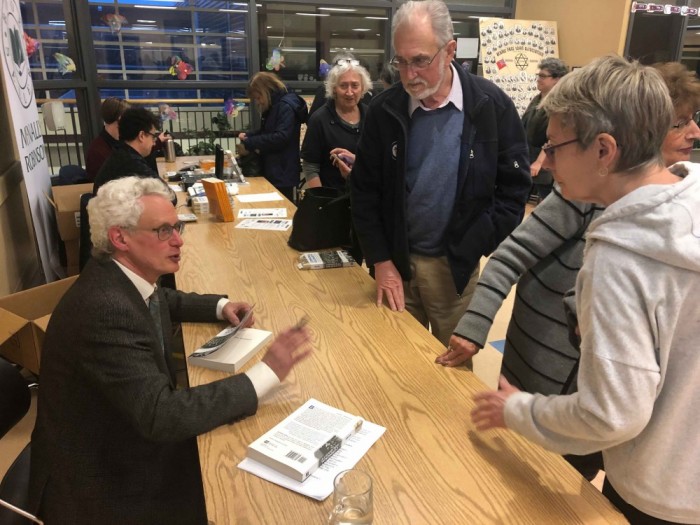 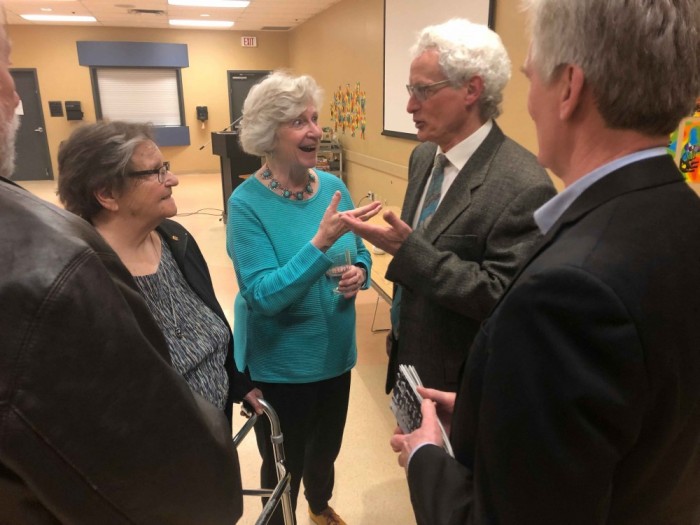 Arthur Ross in conversation with his kindergarten teacher, who came out for the launch.

About the Book
Between 1882 and 1930 approximately 9,800 Jewish immigrants from Eastern Europe settled in Winnipeg. Newly arrived Jewish immigrants began to establish secular mutual aid societies, organizations based on egalitarian principles of communal solidarity that dealt with the pervasive problem of economic insecurity by providing financial relief to their members. The organization of mutual aid societies accelerated the development of a vibrant secular public sphere in Winnipeg’s Jewish community in which decisions about the provision of social welfare were decided democratically based on the authority and participation of the people.

Communal Solidarity: Immigration, Settlement, and Social Welfare in Winnipeg’s Jewish Community, 1882–1930 looks at the development of Winnipeg’s Jewish community and the network of institutions and organizations they established to provide income assistance, health care, institutional care for children and the elderly, and immigrant aid to reunite families. Communal solidarity enabled the Jewish community to establish and sustain a system of social welfare that assisted thousands of immigrants to adjust to an often inhospitable city and build new lives in Canada.

Arthur Ross’s study of the formation of Winnipeg’s Jewish community is not only the first history of the societies, institutions, and organizations Jewish immigrants created, it reveals how communal solidarity shaped their understanding of community life and the way decisions should be made about their collective future.

About the Author
Arthur Ross was born and raised in Winnipeg’s North End, the historic centre of Jewish, communal solidarity. He is a Professor in the Department of Political Science and Public Administration at Ryerson University.

« Listening to What the Criminal Justice System Hears