Landscapes of Memory in Prairie Canada

Landscapes are culture before they are nature; constructs of the imagination projected onto wood and water and rock.
—Simon Schama, Landscape and Memory

Landscape as culture. It is a concept that at first glance seems peculiar. Upon reflection, however, we realize that our Western view of landscape is the result of shared values and shared culture, a culture assembled from a rich accumulation of myths, folklores, events, and memories. Such landscapes of memory are cultural memories, and we all experience place and memory in different ways. One of my own encounters came from historical interest rather than personal familiarity. It was in August of 1983 that I found myself with a small group of people in a boat heading to Hudson Bay. We were travelling on the Hayes River in northern Manitoba, bound for York Factory, the once great trading post and entrepôt of the Hudson’s Bay Company. Leaving from the junction of the Fox and Hayes rivers about 120 kilometres southwest of Hudson Bay, we travelled the river in the warm summer sunshine as the topography of the lowlands became flatter, the riverbank grew steeper, and the fir trees appeared smaller and stunted, bent low by the winter winds off the bay. We travelled for hours and the wilderness around us seemed interminable. But as the river grew wider, a last bend revealed a remarkable sight; the massive, gleaming white Depot Building of York Factory appeared as if an apparition, its presence startling in the vastness of the surrounding wilderness. I had read much about this place and its history, but I found it exhilarating to finally experience it in person.

I thought about the Indigenous peoples who witnessed this same sight over centuries, though they journeyed from far greater distances and of course without the modern motorized transport that made our trip so comfortable. Although it is colonial space (even if I had not thought of it that way in 1983), York Factory remains a place of becoming, of memory both local and beyond, and a representation of place and community that embodies the persistence of the past in the present. Whether “the most respectable place in the territory”(1) according to one nineteenth-century observer, or “a monstrous blot on a swampy spot”(2) to another, less generous writer, York today remains a place of cultural memory that is central to the traditions of the Muskego Cree community in northern Manitoba. But unlike York Factory and so many other striking and meaningful locations in the West, not all places of significance are necessarily monumental or old or even aesthetically pleasing. They are places that do not have inherent value or convey a meaning that is innate. For those who have lived in or near these landscapes, or for those who might come to a particular place with a different appreciation, it is historical reference—associative, personal, or imagined—that makes them physically symbolic and meaningful.

In her 2006 book Uses of Heritage, the Australian writer and archaeologist Laurajane Smith described her meeting with a group of Indigenous women from the Waanyi community on the banks of the Gregory River in Boodjamulla National Park in northern Queensland. The women, according to Smith, had come from some distance away to meet and fish at this traditional Indigenous site. In attempting to, as she writes, “pester people with maps, site recording forms and tape measures,” Smith soon realized that for these Waanyi women, the act of fishing was more than simply catching dinner; it was an opportunity to savour simply being in a place that was important to them. It was, as she comments, “heritage work” being in this place, renewing memories and sharing experiences with friends and family members to strengthen present and future social and family relations.3 Smith describes how the Elders related stories of the Gregory River location to younger Waanyi women and about the traditional events associated with that place. Their conversations, she comments, reminded her of her own heritage, of the family stories she had inherited and how she would transmit them to her own children. In such a process of receiving and passing on memories, a certain fluidity of meaning is understood, becoming characteristic of both personal and community heritage in much the same way that it informs our perceptions of place. The significance that Smith drew from her own stories, the uses she made of them, and the places that resonated with her would, she wrote, “be different to the meanings and uses the generation both before and after me had and would construct.”(4)

My own experience with community memory and the meaning and significance of place was somewhat similar to Smith’s. A number of trips after my first visit to York Factory in 1983, while conducting ethnohistorical research at York Factory in northern Manitoba as a historian with Parks Canada in 2002, I met with a number of Muskego Cree Elders who had flown there for a reunion and with whom I had arranged informal interviews.The conversation was relaxed as we talked about the history of the place and the Elders’ experiences growing up at York. In these conversations I noticed that their memories often began with some reference to place, to a geographical entity or location that became the reference point for a story, a memory, a cultural observation, or even a joke. I realized that for these York Factory people, their history, their heritage, was more than just about the past or about physical things but was an act of engagement and a process of finding meaning that resonated in the present. And it was about place and the layers of memory and meaning we attribute to it. It was at such site visits that I first began to think about landscape, place, and memory, how history plays out on the ground, how the social construction of heritage is established and commemorated, and how the meaning of place is often contested. Most often one has to actually be at these sites and walk these spaces. Like the historian Simon Schama, I have also drawn upon my own “archive of the feet” (as he calls it) and how it has informed much of the way I view the concept of heritage.(5)

The goal of Authorized Heritage, while at one level concerned with memory and place, is also to ask critical questions related to how and why certain heritage places were selected over others as significant. Do these perceptions of importance by governments, communities, and individuals change over time and, if so, how? I explore each of these questions within the thematic framework outlined in the various chapters and in the representation of different types of historic sites within a larger heritage context. It is my contention that most historic sites chosen by government relate to an authorized heritage discourse that is almost always based on those conventional messages that are part of national narratives and colonialist views of the past. I also explore the challenges over what is presented, the struggles of the marginalized regarding whose voice prevails, and how communities can form distinct and alternative perspectives on specific places. If an authorized heritage can still dominate and still influence those places we consider to be important, their significance is also affected by community perceptions and the emergence and persistence of social memory. Yet, often the two approaches are conflated, as a local perception that is no longer moored to social memory might simply echo the dominant discourse. It is then that an authorized heritage and a community perception become effectively one and the same. 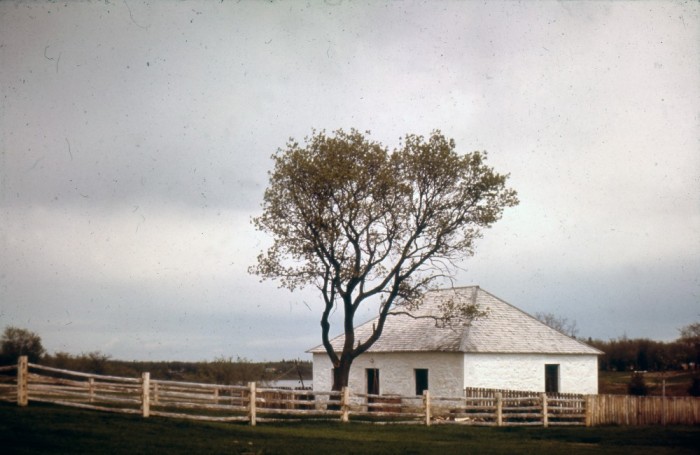 Figure 10. The Ross Cottage at Lower Fort Garry, n.d. Built in the 1840s, the house was partly reconstructed in 1970 as the Engineer’s Cottage and has undergone periodic work since then. Credit: Parks Canada. 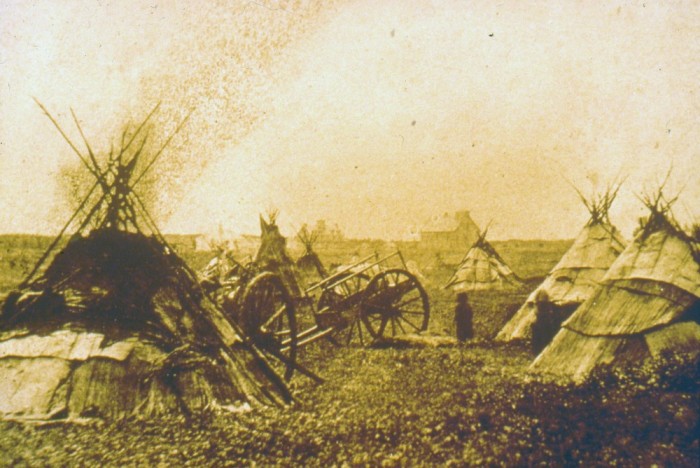 Figure 23. Ojibwa bark lodges on the banks of the Red River near the Middle Settlement. Photographed by H.L. Hime, 1858. Credit: Archives of Manitoba.