This community and other fringe communities like it in Canada are going to be almost forgotten if we don’t come up with ways to commemorate it. Peters et al. have started laying a path to commemoration for Rooster Town by writing an academic book about the town.

Another stone laid on the path to commemoration was a sculpture of a Tea Kettle, however it was not placed in a spot for many to see; it was put on a rapid transit route far from the actual site of Rooster Town. 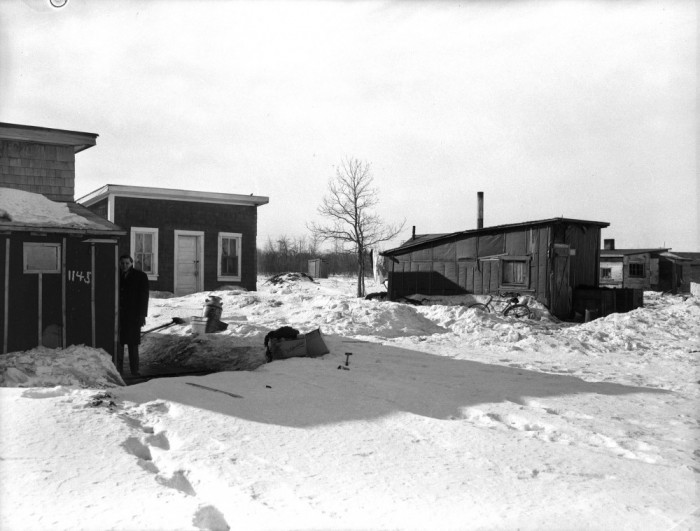 The iPad will have a geographical overview of how the settlement developed from the river lot system of the St. James parish, to a road allowance Metis fringe community, to the suburban area of grant park where it stands today in 2020.

The interactive iPad map would be the size of a table with seats around for children to seniors to sit and scroll through the historic maps. On the maps there will be interactive pins to click. The pins will tell you about what was happening in that place at that time, including who lived there and what kinds of work was happening on the land. For example, where Louis Parisians land was, the cost of his house and the plans he drew to build it.

The second part of the exhibit will include a life size diorama of the front cover of the Rooster Town book. The diorama will include what the landscape looked like because although the Metis were living in an urban area there was still barns, out buildings, and land for agriculture and training horses.

People who visit the exhibit will be able to enter two of the buildings, like a small-scale version of the downtown replica at the Manitoba museum.

One building will be a 3-room house with a tea kettle on the stove to represent the sense of community that all were welcomed into Rooster town homes with a hot cup of tea. The other building will be a replica of an outbuilding used for the Métis’ storage of agriculture and equestrian equipment. 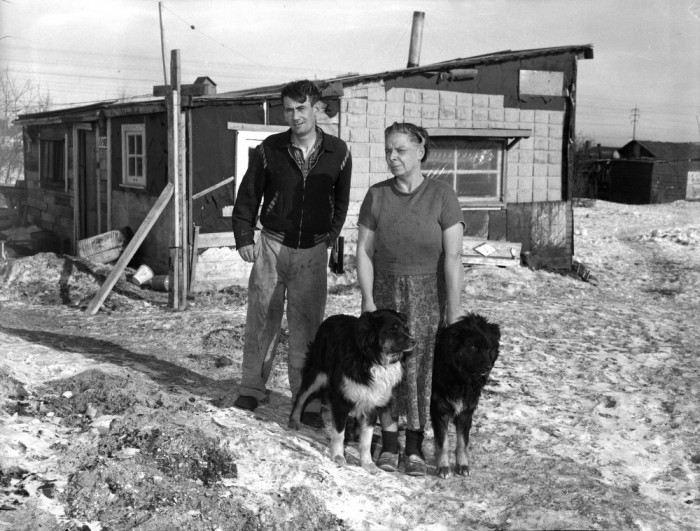 In the Canadian Human Rights museum visitors start in the dark and move up floors to light. This signifies the journey of human rights.

As a group we think the exhibit should be located in the middle floors to follow along with the theme of the museum.

The Metis faced a challenge of trying to fit into a city that they were not really welcome in or in a place no one thought they could fit into. However, it also an event in history that represents human rights advancements as the Metis disproved the negative stereotypes of Indigenous peoples in an urban setting.

A Message to our Authors, Readers, Colleagues, and Friends »