The new Mennonite writing that emerged in Winnipeg in the 1980s did have some precedents in earlier Manitoba Mennonite writing, most notably by Rudy Wiebe, Al Reimer, Roy Vogt, Arnold Dyck, Jack Thiessen and a few others. 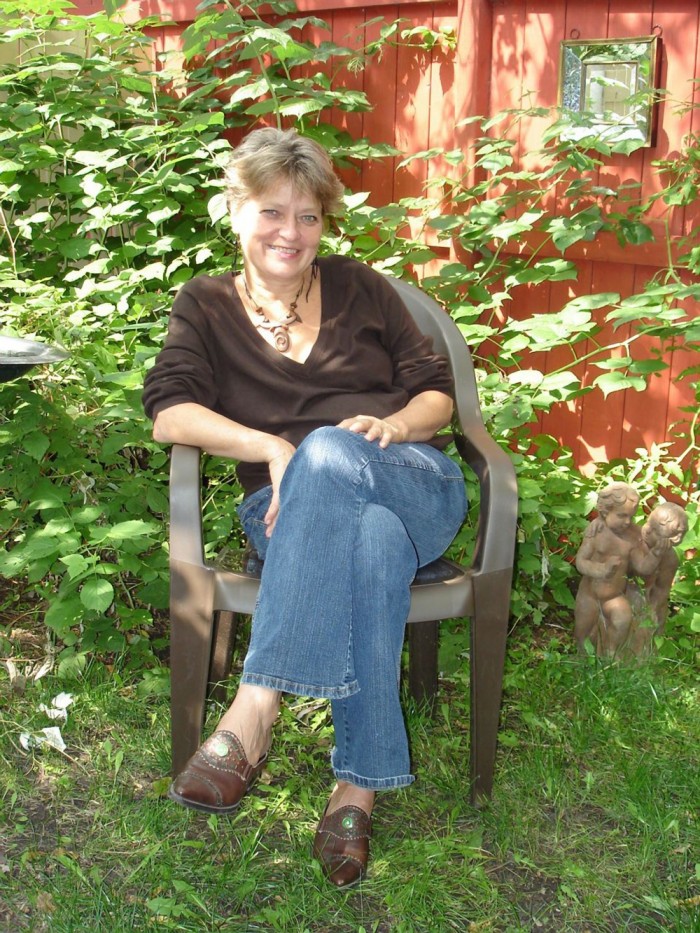 However, in terms of volume, profile, intertextual reference, style, subject matter and influence, it was a brand new oeuvre, born out of the startling and creative intersection of two cultures, both in radical flux and fascinated by each other’s faces: the traditional Mennonite community sensibility centered in the peasant villages of southern Manitoba was disintegrating rapidly under the influence of modern secular education, mechanization and corporatization of of farming and other kinds of production among the Mennonites, opportunities for travel, and the irresistible presence of television and radio; and the multicultural indigenous and immigrant communities of Winnipeg (First Nations, Metis, Jewish, Ukrainian, etc) were rising up to fashion their own eclectic intercultural postmodern identities in a mix of inherited and new “Canadian” identifications and cultural expressions in ways that intersected creatively and productively with the new Mennonite writing to the mutual support of everyone involved.

The new Mennonite writing of Winnipeg exploded into this vibrant “new” scene with great energy and panache. Very soon after that, and very much under the influence of this cultural explosion, the Mennonite liberal arts colleges of Canada and the US began sponsoring Mennonite/s Writing conferences, and fostering their own cadres of new Mennonite writers and writing. Because the American Mennonite colleges were much more established, in successfully presenting a secular modern education with strong church constituency support, the development of the new Mennonite writing in the US was much more closely tied to the scenes of these colleges, and it shows in the writing—there is much less struggle involved for the writers to find their creative voices in or against the pressures of church membership or conformity to traditional Mennonite norms. 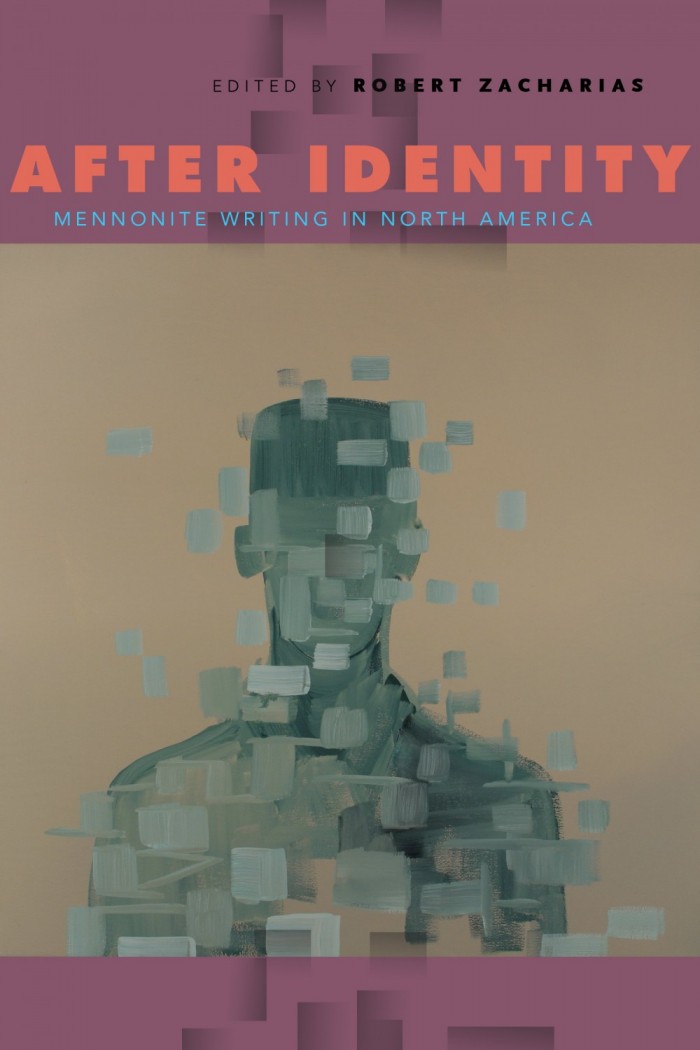 In Canada, the new Mennonite writing was, rather, part of a western Canadian effort to establish local and regional presses and writing communities.

The Manitoba Writers Guild, Turnstone Press and the creative writing programs of the Universities of Manitoba and Winnipeg were central to the development of the new Mennonite writing in Winnipeg—and thereafter across the country. I think it’s important for us to remember that, and also to remember how difficult it was for most of us to become writers in the 1980s, how much resistance we needed to put up to the many internal community forces that were trying to control the narrative identity of the Mennonites in a conservative fashion during that time of radical cultural and economic change. There was a lot of courage and creativity and fortitude involved!

Our role models and mentors for the new Mennonite writing were people from outside the Mennonite community, people like Robert Kroetsch and Dorothy Livesay and Daphne Marlatt and David Arnason. Our intertexts were H.D. and Gertrude Stein and Lorca and Miriam Waddington, more than Rudy Wiebe or Al Reimer.

These realities are in danger of being lost now that the Mennonites have reclaimed our writing (if not us) for the culture and the community—but they shouldn’t be, because the struggle was a very vital and significant part of the creative project, and to gloss over it now is to misunderstand how cultural innovation and creativity and artistic expression happens, and to perhaps lose the insights and goodness derived from those struggles for the culture in the ongoing. For example, it is commonplace in Manitoba to think of the new Mennonite writers as having broken away from the culture, when in many ways it has been the churches that have abandoned interest in Mennonite subjects and the writers who have retained them, including issues of history, psychology, language, land practice, literature, migration and poetically inflected spirituality.

Patrick Friesen was the first Mennonite to publish an influential book of poetry in Canada. He hosted the first and second Mennonite literary readings in Winnipeg, featuring himself, myself, Audrey Thiessen, Sandra Birdsell, and Rudy Wiebe, in the 1980s. The second of these readings was called The Missing Mennonite CABARET, and was held at Act II Restaurant in Winnipeg. This reading was followed by an influential CBC radio interview featuring Patrick Friesen, Sandra Birdsell, myself, and Rudy Wiebe.

Patrick Friesen’s essay collection, Interim: Essays and Mediations, gathers together essays written over a period of 20 years, with subjects ranging from Russian poets and Canadian dancers to the haunting voice of Richard Manuel and his own Mennonite upbringing in rural Manitoba. These essays are crucial for an understanding of the genesis of the new Canadian Mennonite literary writing, dating from the 1980s to the present, which has been characterized by a deeply bifocal vision, with “one foot in/one foot out” of the rural peasant traditionalist culture of the Mennonite people, the other engaging fully with the contemporary urban cosmopolitan world of the Canadian (and international) postmodern.

This special issue of Prairie Fire was the first time a Canadian literary magazine featured Mennonite writing as a collective (inter) cultural project, written by Mennonite writers, but strongly referencing also contemporary postmodern thinking and the extraordinarily generative multicultural context of the Winnipeg literary scene of the 1980s, inspired by the newly formed Manitoba Writers Guild and the local publishing mandate of Turnstone Press, and generously facilitated by such writers, editors, teachers and colleagues as Robert Kroetsch, Smaro Kamboureli, Jan Horner, Kristjana Gunnars, Pamela Banting, Jamis Hutchison, Pat Sanders, Kate Bitney, and Andris Taskans. The issue announced the new dialogic and intercultural direction of the new Mennonite writing in striking, entertaining, and deeply moving ways, and became the basis for much of the new Mennonite writing and critical reception to follow. Julia Kasdorf, The Body and the Book: Writing from a Mennonite Life (Keystone Books, 2009).

Julia Kasdorf was the first contemporary American Mennonite poet to achieve prominence. Her essay collection, The Body and the Book, was originally published in 2001, and addressed subjects ranging from gender to community, domestic violence, silence, place, identity and the body. The essays are anecdotal, historical, poetic and theoretical, and provide an important interdisciplinary (inter)cultural framework for the emergence of “new Mennonite writing” in the US, particularly by women. Like the Canadian writers featured in Prairie Fire‘s special issue on the new Mennonite writing, Kasdorf’s essay collection highlights the ambivalence of the new Mennonite writers toward their traditionalist heritage, and gives a moving account of the struggles involved in trying to incorporate the best of the culture in a contemporary urban cosmopolitan and academic North American context. Kasdorf has won considerable prominence as the first new Mennonite woman writer in the US, including the Pushcart Prize.

This essay collection started as a post-doctoral literary critical project, tracking certain motifs in contemporary Canadian literary texts, but kept wandering back into subjects of Mennonite cultural and narrative identity, as well as multimedia creative arts engagements. It is a profoundly hybrid text in that sense, and has garnered an interesting set of readers in diverse fields of expertise and interest. To quote the jacket blurb, “these essays circle around questions of exile and violence, eros and wildness, land and mentoring, home and language. They are experimental engagements with a lively array of personal and cultural memories, of places ranging from Winnipeg and Windsor to Berlin, Germany, of joyfully unruly characters in Canadian fiction, of the esoteric lives of Mennonites, honeybees, and twins.”

John S. Porter, reviewing the book for The Globe and Mail, commented: “Brandt, with all her ambivalence and qualification and rebellion, loves the Mennonite tradition. She honours her peasant farming and Anabaptist roots, her Plaudietsche mother tongue. She also quarrels with certain patriarchal tendencies in her tribe. Hers is not an easy love, not a requited love, but it’s love nevertheless. When she loves her own, when she cleaves to blood and bone, she writes some of the most ecstatic prose in Canadian letters. At her best, Brandt writes with the intensity of Elizabeth Smart’s By Grand Central Station I Sat Down and Wept. Her prose lifts, it gallops – picture wild horses let out of a barn – and it accumulates phrases and verbs and modifiers like ivy gone mad on a wall. It comes close to those holy moments in writing where critic Alfred Kazin says that the word and the object are one. Fecundity and luxuriance energize her style.”

The first university course in Mennonite literary writing was taught at Goshen College in 1995, though the College was well acquainted with the emergence of new Mennonite writing through Rudy Wiebe, who taught there for several decades before moving to the University of Alberta. The journal features timely and insightful essays on the new Mennonite writing, and also creative writing, and has been publishing engaging work in several annual issues since 2009. The current issue is on the teaching of Mennonite writing in Canadian and American universities, and addresses issues of identity, violence, poetic inspiration, and numerous other topics, by Canadian and American literary critics, some of them Mennonite, others not. Many of these essays are eloquent and moving to read.

This was the first published international anthology the new Mennonite poetry, and established a transnational North American context for Mennonite literary publishing and critical reception. There is a marked difference in style and subject matter between the Canadian and American poets represented; at the same time the anthology makes a compelling case for the relatedness of the oeuvre, and presents a beautiful selection of poems collected from the scattered Mennonite community across the continent.

Di Brandt is a poet, essayist, teacher, and critic living in Brandon, Manitoba. Turnstone Press recently published a new edition of questions i asked my mother (1987), winner of the Gerald Lampert Award and nominee for the Governor-General’s Award for Poetry and the Dillons Commonwealth Poetry Prize. View books by Di Brandt.