Elder Brother and the Law of the People: Excerpt on Cowessess First Nation residential school

The following excerpt is from Robert Alexander Innes’ book, Elder Brother and the Law of the People: Contemporary Kinship and Cowessess First Nation (pages 104-115). 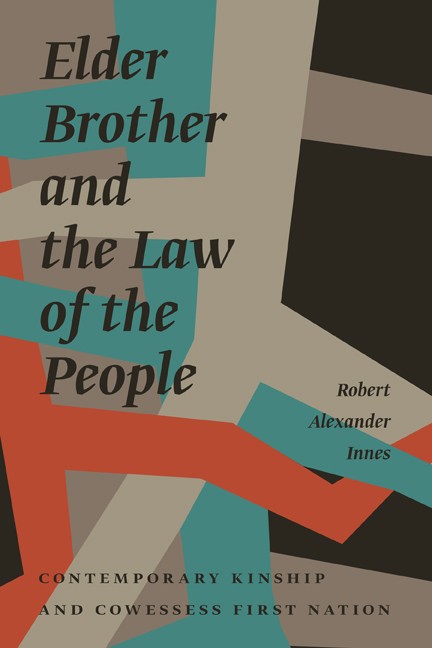 By the end of the first decade of the twentieth century, Cowessess First Nation had made significant strides in agriculture and education. This does not mean, however, that band members were satisfied with government policies. As Delia Opekokew stated, “While the history of the Cowessess Band reveals that its people made sincere attempts to co-operate with government officials, there was also a tradition of reasoned protest against those government policies which the members of the band considered to be contrary to their interests.” In 1910, Cowessess band members began to organize meetings with other Treaty 4 reserves to discuss the government’s failure to fulfil the treaty obligations. One of the chiefs’ complaints was that the residential school system was not meeting expectations for their children’s education. As Chief Joe Lerat stated at a meeting held on Cowessess reserve, there was “too much work for children and not enough book learning.” In 1911, a delegation of nine First Nations leaders from Saskatchewan and Manitoba went to Ottawa to meet with the minister of the interior responsible for Indian Affairs and the deputy superintendent of Indian Affairs to discuss their criticism of the government. [Louis] O’Soup, who, according to [historian Sarah] Carter, “had been clearly instrumental in organizing this delegation over several years,” was again the spokesman, with [Cowessess member Alex] Gaddie acting as interpreter. He presented to the minister letters from Piapot, Gordon, Leech Lake, Valley River, White Bear, Ochapowace, and Muscowpetung reserves. He then told the minister that,

I was very young when the Treaty was made, but I was in with the crowd that he [Alexander Morris] made the bargain with. When I heard what was said I thought to myself “Oh, we will make a living by the promises that are made to us….” For many years we have put our children to school and there is not one yet that has enough education to make a living. [The only way to make a living was to farm, for which they had to] go to their parents for a start and their parents have nothing to give them, and the young men is [sic] reported as lazy. But he has nothing to scratch the ground with, and cannot farm.

Indian Affairs officials attempted to downplay the significance of this visit by labeling the leaders and O’Soup as “misguided malcontents.” They accused O’Soup of making “mischief among the Indians and [creating] discord between them and those working with them for the Department.” However, the legacy of this trip was that their articulation of their treaty rights became the foundation upon which the twentieth century treaty rights movements was built. Opekokew stated that the visit “was one of the most important organized protest movements by the Indians of Saskatchewan since 1885. It was entirely an Indian movement which demanded changes in the manner in which government officials administered Indian people. As such, it was the forerunner of more permanent Indian organizations, which had as their goal the preservation of Indian rights, and the betterment of the conditions under which Indians lived.” Government Indian policies did not change as a result of this visit, though O’Soup’s request for a wooden leg was granted (he had lost his leg a few years earlier in a train accident). The stage, however, was set for other, later Saskatchewan First Nations’ organizations, such as the Allied Bands, the Protective Association for the Indians and their Treaties, the League of Western Indians, the Association of Saskatchewan Indians, the Union of Saskatchewan Indians, and the Federation of Saskatchewan Indian Nations, all of which emerged between the 1920s and 1960s. These organizations assumed the roles and responsibilities laid down in 1911, namely to continue to lobby for the fulfillment and recognition of treaty and Aboriginal rights.

During the period from just prior to the First World War to the beginning of the Second World War, the government intensified enforcement and administration of Indian policies, which compounded the economic, cultural, and social stress felt by Cowessess band members. Yet, the social and kinship connections of Cowessess people remained relatively strong.

In the 1920s, the number of students attending Cowessess’ residential school increased from sixty to seventy. This increase in student population did not, however, increase the quality of education. Many students’ days were divided into a half day of labour for the school, doing farm work, cleaning, sewing, or cooking, and a half day of instruction in the classroom. One Cowessess elder, who attended the residential school in the early 1940s, outlined his school schedule: “I remember getting up at 5:00 in the morning to milk cows and we had to be back at 6:00 am for breakfast and then go back to work. That would go for one week, and then the next week we went to three hours of classes. I know [learned] a little bit. I could read. My spelling was my downfall.” His father became frustrated with the lack of education that his son was receiving and decided to pull him from school: “My dad said, “You are not going to school no more. You will learn more here.” I said, sure, I’ll agree with that. So the priest came up and said, “You better go back to school. Fine if you don’t go back, then you will go to jail.” My dad said, “I don’t care.” The next day, he came back with the Indian agent. Because I was sixteen, I was able to stay home. For next year I farmed with my dad [and he] taught how to hunt and trap.” The poor education that the students received fell far short of First Nations leaders’ vision of education that would prepare their children to make a living. Indeed, in the late 1920s and early 1930s, the Allied Bands advocated higher educational standards and maintenance of First Nations culture within reserve schools.

High rates of runaways and the existence of gangs at the Cowessess residential school reflected the harsh treatment that students suffered at the hands of the priests and nuns. Lerat remembered how the older boys dealt with the treatment they received: “I was cheeky enough to know that I didn’t want to be in school. I wanted to go out in the barns, even on Saturday, but Earnest [Lerat’s cousin] said no, I could not go out there because the bigger boys always had a gang fight in the pump house while the farm instructor was away. There were two gangs.” These experiences are reminiscent of those described by Basil Johnston concerning his time at a residential school in Spanish, Ontario, and by students of a Chilocco Indian Boarding School in Oklahoma, which suggest just how common and widespread such experiences were among Indigenous children at this time.

Through boarding school we never learned [about family]. Family was already separated, the girls on one side, the boys on one side. We couldn’t speak our language. So having that separation and being in boarding school, there were a lot of our cultural teachings that were taken away, so we were brainwashed with their knowledge and lifestyle. That took away a lot of our given right to know about our own relatives and family, about the way things should be. But as I grow older, I start to understand this and now today when elders speak about all my relations, I understand that now. It’s not just one, it’s not just my immediate family, it’s not my cousin, it’s everybody. We are all one. I understand that now.

As will be examined more fully later in the book, the residential school experience has had a direct, negative impact on kinship relations.

In the 1930s, First Nations language use began to decline among young people, due mainly to assimilative efforts by the priest and nuns at the school. As mentioned earlier, the late elder Adele Asaican stated that a majority of Cowessess people spoke what she called a “half-breed Cree.” For her, this meant a blended language of Cree and Saulteaux. This blended language might, perhaps, explain the very existence of the name “Cowessess,” a fusing of the Saulteaux word for little child—“kawazauce”—with its Cree equivalent, “awasis.” At any rate, after three decades of residential school experience, parents and family members were not inclined to encourage their children to speak their historic language, for fear of mistreatment. Harold Lerat (2005) first attended residential school in 1937, and explained how he lost his language:

When my dad went to school he was not allowed to speak Saulteaux or Cree. The kids would get beaten if they did, so when his older kids went to school, Dad said not to speak Cree or you will get beat up. The older ones all spoke the Indian languages at home, but because Elsie and I were in school after our parents died, we lost our language. I learned a few words when relatives came to visit, but back then kids had to be quiet when you had company so I would go out of the room, and because I stayed away, I didn’t learn. As a result of these kinds of experiences, a majority of Cowessess elders who attended school from the 1930s onward do not speak their parents’ language.

Through government policies and legislation and church-run residential schools, First Nations people from the late nineteenth century and well into the twentieth century were under tremendous pressure to abandon their traditional culture and assimilate to the values of the dominant Euro-Canadian society. The assimilation policies, however, never quite achieved Duncan Campbell Scott’s stated goal of absorbing Indians into the Canadian body politic. Traditional cultural practices, such as languages, ceremonies, and kinship patterns, were greatly affected but never totally eradicated.

University of Manitoba Press is hiring a Promotions Coordinator »