In March 2012, I curated a performance series, “Terrance Houle and Adrian Stimson: Exploring Indigenous Masculinities,” in Kingston, Ontario. One of the aims of the project was to produce a stage from which Indigenous artists could ignite conversations about models of Indigenous male identity. The resulting performance series involved two artists, Terrance Houle (Blood/Ojibway) and Adrian Stimson (Siksika) and multiple performances, two of which I will explore here. 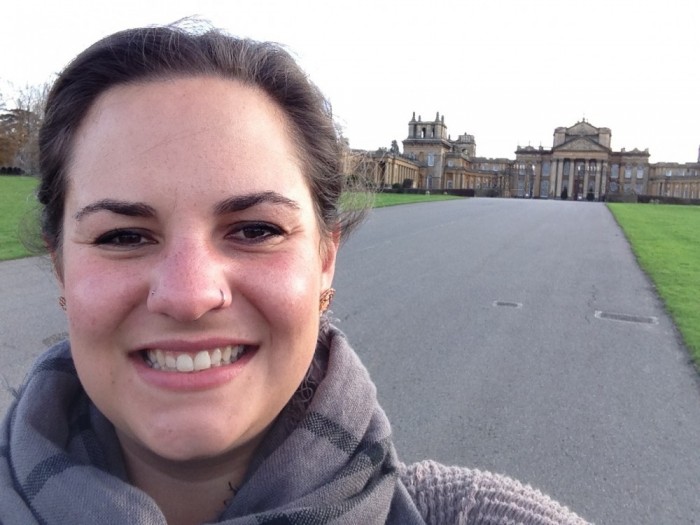 In the first performance, Ipapá’kaawa, Houle performatively engaged with his paternal lineage and Blackfoot ancestry by enacting a dream of his father’s. Stimson’s Buffalo Boy’s Born Again followed Houle’s performance, and explored the destructive force of colonialism, and specifically religion, on Indigenous identity.

I will explore the performances of Houle and Stimson in order to demonstrate the ways in which male performance artists create sites of interrogation where understandings of Indigenous masculinities are questioned and analyzed.

Stimson presents a model of Indigenous masculinity that includes Two-Spirit or queer identities, and therefore also exists outside the expected stereotype of the Aboriginal male, but he also shows how those models were disavowed. 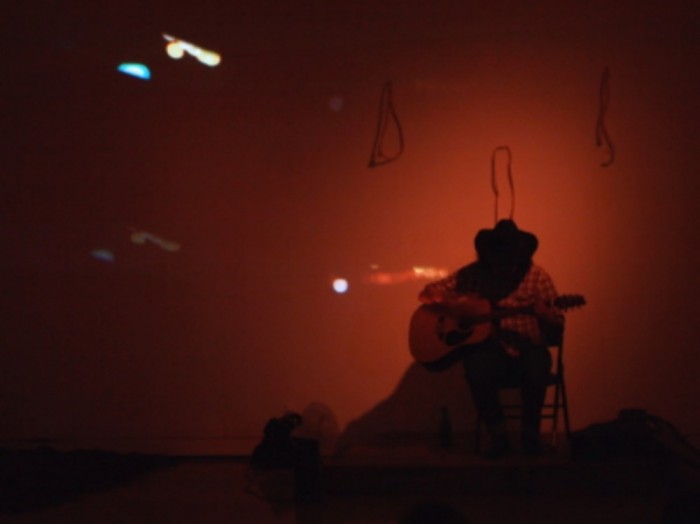 He uses historical references to translate the history of assimilation of Aboriginal communities to Western concepts of sex and gender, and the way it was enforced through hatred, violence, religion, and condemnation. Stimson identifies a model of Indigenous masculinity and, through its visualization, we understand that it has been erased by histories of colonial violence. The artist not only translates a larger history of the colonial project but also his own history, through the identification of his own struggle as someone who identifies as Two-Spirit.

Stimson’s story, however, is not purely one of suffering. The artist also translates the protective element of his history through his use of paint (his painted face) and his powwow dance. In addition, through the process of rebirth, as he is resurrected, Stimson uses the words of the preachers to demonstrate his resiliency and the resiliency of Indigenous peoples. The resurrection perhaps explores the reconnection of Indigenous peoples with traditional understandings of gender and sexuality which, although Stimson has struggled with, he has also worked to recover.

Though his dance, paint, and connection to his people, all embodiments of tradition, Buffalo Boy recovers from the crucifixion to rise again. The rebirth is perhaps the most important aspect of Stimson’s piece as it symbolizes the re-membering of Indigenous understandings of sexuality and gender, despite the attempted destruction of those beliefs.

The embodiment of Indigenous knowledge, as presented in the use of dance, paint, and even buffalo hides, demonstrates how men are drawing from and reinforcing the strength of traditions to redefine Indigenous masculinities. In his book about Hawaiian masculinities and the effort of Hawaiian men to create empowered Indigenous identities, Native Men Remade: Gender and Nation in Contemporary Hawai’i, Ty P. Kāwika Tengan explores how life history narratives and storytelling allow for reconnection and remembering. He identifies the way in which Hawaiian men have made use of storytelling and connections to traditions through other embodied practices to “work to negotiate the contradictions of defining self and nation.” As seen through, in part, the use of dance and paint, both Stimson and Houle made broad use of their own personal life narratives and their Blackfoot and Ojibway traditions in their work.

In both artists’ performances, these contemporary traditions are employed to connote protection and safety, thereby evoking a resiliency of traditional forms as well as the empowerment of Indigenous masculinities through connections with traditions. For instance, Houle uses paint to protect himself from Western influence, even once he has tried to strip it away by removing his clothing. In the same way, Stimson uses Buffalo Boy’s makeup like war paint, embodying the tradition of painting as protection and ceremony. In addition to the paint, Stimson protects himself from the onslaught of hatred by entering a trance. His trance consists of shaking and powwow dancing, which he says demonstrates the resiliency of Aboriginal cultures. In this moment, Buffalo Boy protects himself from the bombardment of religion and hate-filled homophobic speech utterances by connecting with his own cultural traditions. Stimson therefore demonstrates the use of culture to protect, as he survives the crucifixion to rise again, but also the resiliency of Aboriginal cultures, which continue and shift and do not remain static. 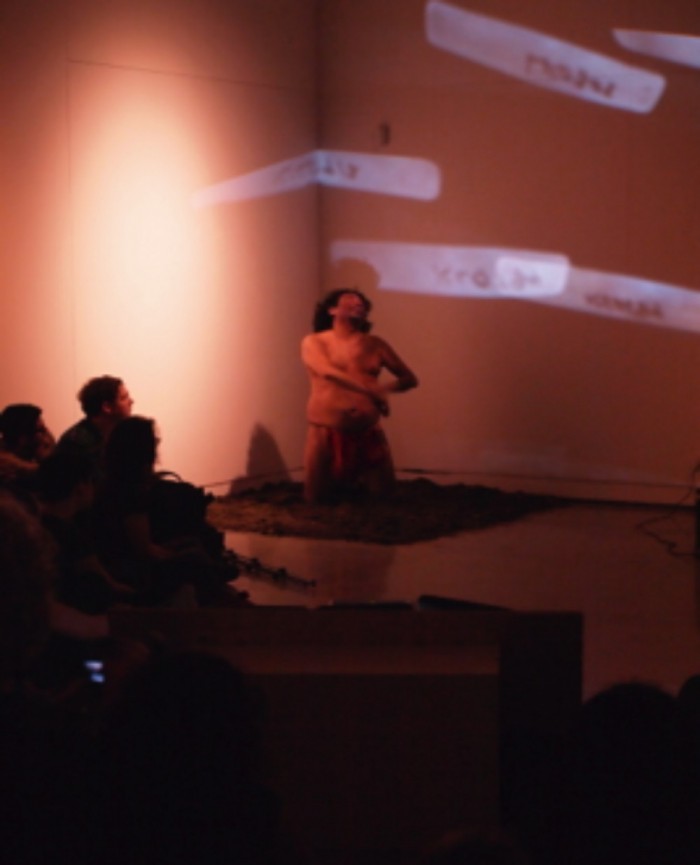 In connection with his own history, Houle’s Ipapá’kaawa is an example of a life history narrative, in which he performs his deep-rooted connection to his family, ancestors, and culture. In Ipapá’kaawa, the artist performatively attempts to disconnect himself from the Western world and instead connects to his family history and traditions. Before entering his father’s dream, however, Houle explores the struggle, as an Aboriginal man, to come to terms with colonialism and its influence on his identity. He shows himself as lonely and enveloped in sadness. In order to enter the dream, Houle strips away his Western clothing, which signifies the trappings of Western culture. Putting on his loincloth, he explores the potential to return to a contemporary experience of his culture, as he is comforted by the loincloth and its connection to his past.

In this moment, there is a connection to Tengan’s Hale Mua, whose teaching includes a return to the malo, a traditional Hawaiian clothing for men. Tengan writes that, for many men, in stripping away their Western clothing, they struggle with bodily inhibitions and historical ignorance that are a result of the disconnection from the rituals of wearing the malo. The malo, which was originally a sign of masculinity, became commoditized in imagery of Hawaiian cultures viewed by outsiders. In learning to wear the malo, the Hale Mua are returning to, and reclaiming, this signifier of masculinity. In the same way, Houle wears the loincloth to reappropriate a signifier, too. While the loincloth itself works as a tangible example of reappropriation, by stripping away his contemporary clothing and choosing to put on his loincloth, he takes back control over his body as an image of Indigenous masculine identity.