This text starts from the premise that what we call “traditional Indigenous masculinity” is in actuality a particular masculinity that has developed since colonization; in part, at least, mimicked on dominant forms of invader masculinity. I hasten to point out that I do not use “mimicry” as some throwaway term; rather, mimicry at gunpoint is a more apt coinage. Mimicry tends to be understood through a natural hierarchical dialectic, where an inferior culture mimics the superior culture; yet the facticity of the matter saw accommodation of an invading culture as increasingly the only way for Indigenous peoples to survive. 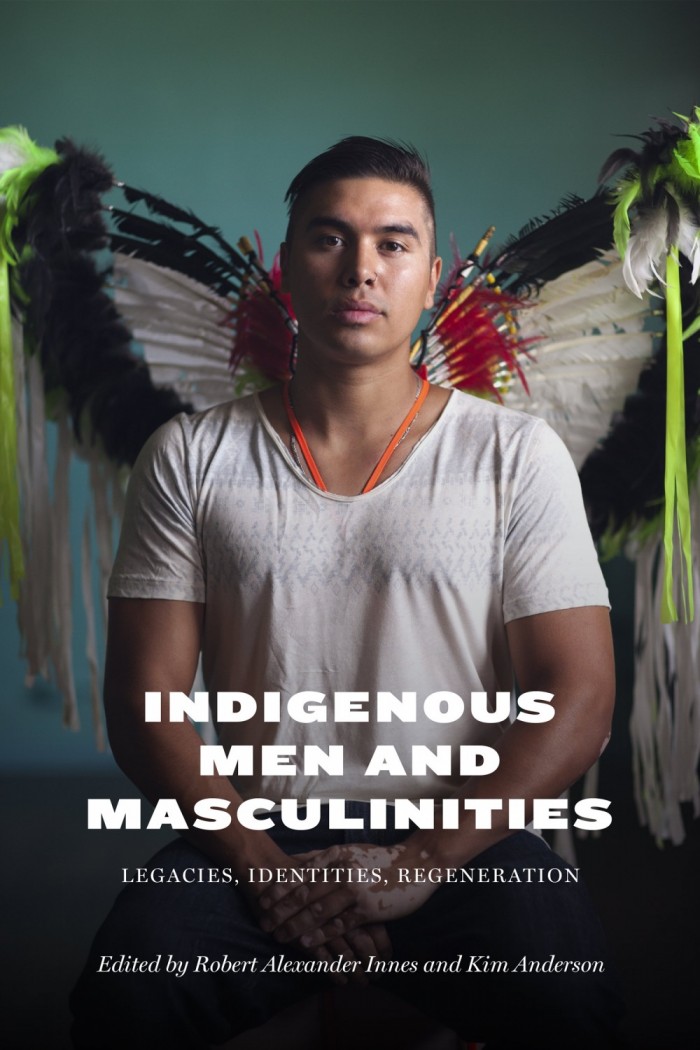 This is not to say, however, that Indigenous men unwittingly fell into heteropatriarchy and innocently enjoyed its benefits; there must be more responsibility than that. And it is this responsibility, through demystifying the genesis of post-contact Indigenous masculinities, that I am most interested in. To paraphrase Stuart Hall, Indigenous cultures have come to a point where we can no longer translate our collective identities through the innocent Indigenous subject. Indigenous heteropatriarchal men have willingly enjoyed a dividend through association with dominant forms of colonizer subjectivities. Regardless of the atrocity of colonization, it is an inauthentic position to eternally point the moral finger at the ethical corruption of colonization for, in this instance, the contemporary heteronormative patriarchal face of many Indigenous cultures remains to subjugate women and alternative forms of Indigenous masculinity and sexuality.

Yet perhaps it is necessary to provide an essentialist imagining of the innocent pre-contact Indigenous masculine subject and sexualized subjectivity, as a point zero. Perhaps he/she was androgynous. Perhaps sexuality was free of the repressive and singular nature that has become traditionalized into the core of post-contact masculinity. Perhaps there was no compulsion to overcome the hesitation to speak about sex and sexuality in all its variety.

Perhaps the symposium on Indigenous sexuality from whence this chapter derives speaks to another time, when no such symposia were necessary. I imagine pre-colonial societies to be much like the seventeenth-century Europe that Foucault imagined: “Sexual practices had little need of secrecy; words were said without undue reticence, and things were done without too much concealment; one had a tolerant familiarity with the illicit…. It was a time of direct gestures, shameless discourse, and open transgressions, when anatomies were shown and intermingled at will…it was a period when bodies ‘made a display of themselves.’”

As the story goes, colonization brought with it the productive and repressive nature of nineteenth-century bourgeois orthodoxy, stoicism, and clear gender divisions, determined by heterosexuality. Hegemonic British culture, in particular, was in a constant apprehensive state regarding the contamination of the masculine by the feminine. Hence, the production of private boys’ schools, and the explicit inculcation of stoicism through sports such as cricket and rugby. In the New Zealand context, it is no coincidence that colonial authorities attempted to create a Māori gentry modelled on their British counterparts through the creation of Māori boys’ private boarding schools where rugby in particular played a central role in producing a certain form of heterosexual masculinity, an “old-boy” masculinity, and, in particular, a burgeoning form of hybridized masculine leadership that would enable more effective assimilation as, once schooled, the subjectivity returned to provide leadership in communities in the rural margins.

In general, then, one of the symptoms of Indigenous masculinity’s mimicry of invader masculinity was the divestment of the feminine out of the masculine. In a Lacanian sense, a masculine subject position was seen to be a rejection of the feminine subject in unconscious terms. The foundation of post-contact Indigenous masculinity, thus, was based upon what Indigenous masculinity was not. Such foundational insecurity has led to ritual displays of physical manliness and hypermasculinity, along with the traditionalization of heterosexuality, homophobia, and patriarchy. And here patriarchy is defined as including crude acts of aggression, but more importantly as “men’s control of women’s bodies and minds…deeply entrenched in rituals, routines and social practices.”

Key to the inculcation of heteropatriarchy within Indigenous masculinities was the reconfiguring of the relational social stratification to mirror the bourgeois European family with its focus on economic rationality and normativity. Jock Phillips has outlined what this looked like in New Zealand:

“Through much of the nineteenth century the family was accepted as an essentially patriarchal institution. By law, men controlled the property in any marriage and the family was seen as a functional economic unit under the leadership of the male.” Thus, some forms of Indigenous masculinity came to include “ownership” over land, women, and children, which also reflected the kind of hyperdomineering masculine sexuality that has subjugated the New Zealand sexscape.

One of the purposes of inculcating Indigenous cultures with heteropatriarchy was to produce men who would conceive of paternal responsibility as a natural way of being. Moreover, “as long as the nineteenth century patriarch provided for his family, he could regard himself a ‘good father’ and was, thereby, licensed to absent himself emotionally and, in the process, wreak huge damage on his family.” The governance of Indigenous men into patriarchal roles was ratified through the organization of European bourgeois domestic life; the ideology and practice of “separate spheres.” So-called traditional Indigenous culture came to reflect gender-role separation where a domestic sphere of action was defined for women, whereas men (but not all men) controlled the finances and, importantly, the political and public spheres. In New Zealand, for example, even today as these pseudo-traditions are maintained, seldom if ever are women allowed to talk in the “traditional” public sphere. The assimilation of invader masculinity into Indigenous masculinity led to the public face of power at least to be exclusively male. Indigenous masculine leadership came to reflect modernity’s masculinity. Similarly, Indigenous heterosexuality came to reflect such a sentiment where Indigenous women became the property of men and, thus, under these conditions were given very little say in the matter.

The mimicry of dominant invader sexuality by Indigenous men occurred in convergence with pre-colonial culture. Sexuality became carefully confined. Anatomies were no longer shown and they no longer intermingled at will; rather, they were moved into the confines of the home: “The conjugal family took custody of it and absorbed it into the serious function of reproduction.” Productive heterosexual patriarchy became the model, the norm—the postcontact tradition that reflected invader culture, yet also reproduced the focus of Indigenous cultures on genealogical lineage.

In the patriarchal Indigenous bedroom, pre-contact genealogical traditions (i.e., sexual partnering that was determined by producing offspring who held appropriate hereditary lines) merged with the demand for fertility by the utilitarian modern colonial and capitalist state. As Foucault questions in another context, “At a time when labour capacity was being systematically exploited, how could this capacity be allowed to dissipate itself in pleasurable pursuits, except in those—reduced to a minimum—that enabled it to reproduce itself?” Under these conditions, the majority of sexual practices that were previously (i.e., pre-contact) barely worth mentioning due to their ordinary nature (or so my imaginings tell me) become repressed. Sexuality becomes singular in its hidden performance within the heterosexual parents’ bedroom, while other forms of sexuality lie vanquished outside of “tradition”: “Nothing that was not ordered in terms of generation or transfigured by it could expect sanction or protection. Nor did it merit a hearing. It would be driven out, denied, and reduced to silence. Not only did it not exist, it had no right to exist… repression operated as a sentence to disappear, but also as an injunction to silence, an affirmation of nonexistence, and, by implication, an admission that there was nothing to say about such things, nothing to see, and nothing to know.”

Such is the repressive and silencing nature of tradition and authenticity in Indigenous discourses. Or rather, the recourse to origins of sexuality has produced an invented tradition of heteropatriarchal sexuality that serves to de-authenticate other forms of sexuality.

Heterosexuality as a strategic object of the colonial complex was instilled into dominant forms of post-contact Indigenous masculinity; strategic, on the colonizer’s part, in terms of reproducing upstanding heterosexual brown citizens, but also strategically repressive on behalf of a dominant Indigenous masculinity wilfully disciplining and excluding variant forms of sexuality that represented anti-conformity through tacit understandings of tradition and authenticity.

Brendan Hokowhitu is the Dean of the University of Waikato’s School of Maori and Pacific Development in northern New Zealand.