Fighting Shame through Love – A Conversation with Daniel Heath Justice
From Masculindians: Conversations about Indigenous Manhood

Sam McKegney: Can literature and story and even critical theory unpack and reverse some of that stigmatization or—I don’t even know if I want to use the word stigmatization because I don’t know if it adequately speaks to what I’ve been trying to get at—but rather this elision of the sensual male body? 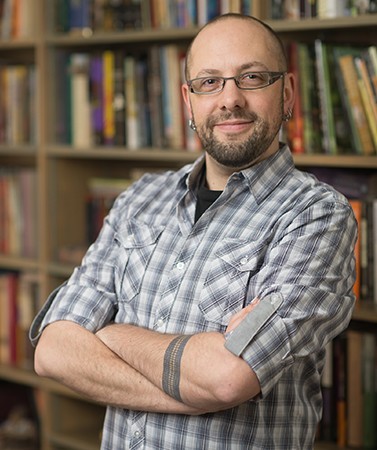 Daniel Heath Justice: What strikes me is the male body is seen as capable of and a source only of violence and harm. When that’s the only model you have, what a desolation, right? When your body, the only way your maleness is or should be rendered is through violence, through harm, through corrupted power. Oh, it’s just tragic. We need to see the body— the male body—as being a giver of pleasure, not just a recipient of somebody else’s acts, but a source of pleasure for the self and others. Whether it’s sensual pleasure or just kind of gentleness, kindness, a nice handshake rather than a crushing one. Or a pat on the back or tousling someone’s hair or just a touch that is not a taking touch but a giving touch. 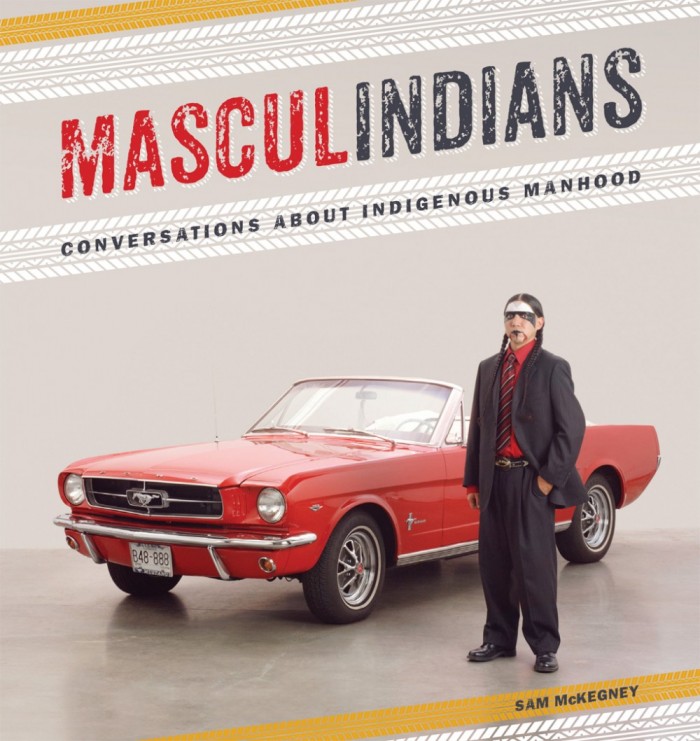 But the models of hypermasculine maleness that we get: if the male body isn’t giving harm, it’s taking pleasure. It’s always extractive. It’s either penetrative or extractive—or assaultive or extractive. One or the other, there’s nothing else. And that is such a catastrophic failure of imagination, as well as a huge ethical breach. To imagine that the male body is only capable of wounding. And it’s crippling to the soul to imagine that your only function in life is to hurt people. So literature ought to give us alternatives.

One of the scenes I’m proudest of in The Way of Thorn & Thunder is the scene with Tobhi and Quill, their love scene. I love that. Tobhi’s a scrapper but he’s nervous when he’s with his beloved. And he’s made it clear: he’s had sex before, this isn’t his first time. We don’t necessarily assume it’s Quill’s first time; it might be, we don’t know. But he’s nervous, he’s scared, like guys get, you know? Even in the age of Internet porn that’s just all about exploitation and really degrading treatment, guys get spooked, guys get scared and nervous and excited and want to bring pleasure. So Tobhi, he’s nervous and it’s Quill who guides him and she’s gentle and he responds in kind. And it’s a very loving moment. That’s one of my favourite scenes in the whole story because it’s such a tender scene, and it’s a straight scene, right? I mean, I didn’t write a hot queer scene with that one. It’s just these two very sweet, loving people who just want… it’s about giving to one another. There’s nothing about taking. Or if it’s taking, it’s after it’s been given, you know, this reciprocity.

Those kinds of scenes, those kinds of stories, when we talk with other men, talk about the pleasures given rather than simply the pleasures received. Even now, I don’t know if there are a lot of conversations about, “Yeah, well, the first time I made someone climax, what was that like?” No, that’s not the story we often hear. We hear, “My first climax.” Well, what about the first time you gave pleasure to somebody else? And that’s sexual pleasure. What about the time when you hugged someone and it was exactly what they needed. That’s a warrior’s act, as well, to know what’s needed to be done and to do it boldly and without need of response.

To fight against shame through love.

Daniel Heath Justice is a Colorado-born Canadian citizen of the Cherokee Nation. He is the author of Our Fire Survives the Storm: A Cherokee Literary History (University of Minnesota Press, 2006) and numerous critical essays in the field of Indigenous literary studies. With James Cox, he is the co-editor of The Oxford Handbook of Indigenous American Literature (Oxford, 2013). He’s also the author of the Indigenous epic fantasy novel The Way of Thorn and Thunder: The Kynship Chronicles (University of New Mexico Press, 2011). He is currently chair of First Nations Studies at University of British Columbia.

« Celebrating Indigenous Scholarship at the U of S