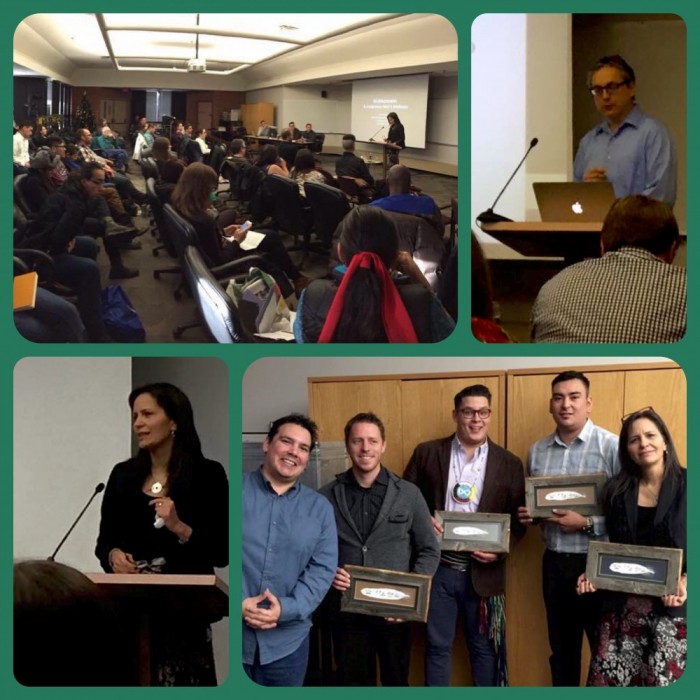 From AMIQAAQ: A Symposium on Indigenous Masculinities in Edmonton, December 3-5. UMP was represented by Kim Anderson, Robert Alexander Innes, and Sam McKegney. There was also a launch of Indigenous Men and Masculinities alongside three of Richard Van Camp’s graphic novels.

Thx to Niigaan Sinclair & Michael White for the pics!

Idea of a Human Rights Museum profiled in PBN »