LATQ is now available as an audiobook!

Mini Aodla Freeman’s memoir, Life Among the Qallunaat, published in our First Voices, First Texts series and edited by Keavy Martin and Julie Rak, is now available as an audiobook! 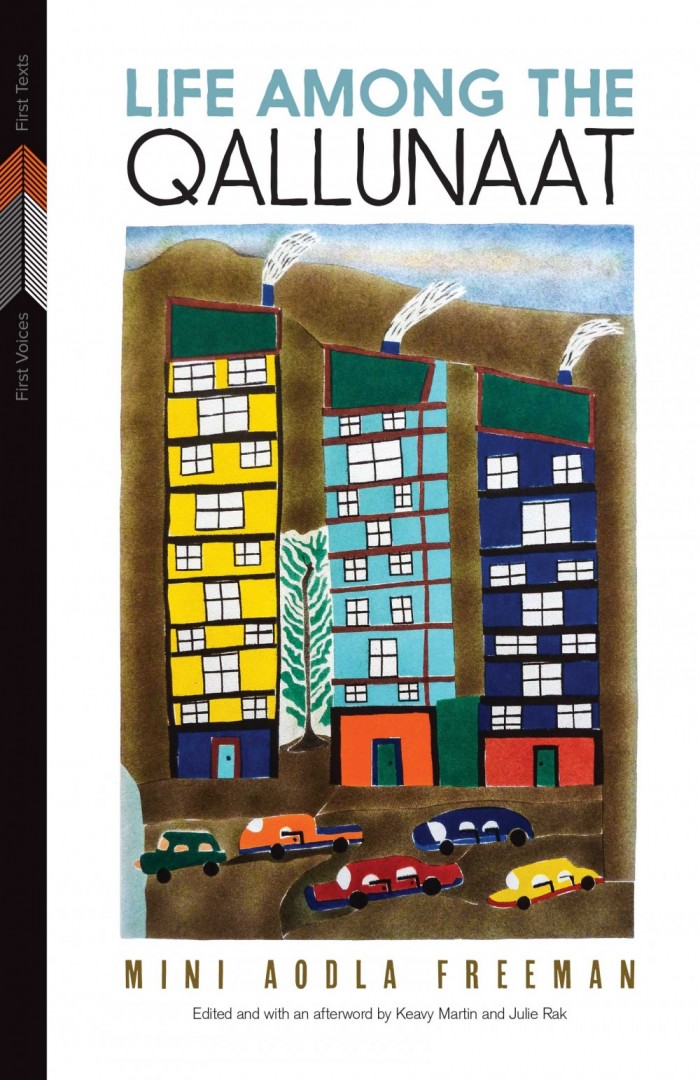 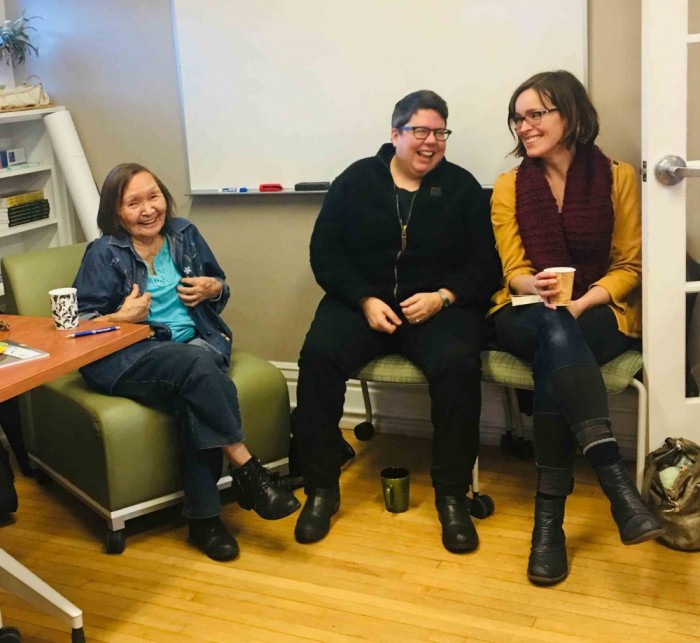 The audiobook is an unabridged version of the print book and is 14.3 hours in length. It will be available on Audible.ca, Rakuten Kobo, Audiobooks.com, Recorded Books, Downpour, Storytel, Libro FM, and Findaway as well as via library services like Hoopla and Overdrive.

This project came out of a collaboration with ECW Press, who are working with 22 Canadian publishers to produce more than 100 titles since the program was launched in 2016.

We were especially thrilled to have Taqralik Partridge narrate LATQ, given her background as a writer, spoken word poet and curator.

Originally from Kuujjuaq, NU Partridge now lives in Kautokeino, Norway. Partridge’s writing focuses on both life in the north and in southern urban centres, as well as the experiences of Inuit. She also incorporates throat singing into her live performances.

Her performance work has been featured on CBC radio one and her writing has been reproduced in Swedish and French language translations. She has toured with the Montreal Symphony Orchestra under Kent Nagano and with Les productions Troublemakers under the direction of Cinematheque Quebecoise composer Gabriel Thibaudeau. Her short story Igloolik, published in Maisonneuve magazine, won first prize in the 2010 Quebec Writing Competition and has been published in Swedish and French.

About the Book
Life Among the Qallunaat is the story of Mini Aodla Freeman’s experiences growing up in the Inuit communities of James Bay and her journey in the 1950s from her home to the strange land and stranger customs of the Qallunaat, those living south of the Arctic. Her extraordinary story, sometimes humorous and sometimes heartbreaking, illustrates an Inuit woman’s movement between worlds and ways of understanding. It also provides a clear-eyed record of the changes that swept through Inuit communities in the 1940s and 1950s.

Mini Aodla Freeman was born in 1936 on Cape Hope Island in James Bay. At the age of sixteen, she began nurse’s training at Ste. Therese School in Fort George, Quebec, and in 1957 she moved to Ottawa to work as a translator for the then Department of Northern Affairs and Natural Resources. Life Among the Qallunaat was first published in 1978 and has been translated into French, German, and Greenlandic.

Life Among the Qallunaat is the third book in the First Voices, First Texts series, which publishes lost or underappreciated texts by Indigenous writers. This critical edition of Mini Aodla Freeman’s groundbreaking work includes revisions based on the original typescript, an interview with the author, and an afterword by Keavy Martin and Julie Rak, with Norma Dunning.

About the Authors
Mini Aodla Freeman is an author, playwright, and translator born on Cape Hope Island in James Bay, Nunavut.

Keavy Martin is an associate professor in the Department of English and Film Studies at the University of Alberta.

Julie Rak is a professor in the Department of English and Film Studies at the University of Alberta.

« Helene Vosters to launch at MAWA!

A durational dance of collective reckoning »