Making it work for aboriginal employees

Attracting and retaining aboriginal workers has been the focus of much attention in recent years. For some, the continued social and economic exclusion of aboriginal people is of primary concern. Others are driven by the knowledge that the aboriginal population in Manitoba is growing far faster than the non-aboriginal population, making this group an important source of labour in Manitoba’s future.

Regardless of the motivation, employment issues such as the high turnover of aboriginal workers at Keeyask (Hard to keep labourers at Keeyask, July 23) are very real. The case of Keeyask presents an opportunity to move beyond finger pointing to better understanding not only why attracting and retaining aboriginal workers is a challenge, but also what we might do about it. 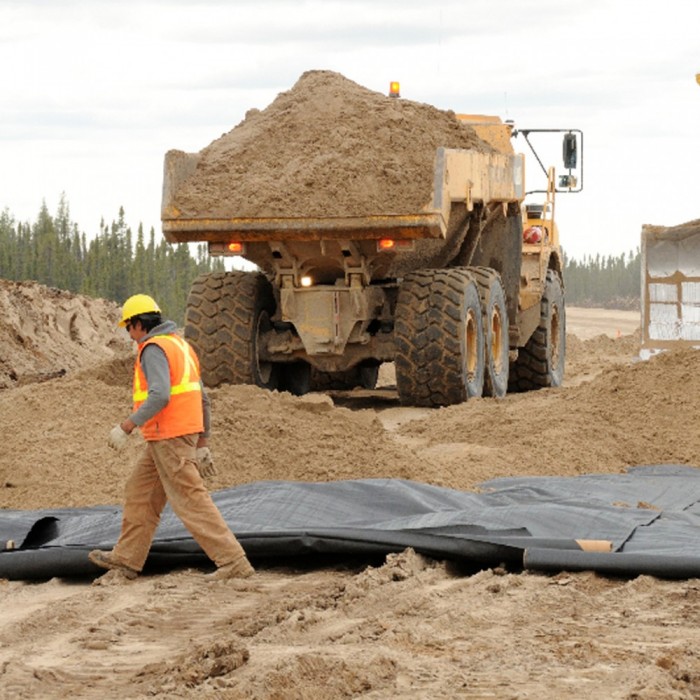 The case of Keeyask presents an opportunity to move beyond finger pointing to better understanding not only why attracting and retaining aboriginal workers is a challenge, but also what we might do about it.

Beyond Keeyask, employers continue to struggle to attract and maintain aboriginal workers. So much so that a 2012 report by the Conference Board of Canada made this a focus of a nation-wide survey of employers. In the report Understanding the Value, Challenges, and Opportunities of Engaging Metis, Inuit and First Nations Workers, employers surveyed identified two central challenges: attracting and hiring aboriginal workers, and work performance and retention issues.

Employers raised a number of issues and concerns within each of these areas but few concrete solutions were provided in the report. This is likely because it isn’t simple. The challenges raised by employers and workers will require significant changes in both government policy and employer engagement to give aboriginal job seekers the skills and supports they need to access and maintain good jobs.

The current policy for job seekers with low education and weak labour market attachment is to move them as quickly as possible through basic skills training and into a job — any job. This approach is clearly not working. Research shows that aboriginal inclusion in the labour market is most effective when comprehensive approaches are used. Those approaches include job creation, education and training aligned with interest and aptitude, on-the-job training and long-term financial and other supports for trainees as well as employers.

What can employers do?

Attracting and retaining aboriginal employees also includes connecting trainees with good jobs in workplaces where employers see that they too have a role in actively engaging in the reconciliation process.

The Truth and Reconciliation Commission of Canada (TRC) released its long awaited executive summary describing the pervasive and damaging legacy of residential school policy in Canada. The summary is both damning and hopeful, concluding with 94 recommendations for action. While the emphasis is on policy action to be taken by governments, it also calls on all Canadians to participate in a process of reconciliation. Among the recommendations is a call on the business community.
One of the calls notes that employers have an important role to play in forging new relationships with aboriginal people. Among its recommendations to the corporate sector, the TRC calls upon employers to “ensure that aboriginal peoples have equitable access to jobs, training, and education opportunities in the corporate sector, and that aboriginal communities gain long-term sustainable benefits from economic development projects.”

The TRC calls upon employers to “provide education for management and staff on the history of aboriginal peoples, including the history and legacy of residential schools, the United Nations Declaration on the Rights of Indigenous Peoples, treaties and aboriginal rights, Indigenous law, and aboriginal–Crown relations.”

The report goes on to note that “this will require skills-based training in intercultural competency, conflict resolution, human rights, and anti-racism.”

The TRC’s call on the business community is particularly important given the fact that aboriginal people continue to be over represented among the unemployed and those with low levels of education and training. Including a role for business as part of the solution is important if we are to carve out a new way forward that leads to improved social and economic outcomes for aboriginal people.

Moving forward begins with understanding not only the challenges specific to employment issues, but how these issues relate to the damaging legacy of residential schools and other colonial policies.

Aboriginal workers like Mike Hawkins, the worker quoted in the Winnipeg Free Press article, provide important insight into why aboriginal workers have been leaving their jobs at Keeyask. He notes, for example, that the Keeyask employer could “be more accommodating toward indigenous people, such a helping them get the proper training and certification they need to operate equipment or perform more specialized jobs such as drilling.”

In the context of the current policy environment, however, aboriginal people with minimal training and little job experience are not provided with the long-term, comprehensive supports they need to access jobs that offer opportunity for advancement. Further, the continued lack of “intercultural competency” noted by the TRC leads to continued racism in many workplaces, as well as resistance among some employers to hire aboriginal people.

The good news is that there are many very good employers keen to hire aboriginal workers and open to the idea of creating inclusive work environments who could use more support.

Openly discussing the challenges at Keeyask and across Canada is an important step toward improving social and economic outcomes. But policy makers and employers genuinely interested in seeking to hire and retain aboriginal workers will need to be open to a new approach.

This editorial was originally published in the July 27 issue of the Winnipeg Free Press.

Shauna MacKinnon is assistant professor in the Department of Urban and Inner City Studies at the University of Winnipeg. View books by Shauna MacKinnon.

To Vote or Not to Vote »