Merle Massie at the SBAs! 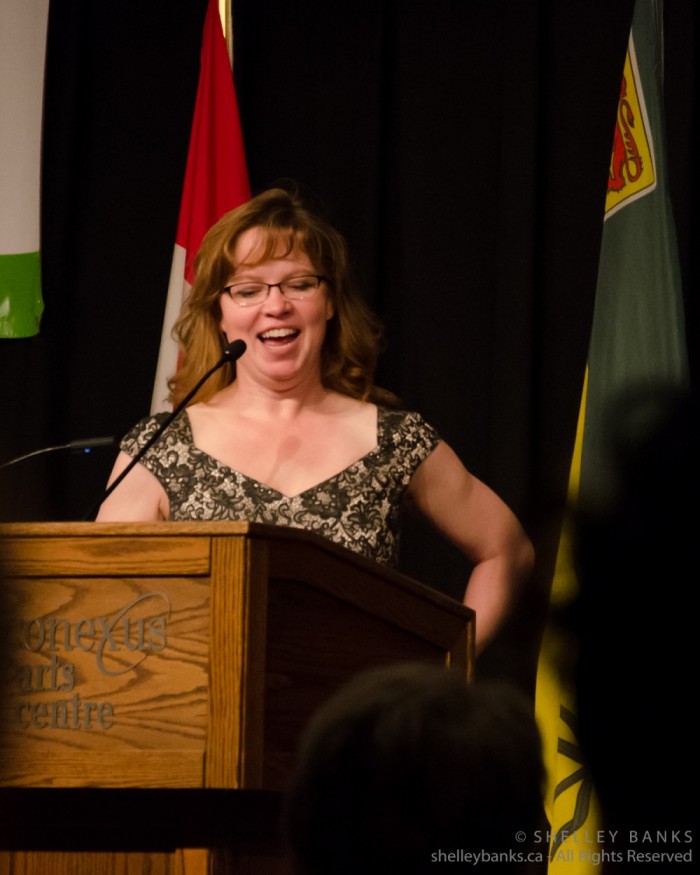 Forest Prairie Edge: Place History in Saskatchewan by Merle Massie won the he Luther College and University of Regina Arts Award for Scholarly Writing at the 2015 Saskatchewan Book Awards.

Here are the judges’ comments:

“In this fascinating, well-researched, and innovative book, historian Merle Massie tells a Saskatchewan story quite different from the more well known narratives of the plains Cree, settler societies, and political and economic developments in the southern half of the province. Instead, she embarks on a ‘deep timid history’ of a single region in the rural parkland belt around Prince Albert, the ecotone where the boreal forest and the prairies meet. An excellent book with an epic sweep.” —John McIntyre, Roger Nash, Eric Strikwerda, judges, Luther College and University of Regina Arts Award for Scholarly Writing.

And congratulations also to Robert Alexander Innes, whose Elder Brother and Law of the People was also nominated in that category: “A powerful antidote, from a First Nation’s understanding of community identity, to unjustified distinctions that damage legal and administrative perceptions of Aboriginal peoples.”