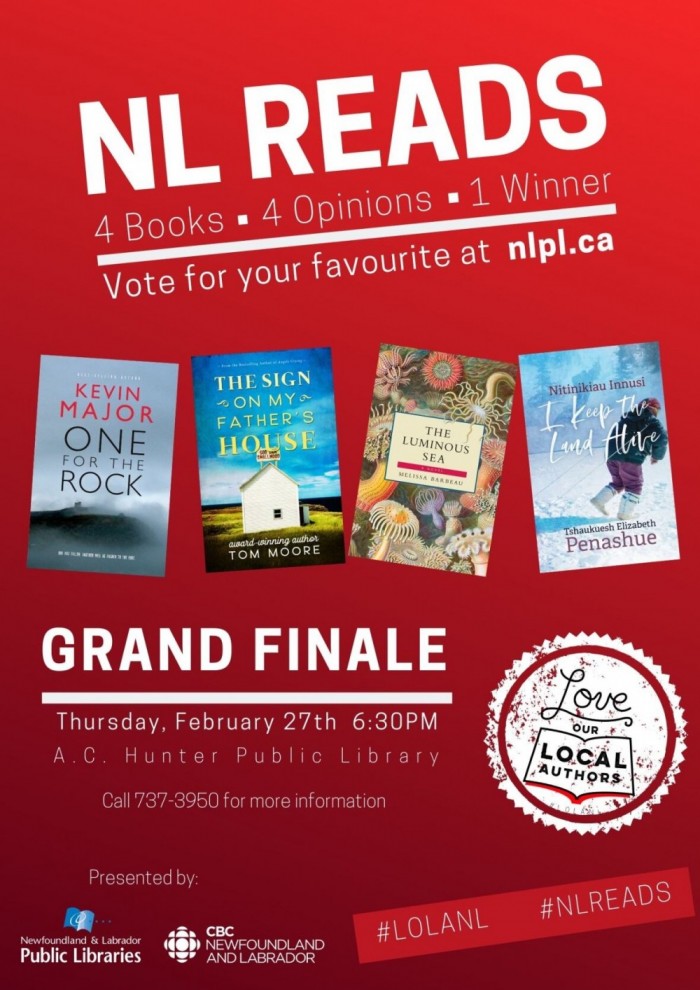 NL READS is a celebration of Newfoundland and Labrador books, authors and readers. It is our provincial “Battle of the Books,” inspired by CBC’s popular annual literary event Canada Reads. Over four months, four new local books compete for the title of Newfoundland and Labrador’s “must-read” book of the year, as determined by the reading public of our province. Thanks to a generous sponsor, since 2019 the author of the winning title also receives a cash prize: the Margaret Duley Award.

NL READS concludes in a Grand Finale at the A.C. Hunter Public Library in St. John’s, where reader-advocates try to convince the audience why their book deserves to win. After online and in-house votes are tallied, the winning title is announced. Hosted by CBC NL’s Zach Goudie, this year’s Grand Finale will be held on Thursday, February 27, 2020 at 6:30 pm.

The reader-advocate for Nitinikiau Innusi: I Keep the Land Alive is award-winning CBC writer and producer Angela Antle.

Antle writes and produces CBC radio and TV documentaries. Her Atlantic Voice docs have been recognized by the Gabriel and Gracie Allen Awards. She wrote and directed the CBC-TV documentary “Gander’s Ripple Effect: How a Small Town’s Kindness Opened on Broadway” and she wrote the feature-length documentary “Atlantic” which won awards at the Dublin, Chagrin, Nickel and Wexford Film Festivals and screened worldwide; including the Berlin Film Festival.