In honour of Orange Shirt Day, Richard Van Camp, author of twenty-two books and contributor to the Indigenous comic collection, Sovereign Traces., provided us with this book list.

My friends, these are the books that warm my heart when I think of the courage and strength of Residential School survivors. I hope these books bring courageous conversations and create empathy for what happened to Indigenous, Metis and Inuit families across Canada. I’ve always said that “Residential Schools will always be the sorrow in Canada’s bones.”

May these books bring understanding and healing.

Mahsi cho and with great respect to these authors, editors, publishers and artists and to our survivors, including my mother Rosa Wah-Shee and to all of my uncles. 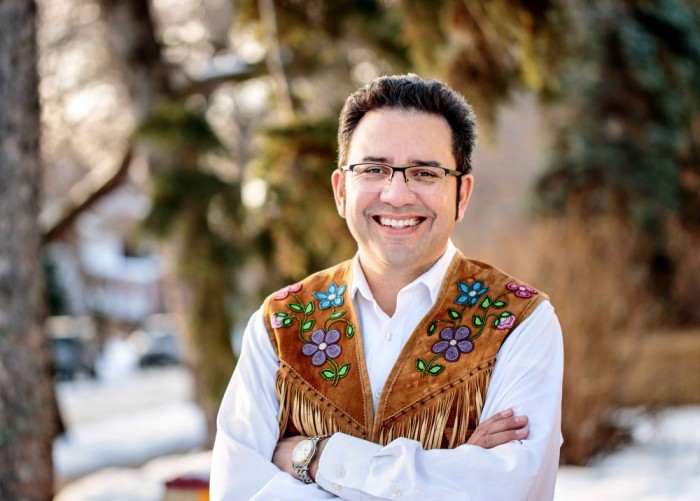 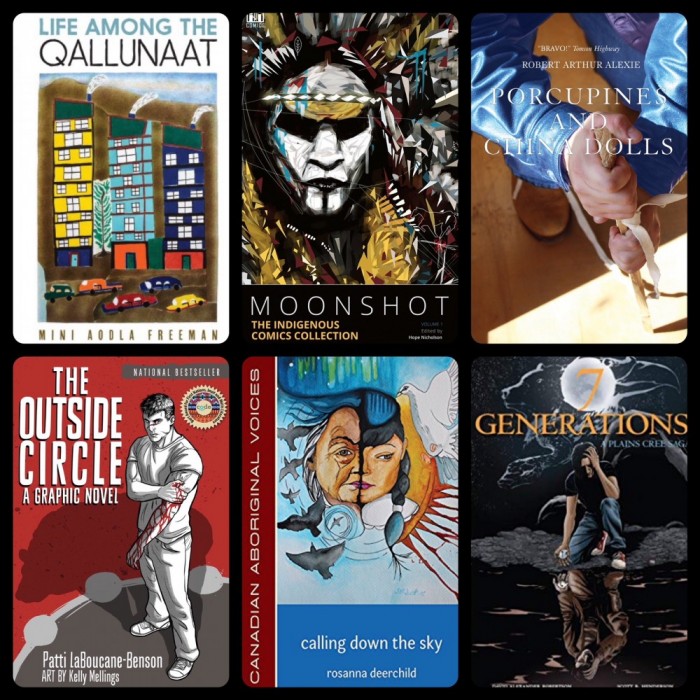 1) The Governor General Award winning children’s’ book: When We Were Alone by David Robertson and Julie Flett.

5) Monique Gray Smith’s Lucy and Lola and my book When We Play Our Drums, They Sing! (a flip book by McKellar & Martin) by Richard Van Camp.

9) Life Among the Qallunaat (Inuit memoir) by Mini Aodla Freeman.

12) Calling Down the Sky by Rosanna Deerchild (poetry)

Mahsi cho and with respect,

Richard Van Camp is a proud member of the Tłı̨chǫ Dene from Fort Smith, Northwest Territories. He is the author of two children’s books with the Cree artist George Littlechild: A Man Called Raven and What’s the Most Beautiful Thing You Know About Horses? His novel, The Lesser Blessed, is now a feature film with First Generation Films; his collections of short fiction include Angel Wing Splash Pattern, The Moon of Letting Go and Other Stories, Godless but Loyal to Heaven and Night Moves. He is the author of four baby books: Welcome Song for Baby: A Lullaby for Newborns; Nighty Night: A Bedtime Song for Babies and Little You (now translated into Cree, Dene and South Slavey!) and We Sang You Home, and he has two comic books out with the Healthy Aboriginal Network: Kiss Me Deadly and Path of the Warrior. His graphic novel, Three Feathers, is about restorative justice; his new novel, Whistle, is about mental health and asking for forgiveness and his graphic novel, The Blue Raven, is about mental health and the power of culture and friends. His Eisner nominated graphic novel, A Blanket of Butterflies, is about peacemaking where a grandmother is the hero of the story and his latest graphic novel, Spirit, is about suicide prevention. His latest novella on Reconciliation is “When We Play Our Drums, They Sing!” with McKellar&Martin is also a flip book with Monique Gray-Smith’s “Lucy and Lola.” Cinematic adaptations of his work include “Mohawk Midnight Runners”, by Zoe Hopkins based on Richard’s short story, “Dogrib Midnight Runners” from The Moon of Letting Go, Kelvin Redver’s adaptation of “firebear called them faith healers”, and Jay Cardinal Villeneuve’s adaptation of “Hickey Gone Wrong”, based on Richard’s comic book with Chris Auchter and “Three Feathers”, which is available for viewing in Bush Cree, Dene and South Slavey as well as English, based on his graphic novel. You can visit Richard on Facebook, Instagram, Twitter and at www.richardvancamp.com