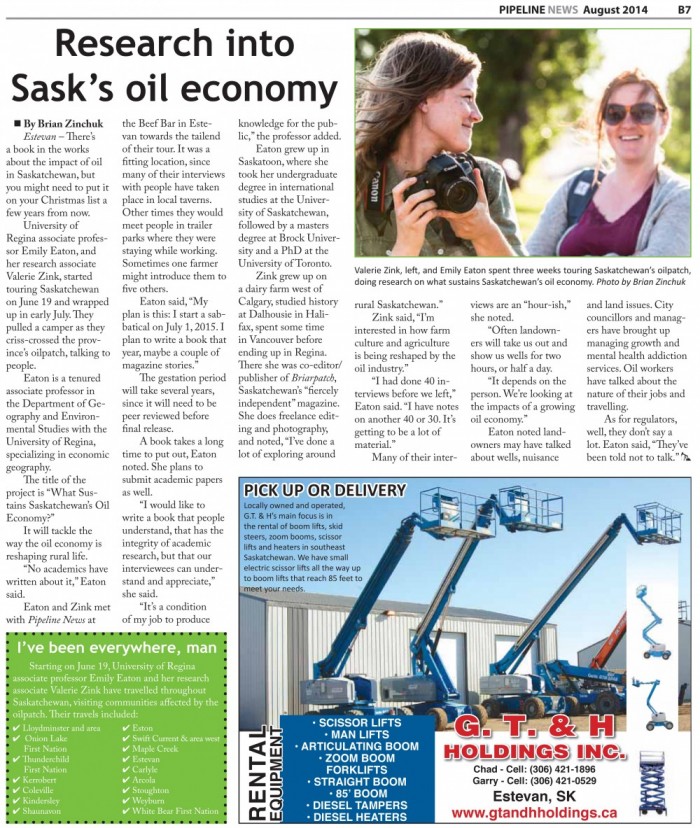 Emily Eaton, the author of Growing Resistance: Canadian Farmers and the Politics of Genetically Modified Wheat, was interviewed in the August issue of Pipeline News about her new research into Saskatchewan’s oil economy after completing several months of fieldwork.