Ottawa, November 22, 2017 – For her book titled Imperial Plots: Women, Land, and the Spadework of British Colonialism on the Canadian Prairies, Albertan author Sarah Carter has received the Governor General’s History Award for Scholarly Research, the Sir John A. Macdonald Award, which was presented in Rideau Hall today by Her Excellency the Right Honourable Julie Payette, Governor General of Canada. This award recognizes the Canadian history book deemed to have made the most significant contribution to the understanding of Canada’s past. 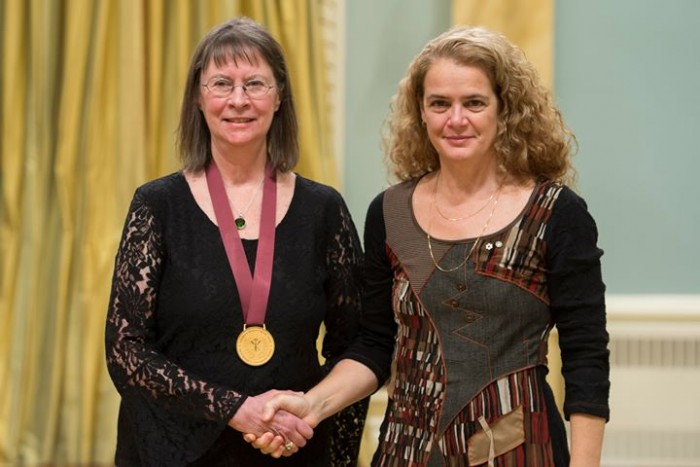 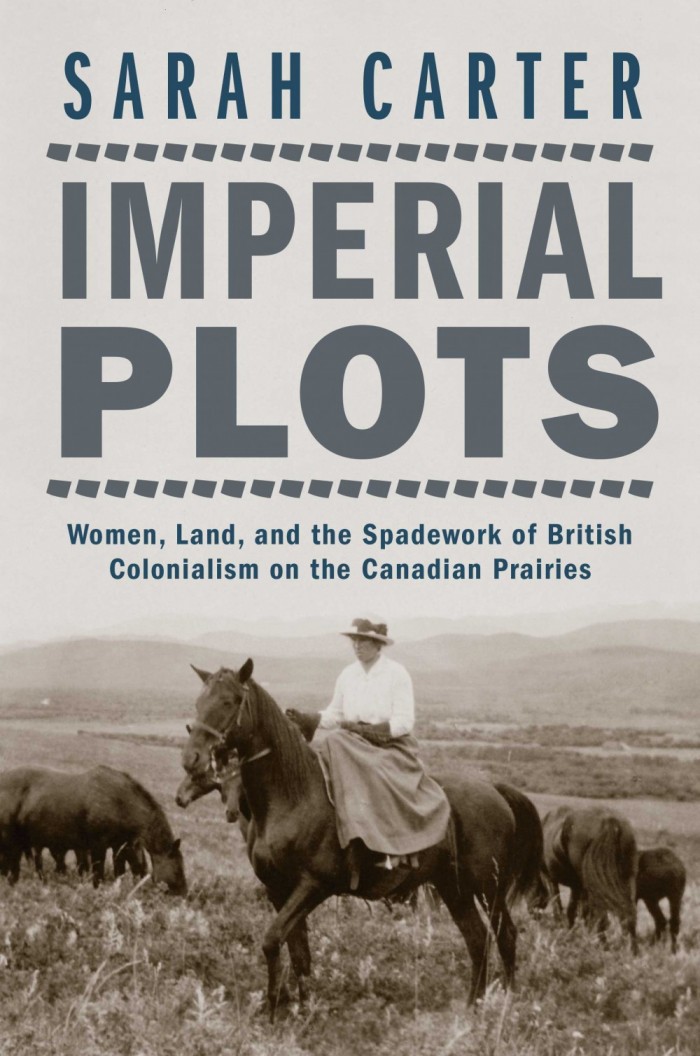 Sarah Carter is a professor and the Henry Marshall Tory Chair in the Department of History and Classics and the Faculty of Native Studies at the University of Alberta. Her book—published by the University of Manitoba Press in 2016—examines how women were the victims of land dispossession during the development of the Canadian West.

Imperial Plots looks at a chapter in Canadian history between the end of the 19th century and the beginning of the 20th, explaining the formation of the Canadian West as a British-Canadian colony. The book reveals how homesteading denied property rights to women when the territory was being developed and occupied. It highlights the ongoing struggles around gender equality, Indigenous rights, and people’s relationships with their environment.

“How land on the prairies was divided up and handed out free to some and denied to others is central to understanding the history of the region. Women, Indigenous and non-Indigenous, were virtually denied the right to homestead land. Yet they sought and fought to obtain land of their own on the prairies and to farm that land. Though largely forgotten, a few were successful, beginning with the Indigenous women farmers of the plains. They faced constraining myths about women as farmers that persist to this day,” explains Sarah Carter.

Sarah Carter’s book offers incisive reconsiderations of what it means to be “Canadian,” demonstrating that gender, race, and property have been central to the making of this country. Ms. Carter effectively moves from the macro level of national and imperial visions to the micro level of particular women. While none should be surprised that imperialism was central to the colonization of western Indigenous lands, the author exposes just how far Canadian policymakers of the time went to exclude women from enjoying a right to property.

“The Canadian Historical Association is most grateful to the Governor General and Canada’s History for their ongoing support towards scholarly research. Well-researched and well-written Canadian history can edify and inspire Canadians. And I can’t think of a more appropriate setting than the Governor General’s History Awards Ceremonies to recognize the valuable role that historians, like this year’s winner, Sarah Carter, play in our society,” states Michel Duquet, Executive Director of the Canadian Historical Association.

The Sir John A. Macdonald Award presented to Sarah Carter is another feather in the cap for this book that has won a number of awards and honourable mentions. Imperial Plots has in fact earned its author the Canadian Historical Association’s Clio Award for the Prairies region, as well as the Western Association of Women Historians’ Gita Chaudhuri Award. It was also a Finalist for the Wilson Insitute’s Wilson Book Prize and the Stubbendieck Great Plains Distinguished Book Prize, awarded by the University of Nebraska’s Center for Great Plains Studies.

Manulife Financial’s association with this prestigious award is a natural fit, since the country’s first Prime Minister, Sir John A. Macdonald, was also the company’s first president. As one of Canada’s most important companies, Manulife Financial is proud to help support this award that honours scholarly excellence.

The award comes with a $5,000 prize. The Governor General’s History Award for Scholarly Research is administered by the Canadian Historical Association, with the support of Manulife Financial.

About Canada’s History
Canada’s History is a national charitable organization whose mission is to promote greater popular interest in Canadian history, principally through its publishing, education, and recognition programs. In addition to administering the Governor General’s History Awards and publishing Canada’s History magazine (formerly The Beaver) and Kayak: Canada’s History Magazine for Kids, Canada’s History produces a number of educational and online programs to further encourage the exploration and understanding of our shared culture and history.

About the Canadian Historical Association
Founded in 1922, the Canadian Historical Association (CHA) is a bilingual not-for-profit and charitable association devoted to fostering the scholarly study and communication of history in Canada. As the largest association of its kind in the country, it seeks to encourage the integration of historical knowledge and perspectives in both the scholarly and public spheres, to ensure the accessibility of historical resources, and to defend the rights and freedoms of professional and emerging historians in the pursuit of historical inquiry. The CHA has members from across Canada, in the United States, and in Europe, and is open to anyone with an interest in history.

« Photography, shoes, and outsiders: an interview with John Paskievich