On the last day before his sudden passing, Dr. Frank Plummer—who was back in Nairobi with some of his family members in tow—remarkably renewed the acquaintance of an old friend. One of the women who in many ways made him famous. 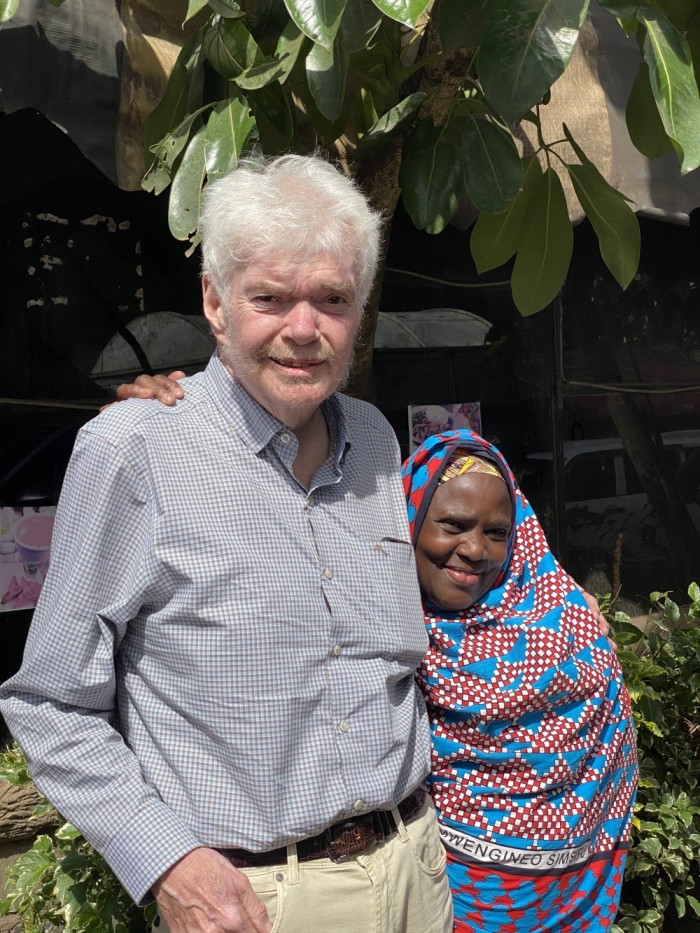 In 1992—almost thirty years ago—a young Frank Plummer met a young Hawa Chelangat. Plummer was a scientist from the University of Manitoba who had not yet made his mark as a world renowned infectious diseases specialist and founding director of Winnipeg’s National Microbiology Lab.

Hawa was a sex worker supporting five children by turning a couple of dollars a day out of the front room of her makeshift hut in a squalid shantytown.

Around her, friends were getting sick and dying of what everybody knew by then was HIV/Aids.

But she and a small group weren’t. When she went as she did every week to the small clinic run by Kenyan and visiting Manitoban doctors and nurses at the edge of her community, her blood samples told Plummer that she was for some as yet unexplained reason quite probably immune to the terrible virus. It also told him that if he were to look at her he would learn more about the human immune system then he would by studying people who were sick.

These many years later, a platoon of us, (including me) headed off to what will always be a rugged part of Nairobi. The enterprise involved purchasing half a goat, hiring a guy to cook it, and gathering twelve people around for lunch.

At the middle of it: Plummer, briefly back in his element and Hawa now sixty years old; still very much alive—with thirteen grandchildren. Still HIV negative.

In 1999, Larry Krotz made a film for the NFB, Searching for Hawa’s Secret. In 2012, he authored the book Piecing the Puzzle:The Genesis of Aids Research in Africa, which chronicled the fascinating history of the pioneering Kenyan, Canadian, Belgian, and American research team that uncovered HIV/AIDS in Kenya, their scientific breakthroughs and setbacks, and their exceptional thirty-year relationship that began a new era of global health collaboration.

Larry Krotz has, as writer and filmmaker, explored the ways our actions affect our world from Africa to Canada’s North. He is the author of five books, including Piecing the Puzzle: the Genesis of AIDS Research in Africa. View books by Larry Krotz. Visit Larry’s website.