Brian McInnes’ book about his great-grandfather, Francis Pegahmagabow, the most accomplished sniper in North American military history, has been adapted for the stage! 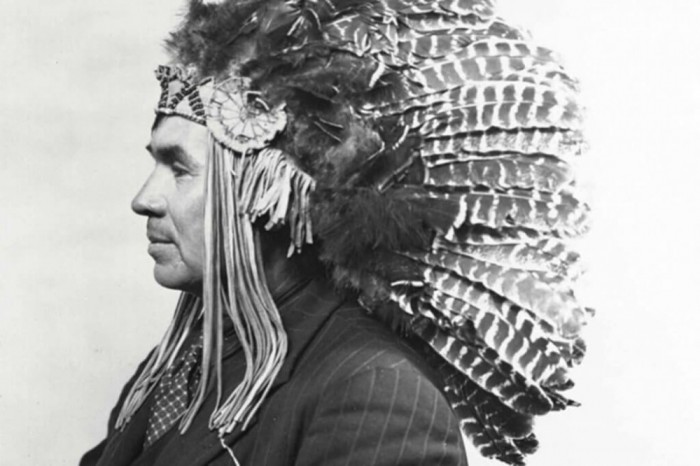 “A musical journey into the life of the renowned Ojibwe WWI sniper and decorated officer of the Canadian military, Francis Pegahmagabow. Composed by Tim Corlis and written by Ojibwe poet Armand Garnet Ruffo, Sounding Thunder is a complex work divided into three acts, exploring Pegahmagabow’s early years immersed in the world of the Anishinaabe spirits, his extraordinary accomplishments in the trenches of WWI, and finally his political life as Chief of the Wausauksing Ojibwe and founder of the early Indigenous political moment in Canada.

Written for multiple roles, both human and non-human,_ Sounding Thunder_ draws upon the memoirs of Pegahmagabow himself, family memories, and historical sources to introduce spectators to a little-known side of Canadian history while offering a fascinating story and a dynamic musical experience.A multi-disciplinary production with filmography, chamber music, dance, drumming and narration.”

The opera, featuring Brian McInnes as narrator, has so far been performed at the Wausauksing Reservation on Parry Island, at Parry Sound’s Festival of the Sound, and at the Elora Festival.

Tonight, Sounding Thunder: The Song of Francis Pegahmagabow will be performed as part of the Toronto Summer Music Festival, with a final concert scheduled for July 31 in Ottawa at ChamberFest.

In other news, McInnes recently won the Ontario Historical Society’s Fred Landon Award for the best book on local or regional history in Ontario published in the past three years, presented June 23 in Toronto.

The judges’ comments included the following:

“Brian McInnes’ book is both elegant and masterful in its weaving of language, spirituality, storytelling, family, community, and physical place on the lands and waters of Georgian Bay as he presents the world and life of his great-grandfather, Francis Pegahmagabow. McInnes’ presentation of family stories in both Ojibwe and English, and his placement of them within their historical and geographical context, underlines Waubgeshig Rice’s claim in his foreword to Sounding Thunder that the book will remain ‘a vital resource for generations to come.’”