The federal election is fast approaching. The leaders have been crossing the country announcing various campaign promises. There have been debates shown live across Canada on a variety of issues—the “important” issues. Issues regarding Indigenous people have however, not really taken up much time or space of the major parties. This is interesting given that the race for who will form the next government is very close. The Assembly of First Nations and others, have made it very clear to the leaders and to Canada, that Indigenous people could help decide the fate of candidates in as many as 51 ridings. 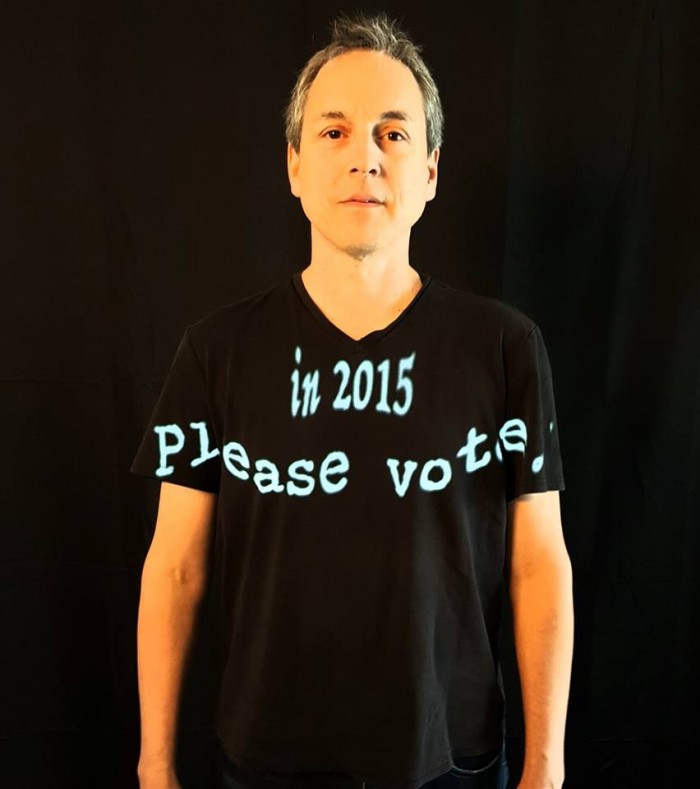 Indigenous people have not historically voted in provincial and federal elections in great numbers. This could be because First Nations people (unlike the Inuit and Metis) did not get the vote until 1960, and even then for many it was something they did not want. As a result, there are those who will not vote in this election based on a principled stance that to do so would weaken our own sovereignty. Why, they say, would I participate in a foreign country’s election to vote for our oppressors? Other Indigenous people have not voted in the past because they have not seen their interests being addressed or they didn’t see themselves as the candidates.

Yet, when Indigenous people do see their issues being addressed and they see Indigenous candidates running, they vote. Band elections are good examples of this, but so too are the examples from northern provincial and federal ridings, especially when Indigenous candidates run for election. This is helps to explain why Elijah Harper, Oscar Lathlin, Eric Robertson, Frank Whitehead, Amanda Lathlin, Doyle Vermette, Buckley Belanger, Keith Goulet, Lawrence Riel Yew, Joan Beatty, Mike Cardinal, Pearl Calahasen, were all elected to the their provincial legislatures and why Elijah Harper and Tina Keeper were elected to parliament and why, according to his son Ray, when Harold Cardinal ran for parliament the reserves in his riding had over 100% voter turnout (this was due to the fact that many reserve residents who were eligible were not on the voter’s list due to a mistake by Elections Canada and so were allowed to vote).

However, in this federal election, more Indigenous people than every before are likely to vote. There are many reasons for this but those reasons flow back to the current government and it’s treatment of Indigenous people, not to mention its treatment of the women, environment, and refugees to name a few hot topic issues. In short, the government’s actions have raised a lot of concern within Indigenous communities.

A very real catalyst for the level of interest in this election was the Idle No More movement that started in Saskatoon in November 2012 by a number of women, mainly Indigenous, who were concerned about the repercussions of Bill C-45. Within weeks after its initial gathering on the west side of Saskatoon, Idle No More not only became a national phenomenon, but also a global movement. Idle No More did not prevent the government from implementing Bill C-45, but it was able to garner an unprecedented amount of political activism among Indigenous people, especially young people. Many of those who became politicized during the winter and spring of 2012 and 2013 because of Idle No More are now poised to vote in the election, most for the first time.

Both parties have announced a series of promising policies. For example, if elected both will launch an inquiry into murder and missing Aboriginal women, will implement the recommendations of the truth and reconciliation commission and the United Nations Declaration on the Rights of Indigenous Peoples (though the NDP say it will implement it right away, while the Liberals will begin to implement it), will address the educational gap (with the Liberals promising 2.5 billion over the next 4 years and increasing the student funding for post-secondary students—the NDP have been vague on this issue), will improve infrastructure on reserves, and significantly both will work towards a nation-to-nation relationship with Indigenous people. In addition, the Liberals promise to revive the Kelowna Accord, provide funding to protect Indigenous languages, and will work with the Metis to define and protect their Aboriginal rights. The NDP promises to provide $40 million over 4 years for women’s shelter to combat violence against women and to create a cabinet level committee that Mulcair will chair to make sure that all government decisions do not infringe upon treaty and inherent rights and that they are in accordance with the UN’s declaration on Indigenous people

These are all good and needed promises and an important step to counteract the policies of the Conservatives. However, at this juncture of the campaign it is time that both parties clarify some of their promises. For example, both parties have said that the will work with Indigenous people on a nation-to-nation basis. Though most Indigenous leaders welcome this position, it is not really clear what that exactly means. It could be that the parties want to work with Indigenous leaders on the details on how this relationship will work. They haven’t said this though and considering that the First Ministers were constitutionally required to address this in the 1980s and failed, does leave some to wonder whether these are just empty words.

It is difficult to see how the parties can move forward in a nation-to-nation relationship with Indigenous people with the legislation and policies from the Conservatives still in place—legislation and policies that are designed to undermine First Nations sovereignty and landmass. First Nations are in a much weaker position vis-à-vis the government now then they were prior to these new laws being passed and it seems a little disingenuous for the parties to now say they will gladly enter into nation-to-nation relationship with them without saying what they will do exactly with these laws.

The Liberals have said they would review all legislation that effect Indigenous people. However, considering that these new laws were put in without consultation and with much opposition from First Nations leaders, a review process of all the legislation seems an unnecessary waste of time. This is especially true for some of the more egregious pieces of legislation say, for example, the Bill C-45 amendment to the Indian Act. That amendment changed the way in which reserve land is designated and surrendered.

Prior to the amendment, land designations and surrenders had to garner a majority yes vote of all adult band members in a band wide referendum. The chief and council needed to send out all the necessary information of the designations or surrenders to all band members, hold on and off reserve meetings to explain the land designations or surrenders to band members, and provide on and off reserve polling stations and mail-in ballots to ensure that the band met the necessary quorum for a valid vote. The result of the vote then needed approval from Ottawa. The Bill C-45 amendment changed those procedures to now only requiring chief and council call an on reserve band meeting with the majority of those in attendance voting on the motion.

Though ostensibly implemented to speed up the process, the new law not only opens up chief and council to influence from third party interests, but is also makes it very difficult off reserve residents, and on reserve residents who are unable to attend the band meeting, to participant. In effect, the amendment acts as a form of voter obstruction for treaty Indians as it creates an obstacle for them to have input on how their treaty lands will be utilized. At the same time, the government still has to approve the result of the vote. The Bill C-45 amendment then attacks treaty land rights, undermines First Nations democracy, weakens chief and council accountability, and diminishes First Nations sovereignty all the while it reinforces the colonial hold on communities.

The Liberals have not explained why they would only review of legislation and not repeal them—though they have stated it will repeal sections of the Elections Act. A clear statement from them outlining which pieces of legislation they will repeal would go a long way to build trust between First Nations, as well as with the Metis and Inuit, and them and show that they are indeed serious when they say they want a build a nation-to-nation relationship with Indigenous people.

Though a proposed review of the legislation is an insufficient response, the Liberals have at least acknowledged them. The NDP meanwhile, has been entirely quiet. They need to address how and what they plan to do about these pieces of legislation if they truly want to proceed forward into a nation-to-nation relationship with Indigenous people.

Right now, the race for which party forms the government is very tight. Indigenous people will be the swing vote in many ridings. Though the Liberals and the NDP have announced some good initiatives, they need to do a better job in explaining them. Also, they have not really talked a lot about these promises publicly. In the next couple of weeks, if the opposition parties want as many of those new Indigenous voters as possible to vote for them, they will have to do a better job in convincing them.

« The Idea of a Human Rights Museum as a Workshop!