The intriguing life of Hans/Ivan/Johann/John Werner

“He was born to a German-speaking Mennonite family in Siberia in 1917 and named Hans. As the changes wrought by the Russian and then Stalinism penetrated his community, he became Ivan. He served in the Red Army during World War II. When captured by the Germans, he was recognized as German and naturalized as a German. Now his name was Johann and he joined Hitler’s Army, serving on that side until he was captured. After release from an American POW camp, he applied to emigrate to Canada. It was a long, difficult process, but he and his bride Margaretha eventually got permission. In Canada, he became John. 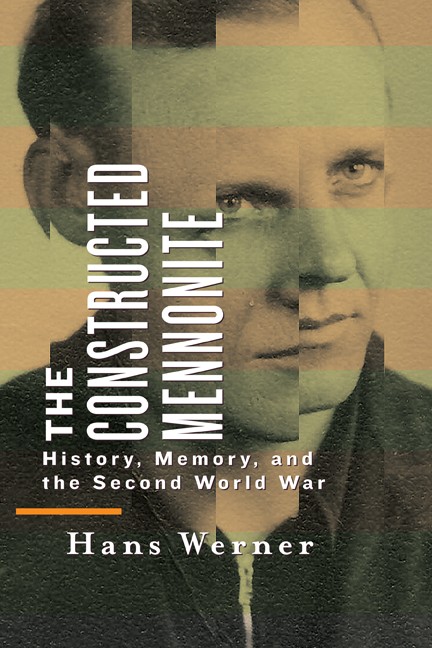 I’ve just finished reading this story of John Werner, told in son Hans Werner’s The Constructed Mennonite: History, Memory, and the Second World War and in thinking how I might recommend it – because I do recommend it – I keep falling back on the corny phrase, If you like that kind of thing, you’ll certainly like it.

By that kind of thing, I mean — as title and subtitle suggest – the way history (here in its Mennonite and then larger European context) and memory may or may not overlap. I also mean the narrative of a life not only told, but examined – held up, that is, for assessment, psychologically, against the research of the “facts,” against what we know about how memory works.

I, for one, quite like that kind of thing!

In undertaking his own “construction” – or reconstruction – of his father’s stories, Hans Werner, who teaches Mennonite Studies and Canadian History at the University of Winnipeg, illuminates larger issues around identity – how it’s shaped by external forces and how what we remember is told or “forgotten.” We may keep some matter secret (as Werner kept previous marriages secret, for instance) and emphasize others. All of us seek to integrate our experiences and the various aspects of our selves into an identity useful both for self-preservation and presentation to others. John Werner’s circumstances and personality are an especially dramatic example of this, and the variations in his names and nationality provide a compelling framework for a study of it.

Werner sets his father’s stories into the metaphor of autobiographical memory as building blocks, “stored in drawers such as those found in the hardware section of a store,” with a “card index” indicating the location of each, and the index then accessed to locate memory fragments to build “into modules or stories.” He also shows how his father’s stories fit the general pattern for men, which is, as Jill Ker Conway puts it, “ that “life is an odyssey…which the hero must surmount alone through courage, endurance, cunning and moral strength.”

The main focus of the book is the intertwined narrative of John’s life and the son’s efforts to verify his father’s stories as well as put them into order. Research and theoretical insights are significant, but feel unobtrusive; it’s a satisfying read, in other words, also for lay (non-academic) readers.

Though clear and readable, the tone is fairly formal. Author Werner acknowledges that his quest is undertaken as both son and historian. We get hints and personal admissions about the urgency and complexity of that, but I would have liked to hear more about the interplay of the two roles, also about his reticence to confront his father with information he gained along the way that might have undone what his father had constructed. Perhaps there are things we as children simply can’t touch.

I would also have liked to know more about John Werner as Hans remembers him, besides the man revealed in his stories, I mean: his gestures, way of speaking, physical presence, manner during the interviews, what kind of situations triggered his stories. I found the chapter about author Werner’s mother, Margarethe (Sara) Vogt (Letkeman), and the differences in her storytelling style, fascinating. It seems that she recognized the disjunctures within her identity more than her husband did. I have the hunch, in fact, that John Werner felt himself inwardly more seamless as a person than the sequence of changes to name and national affiliation might suggest. At any rate, this was a most enjoyable read and one that has me mulling over memory work in my personal and family experience.”

- Review by writer Dora Dueck on her blog Borrowing Bones.

Goodreads review of Stories in a New Skin »