Toronto launch of A Culture’s Catalyst 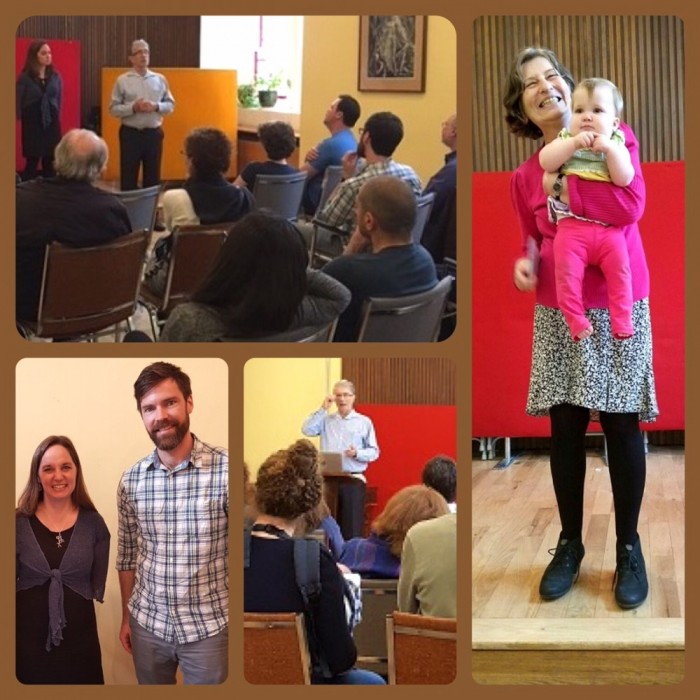 From the May 13 launch of A Culture’s Catalyst in Toronto. The event featured Erika Dyck, who edited the project and is the author of the upcoming Managing Madness monograph, and Meldon Kahan, who teaches medicine at the University of Toronto and is also a relative of author Fannie Kahan (and psychiatrist/writer Abram Hoffer).

Dyck & Kahan discussed peyote’s role as a historical flashpoint for the struggle for Indigenous legal, political, and religious rights, and peyote’s current potential for healing.

About the Book
In 1956, pioneering psychedelic researchers Abram Hoffer and Humphry Osmond were invited to join members of the Red Pheasant First Nation near North Battleford, Saskatchewan, to participate in a peyote ceremony hosted by the Native American Church of Canada.Inspired by their experience, they wrote a series of essays explaining and defending the consumption of peyote and the practice of peyotism. They enlisted the help of Hoffer’s sister, journalist Fannie Kahan, and worked closely with her to document the religious ceremony and write a history of peyote, culminating in a defense of its use as a healing and spiritual agent.

Although the text shows its mid-century origins, with dated language and at times uncritical analysis, it advocates for Indigenous legal, political and religious rights and offers important insights into how psychedelic researchers, who were themselves embattled in debates over the value of spirituality in medicine, interpreted the peyote ceremony. Ultimately, they championed peyotism as a spiritual practice that they believed held distinct cultural benefits.

A Culture’s Catalyst revives a historical debate. Revisiting it now encourages us to reconsider how peyote has been understood and how its appearance in the 1950s tested Native-newcomer relations and the Canadian government’s attitudes toward Indigenous religious and cultural practices.

Erika Dyck is a historian of health, medicine, and Canadian society at the University of Saskatchewan and Canada Research Chair in the History of Medicine.She is the author of Psychedelic Psychiatry: LSD on the Canadian Prairies.