A Thousand Miles of Prairie

The Manitoba Historical Society and the History of Western Canada

A Thousand Miles of Prairie is a fascinating look at Manitoba’s early boom years (1880-1910) through the eyes and words of some of the most interesting personalities of early Winnipeg. This collection brings together fourteen pieces from the first decades of the Manitoba Historical Society, when its lectures were attended by the province’s political and cultural elite.

Jim Blanchard has chosen selections that give us a vivid taste of the diversity of intellectual life in turn of the century Manitoba. Besides writings by early historians such as George Bryce and Charles Bell, he includes a paper by the young Ernest Thompson Seton, who writes about his attempts to raise prairie chickens. There is also a description of the last passenger pigeons found in Manitoba. The collection includes lively personal reminscences, such as Gilbert McMicken, Canada’s first spymaster, talking about foiling a Fenian raid on Winnipeg, and Archbishop Samuel Matheson, who tells about his boyhood adventures in the great Red River floods of the 1860s. 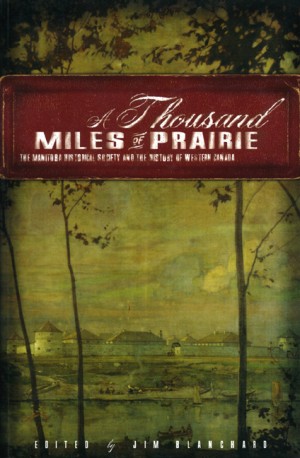