Manitoba’s ninety-three species of fish give the province the third most diverse fish population in Canada. The province’s variety of geological features, with its major lakes, rivers, tributaries, and watersheds, is due in large part to its history as the basin for Glacial Lake Agassiz. This, combined with its access to the waters of Hudson Bay and large American river systems, has provided habitat for a wide diversity of freshwater fish. Species from lampreys to goldeye, catfish to perch, bigmouth bass to slimy sculpin swim in waters from arctic rivers in the north to Red River tributaries and down to the Mississippi in the south.

Freshwater Fishes of Manitoba is a comprehensive, user-friendly guide. Each species is accurately depicted in detailed colour photographs and accompanying map, with descriptions of physical characteristics, spawning and feeding habits, distribution, habitat, ecological role, and economic importance. The guide also includes an extensive glossary, keys to identifying the families, species, and subspecies, and information on documentation and preservation of specimens. Freshwater Fishes of Manitoba is not only the definitive guide to these fishes of Manitoba, it is also accessible and reliable for a range of users from general fishers to professional fish biologists.

“I’ve been waiting all my life for this book.”

– Jake MacDonald, angler and author of The Houseboat Chronicles

“An excellent guide to the rich biodiversity of Manitoba’s fish fauna. This book is a must-read and reference for all seeking to enjoy and protect our fishes.”

– Joseph S. Nelson, co-author of The Fishes of Alberta

Kenneth Stewart is Professor Emeritus of Zoology at the University of Manitoba, and a nationally recognized expert on freshwater fish. He is Scientific Advisor to the non-profit foundation Fish Futures Inc., and a recipient of a National Recreation Fishing Award.

Douglas Watkinson is a Fish Habitant Biologist at the Freshwater Institute in Winnipeg. 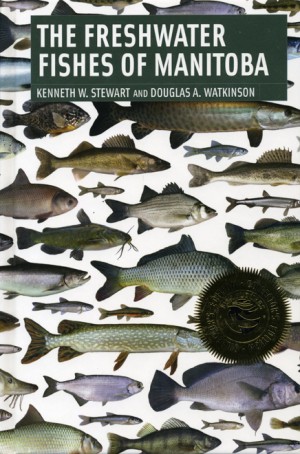