Laws of Early Iceland, Gragas I

The laws of Mediaeval Iceland provide detailed and fascinating insight into the society that produced the Icelandic sagas. Known collectively as Gragas (Greygoose), this great legal code offers a wealth of information about early European legal systems and the society of the Middles Ages. This first translation of Gragas is in two volumes.

“Scandinavian scholars will one and all hail the appearance of this work.”

Peter Foote was of Old Icelandic at University College London.

Richard Perkins was a lecturer in Norse Studies at University College London. 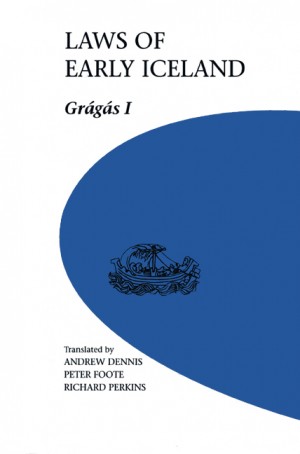