Part ethnography, part narrative, Like the Sound of a Drum is evocative, confrontational, and poetic. For many years, Peter Kulchyski has travelled to the north, where he has sat in on community meetings, interviewed elders and Aboriginal politicians, and participated in daily life. In Like the Sound of a Drum he looks as three northern communities — Fort Simpson and Fort Good Hope in Denendeh and Pangnirtung in Nunavut — and their strategies for maintaining their political and cultural independence. In the face of overwhelming odds, communities such as these have shown remarkable resources for creative resistance. In the process, they are changing the concept of democracy as it is practised in Canada.

“This is a theoretically informed, strongly argued, and insightfully researched book, one that will no doubt set the standard for scholars seeking to explore the intersection of political aspirations, Aboriginal culture, and political systems in Canada.”

“Kulchyski has a most interesting writing style, alternating between picturesque description and pure academia…Like the Sound of a Drum offers a comprehensive coverage of virtually all sectors of northern politics including land claims, Treaty No. 11 negotiations, band politics, and the Sahtu Treaty discussions in 1993.”

“…the real strength of this work is the insights it offers on the dynamics of political life and the potential for Aboriginal self-government in northern communities. The author discusses the challenges as well as the successes of community government and incorporates the views and opinions of community members into this discourse. The book thus functions as a conduit for community politics in relation to the broader changes that are taking place in the territories, therefore reinforcing the notion that community government is a central component in the development of self-government and territorial governance.”

“…a thought-provoking, interesting text….I sincerely recommend this text to anybody interested in politics, indigenous issues, and related fields. These are complex realities, and I welcome this book as an important invitation to the conversation about them.”

“A fascinating expose, rich in detail from cover to cover.”

“A number of timelines are converging on the Canadian north, which gives Like the Sound of a Drum considerable currency. Global climate change could have an enormous impact on Arctic lands and lifestyles. Canadian sovereignty issues make the Arctic a region of strategic importance. But the resource potential of the far north – in particular its oil and gas reserves – is the subject of most current attention. The demand down south, the resources have to move, and the pipeline routes run through Aboriginal territories. Kulchyski notes that the Aboriginal self-government machinery in Canada has generated both an enormous discourse and library of academic, legal, and bureaucratic texts, among the ranks of which, he adds, “this book may now be included.” However, his book is unlike most of the others, it is worth reading for its relevance and uniqueness.”

“Beyond the passionate and moving stories that illuminate the cultural and political transitions occurring today within northern aboriginal communities, Like the Sound of a Drum is also perhaps the first great book of southern ethics.”

“Splendidly and engagingly written … Kulchyski involves two simultaneous conversations. One occurs face-to-face with Aboriginal elders and storytellers such as George Blondin, Bella T’Seleie, and Louis Norwegian; another is with the writings of Plutarch, Marx, Sartre, Taussig, and many others about human communications and what this means for politics.”

– Julie Cruikshank, author of The Social Life of Stories

“Kulchyski carefully juxtaposes impersonal scholarly macropolitical analysis in the Southern mode with passionate, personal, poetic and humorous micropolitical storytelling in the Northern manner. This work is not only important, but moving and beautiful.”

Peter Kulchyski, although non-Indigenous, attended a government-run residential school in northern Manitoba before studying politics at the University of Winnipeg and York University. He now teaches Native Studies at the University of Manitoba. Kulchyski has written and edited many scholarly books and articles, including Like the Sound of a Drum: Aboriginal Cultural Politics in Denendeh and Nunavut. 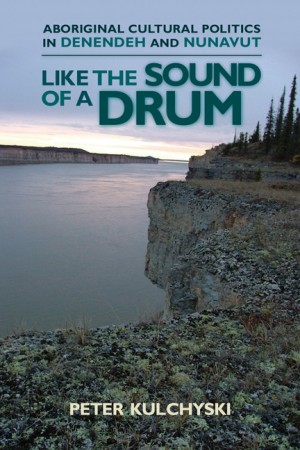