For many Canadians, the state of our health care and medical system is at the top of the public agenda. By following the growth and development of modern medicine in one Canadian province, Manitoba Medicine provides an insight into where our present medical system came from and how it developed.

Beginning with a description of some early Aboriginal healing practices and of the physicians of the Red River Settlement, Manitoba Medicine follows the struggles in the 1870s to establish what would become the first medical college and the first major hospitals in Western Canada. It chronicles the fight for public health in the 1920s, the development of health insurance and medicare after WWII, and medicine’s role in fighting the 1950 Winnipeg Flood and the polio epidemic of the late 1950s.

Manitoba Medicine_ also provides vivid accounts of many of the individuals who built Manitoba’s medical system, including early educators like Swale Vincent, pioneering women physicians such as Charlotte Ross, important researchers like Bruce Chown, and colourful private practitioners such as Murrough O’Brien.

Dr. Ian Carr is Professor of Pathology at the Faculty of Medicine, University of Manitoba, where he also teaches the history of medicine. He is a former editor of the Prairie Medical Journal.

Dr. Robert Beamish, Professor Emeritus at the University of Manitoba, is an internationally distinguished cardiologist. He was awarded the Order of Canada in 1990. 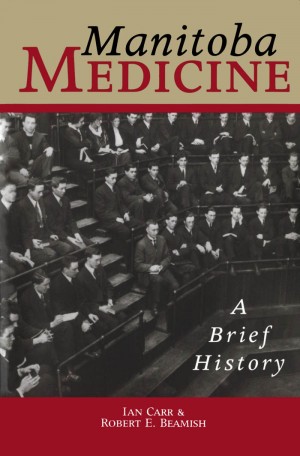