The selection of the term “Indianness” is deliberate. It points to the intricate construction of ethnicity as filtered through media, despite frequent assertions of “authenticity.” From William “Buffalo Bill” Cody’s claim, extravagantly advertised on both sides of the Atlantic, that he was staging “true-to-life” scenes from Indian life in his Wild West shows, to contemporary Native hip-hop artist Quese IMC’s announcement that his songs tell his people’s “own history” and draw on their “true” culture, media of all types have served to promote disparate agendas claiming legitimacy.

As it pulls apart stereotypes and assumptions about Indigenous identity and culture and strips away old concepts and ways of seeing and doing history, this vibrant collection points towards a dynamic future that recognizes Indigenous identities in a complex intersection of cultural influences.

“Mediating Indianness offers a cornucopia of voices proclaiming that Native American identity is alive, expressive, and still under construction.… Standing behind the volume, visible here and there in shadowy form, sometimes stepping out into the light, is the archetypal figure of the writer and activist Gerald Vizenor.”

– Paul Spickard, author of Almost All Aliens and Multiple Identities

“I was struck by how flexible and alive this collection was, purposely unsticking, unsealing so many working assumptions about Native identity and culture.”

Cathy Covell Waegner taught in the English Department of the University of Siegen in Germany until her retirement in July 2013. Her current research focuses on constructions of Indigeneity. 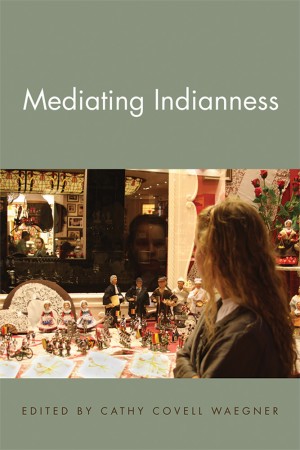