At once historical, mystical and poignant, Mind’s Eye documents the stories told by eighteen Cree elders in Whapmagoostui, a mixed community of Cree, Inuit, and non-Natives, located on the eastern shore of Hudson Bay at the mouth of the Great Whale River in northern Quebec.

From testimonies about battles with the Inuit, raids by Cree from southern James Bay, and early contact with Europeans, to simple descriptions of playing games and and whale hunting, these stories record the history of the James Bay Cree and illustrate the degree to which the presence of the supernatural was considered a normal part of daily life. More recent stories tell of challenges to the Whapmagoostui Cree community in the first half of the twentieth century—the influence of Christian missionaries, the decline of game animals, and the establishment of the military base at Great Whale River.

Recorded from the mid-1970s to the mid-1990s, the stories were told against the backdrop of proposed hydroelectric development on the Great Whale River and Little Whale River that would threaten the health, livelihood and culture of the Cree and Inuit communities in the region.

This evocative collection of stories from northern Quebec connects readers to the vibrant history of the Whapmagoostui Cree, and aims to maintain this community’s rich cultural traditions.

Published by the Aanischaaukamikw Cree Cultural Institute. Distributed by University of Manitoba Press.

Susan Marshall is a writer, anthropologist and historian living in Val-d’Or, Quebec. She has published several books and worked on numerous projects relating to the history of the Cree people.#

Emily Masty is a Cree from Whapmagoostui, Quebec, in the southeastern Hudson Bay region. Now retired, she was a teacher and then principal at the Badabin Eeyou School for many years. 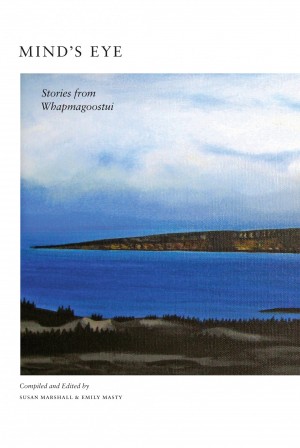