The Life and Art of Mary Riter Hamilton

What force of will and circumstance drove a woman with a burgeoning art career following years of study in European art schools from a comfortable life to one of hardship and loneliness in the battle zones of France and Belgium following the Great War?

For western Canadian artist Mary Riter Hamilton (1868–1954), art was her life’s passion. Her tale is one of tragedy and adventure, from homestead beginnings, to genteel drawing rooms in Winnipeg, Victoria, and Vancouver, to Berlin and Parisian art schools, to Vimy and Ypres, and finally to illness and poverty in old age. No Man’s Land is the first biographical study of Hamilton, whose work can be found in galleries and art museums throughout Canada.

Young and McKinnon’s meticulous research in unpublished private collections brings to light new correspondence between Hamilton and her friends, revealing the importance of female networks to an artist’s well-being. Her letters from abroad, in particular, bring a woman’s perspective into the immediate post-war period and give voice to trying conditions. Hamilton’s career is situated within the context of her peers Florence Carlyle, Emily Carr, and Sophie Pemberton, with whom she shared a Canadian and European experience.

“The authors’ extensive and intense research has filled in huge gaps in our knowledge of Hamilton’s life and work, and presents a valuable period history of women in wider society and the plight of women artists.”

“Conscientious searches in archives and newspapers, as well as the personal papers and memories of family and friends, have helped to rescue a major female artist, and Canadians have reason to be grateful. A brave and loving commemoration.”

“A fascinating read and an important contribution to our understanding of war and commemoration, the professionalization of female artists, and, more broadly, the experiences of women in the early twentieth century.”

“Riter Hamilon led a fascinating life, capped by her time on the battlefields of northern Europe. Filled with previously unpublished material, this book contributes to the burgeoning but still much-to-be-explored field of the history of Canadian women artists.”

“The authors have put together a fascinating glimpse into a Canadian woman’s artistic career in the late 1800s and early 1900s. Manitoba-raised painter Mary Riter Hamilton was a talented artist who painted and studied alongside notable contemporaries across Europe. Though she found success overseas, she always returned to Western Canada, including Winnipeg, to teach, exhibit, and work. Young and McKinnon’s deep dive into archival sources is commendable. European, national, and provincial archives are well represented. The authors’ archival research piece together the painter’s life, weaving her career through themes of early 20th century western civilization including colonialism, world war, and the struggle for women’s independence. The difficulties for a female artist attempting to pursue a career are well represented.”

Kathryn A. Young is a retired assistant professor of History at the University of Manitoba.

Sarah M. McKinnon is a former Vice-President, Academic at OCAD University, a former Senior Vice President for Academic Affairs at the School of the Museum of Fine Arts in Boston, and a former faculty member and Curator at the University of Winnipeg. Currently, she is a consultant in higher education. 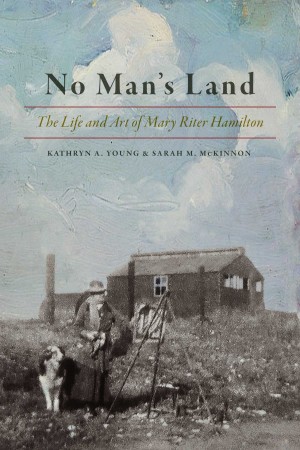