At the turn of the twentieth century, Winnipeg was the fastest-growing city in North America. But its days as a diverse and culturally rich metropolis did not end when the boom collapsed. Prairie Metropolis brings together some of the best new graduate research on the history of Winnipeg and makes a groundbreaking contribution to the history of the city between 1900 and the 1980s. The essays in this collection explore the development of social institutions such as the city’s police force, juvenile court, health care institutions, volunteer organizations, and cultural centres. They offer critical analyses on ethnic, gender, and class inequality and conflict, while placing Winnipeg’s experiences in national and international contexts.

“The publication of these eleven essays examining Winnipeg’s social history is very encouraging. While they reflect a range of writing styles and a diversity of topics, this well-edited volume contributes considerably to the depth of research and analysis available to students of Winnipeg history and a broader public audience.”

Esyllt W. Jones is a history professor at University of Manitoba and is the author of the award-winning Influenza 1918: Death, Disease and Struggle in Winnipeg. 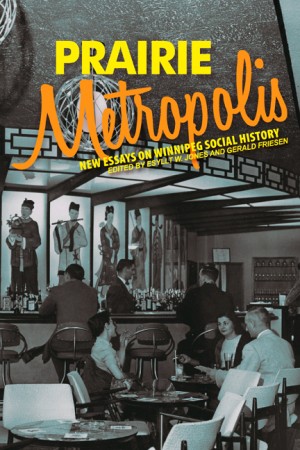