Through this exciting medium, Sovereign Traces beckons to audiences that are both new to and familiar with Native writing, allowing for possibilities for reimagined readings along the way.

Readers will find works of graphic literature, uniquely including both poetry and fiction, newly adapted from writing by Indigenous North Americans.

“Not just another book for fans of Indigenous stories and comics alike, this collection locates myth not in the past, but in the mundane, drawing on traditional cultures and stories to depict current Indigenous lives in their many complex forms.”

“An exciting compilation of fiction and poetry that honors Indigenous storytelling while also embracing inventive approaches to visual expression through the medium of the graphic novel. The artists explore a variety of important themes highlighting multi-vocalic views, multi-layered techniques, and nuanced understandings of the raw realities of Indigenous lives.”

Gordon Henry Jr is an Anishinaabe poet and novelist and is an enrolled member of the White Earth Chippewa Tribe of Minnesota. His poetry has been published in several anthologies, and his novel The Light People won the American Book Award in 1995.

Elizabeth LaPensée is an award-winning designer, writer, artist, and researcher. She is Anishinaabe from Baawaating with relations at Bay Mills Indian Community, and Métis. She is an Assistant Professor of Media and Information and Writing, Rhetoric and American Cultures at Michigan State University. 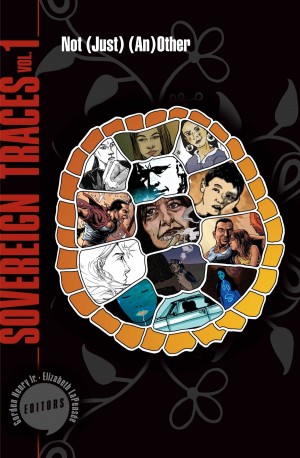