The Struggle for Aboriginal Post-Secondary Education in Canada

Post-secondary education, often referred to as “the new buffalo,” is a contentious but critically important issue for First Nations and the future of Canadian society. While First Nations maintain that access to and funding for higher education is an Aboriginal and Treaty right, the Canadian government insists that post-secondary education is a social program for which they have limited responsibility.

In The New Buffalo, Blair Stonechild traces the history of Aboriginal post-secondary education policy from its earliest beginnings as a government tool for assimilation and cultural suppression to its development as means of Aboriginal self-determination and self-government. With first-hand knowledge and personal experience of the Aboriginal education system, Stonechild goes beyond merely analyzing statistics and policy doctrine to reveal the shocking disparity between Aboriginal and Canadian access to education, the continued dominance of non-Aboriginals over program development, and the ongoing struggle for recognition of First Nations run institutions.

Blair Stonechild is a Cree-Saulteaux member of the Muscowpetung First Nation in Saskatchewan. He is a Professor of Indigenous Studies at the First Nations University of Canada, where he was first employed in 1976. He coauthored, with Bill Waiser, Loyal Till Death: Indians and the North-West Rebellion, which won the Saskatchewan Book Award and was a finalist for the 1997 Governor General’s Literary Award. 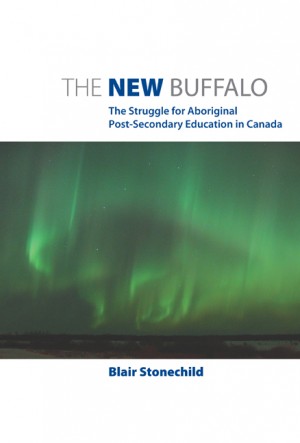