This selection of Western Icelandic writings, the first of its kind in English, represents a wide collection of first and second generation Icelandic-Canadian authors.

The stories, first published between 1895 and 1930, are set mainly in North America (especially Manitoba). They reflect a weath of literary activity, from the numerous Western Icelandic newspapers and journals, to the reading circles and cultural and literary societies that supported them. The stories show a wide range of experiences and influences, including Old Norse Icelandic literature and romantic nationalism, but they also reveal the emergence of a literature that bears a unique cultural imprint.

Western Icelandic Short Stories includes some of the best wirting from the period — narrative, descriptive, comical, satirical, and serious. The stories may be read as much for enjoyment as for what they reveal about the Western Icelandic literary tradition.

Kirsten Wolf is professor and chair of the Icelandic Department at the University of Manitoba. She has edited Gyndinga Saga, Saga heilagrar ‘nnu, and Dorotheu saga, has been involved in Medieval Scandinavia: En Encyclopedia, and is co-translator and co-editor of an earlier anthology, Western Icelandic Short Stories.

Arny Hjaltadottir is a translator and works in the Icelandic Collection at the Dafoe Library, University of Manitoba. 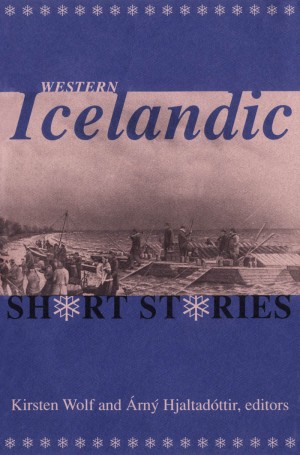