Before the First World War, Winnipeg was Canada’s third-largest city and the undisputed metropolis of the West. Rapid growth had given the city material prosperity, but little of its wealth went to culture or the arts. Despite the city’s fragile cultural veneer, the enthusiasm and dedication of members of the arts community and a group of public-spirited citizens led to the establishment of the Winnipeg Art Gallery in 1912 and the Winnipeg School of Art in 1913.

This volume is a history in words and illustration of the early years of the Winnipeg School of Art, its hopes and ideals and its struggles for survival. Its story is in large part a record of art and artists in Winnipeg during the period. The growth of the School is described through the terms of its first four principals: Alexander Musgrove, Frank Johnston, Keith Gebbhardt, and L. LeMoine Fitzgerald. Biographical sketches on artists involved with the School as teachers or students from 1913 to 1934 are also included.

Reproductions of over 80 selected works from the exhibition marking the seventieth anniversary of the founding of the school, eight in full colour, present the most vital and provocative art of the period. 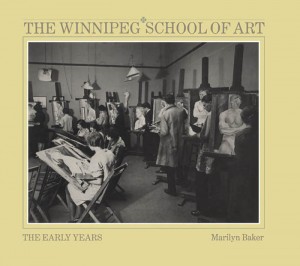