Please join us for the virtual launch of the Canadian edition of Karen Marrero’s Detroit’s Hidden Channels: The Power of French-Indigenous Families in the Eighteenth Century. Karen will be joined by guests Kathryn Magee Labelle and Guillaume Teasdale. 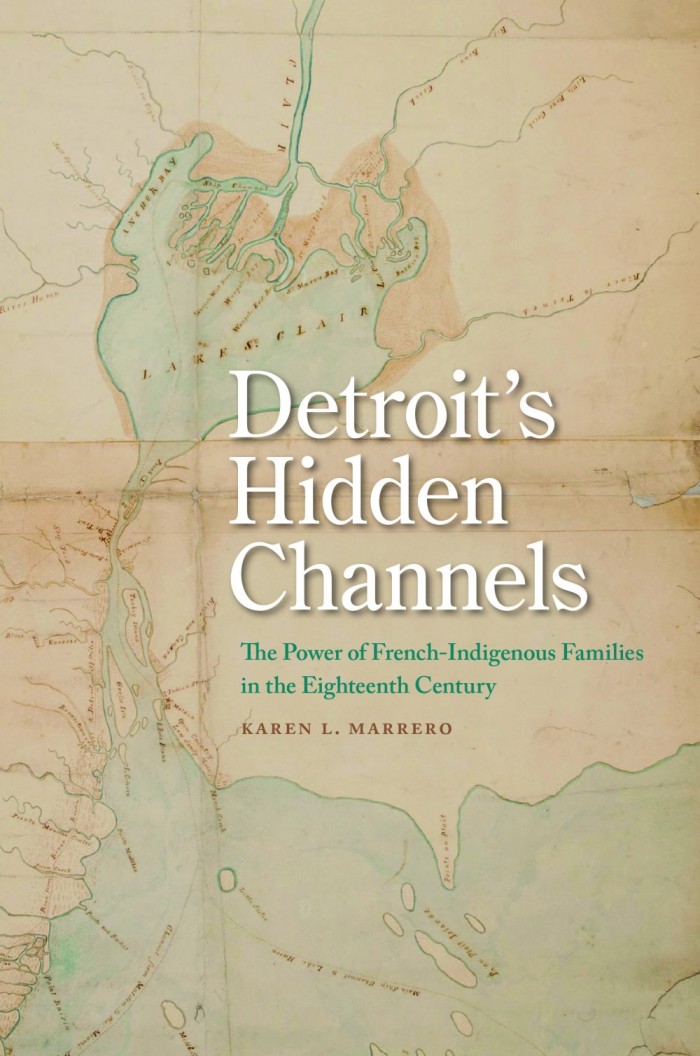 French-Indigenous families were a central force in shaping Detroit’s history. Detroit’s Hidden Channels examines the role of these kinship networks in Detroit’s development as a site of singular political and economic importance in the continental interior. Situated where Anishinaabe, Wendat, Myaamia, and later French communities were established and where the system of waterways linking the Atlantic Ocean to the Gulf of Mexico narrowed, Detroit’s location was its primary attribute.

While the French state viewed Detroit as a decaying site of illegal activities, the influence of the French-Indigenous networks grew as members diverted imperial resources to bolster an alternative configuration of power relations that crossed Indigenous and Euro-American nations. Women furthered commerce by navigating a multitude of gender norms of their nations, allowing them to defy the state that sought to control them by holding them to European ideals of womanhood.
By the mid-eighteenth century, French-Indigenous families had become so powerful, incoming British traders and imperial officials courted their favour. These families would maintain that power as the British imperial presence splintered on the eve of the American Revolution. 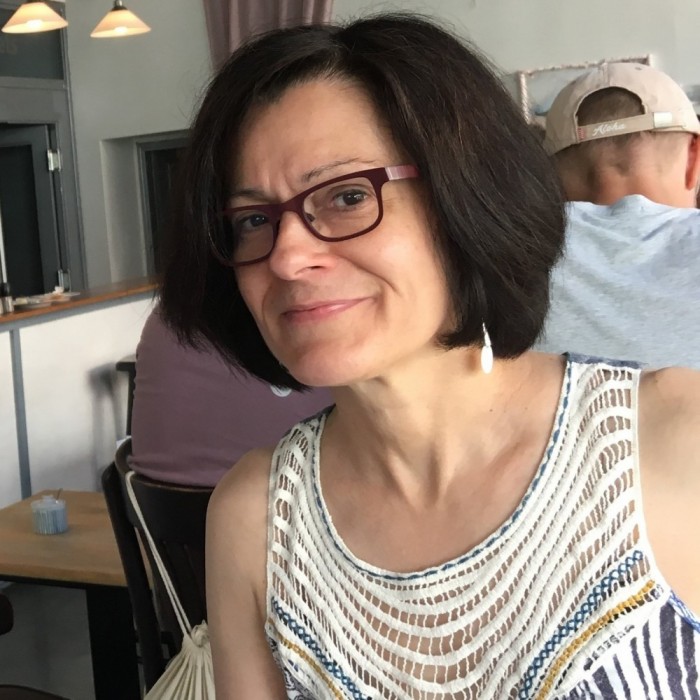 Karen Marrero is Associate Professor of early North American history at Wayne State University in Detroit and an Associate of the L. R. Wilson Institute for Canadian History at McMaster University. Born and raised in Windsor, Ontario, she holds a PhD from Yale University, an M.A. in History and Archival Studies from the University of Windsor and an M.A. in English Language and Literature, also from the University of Windsor. A transnational historian of the United States and Canada and the northern border, her work explores interactions between seventeenth, eighteenth, and early nineteenth-century Indigenous peoples and Euro-Americans in the Great Lakes. Her book Detroit’s Hidden Channels: The Power of French-Indigenous Families in the Eighteenth Century has been jointly published in 2020 by Michigan State University Press and University of Manitoba Press.

Kathryn Magee Labelle is an Associate Professor of Indigenous history at the University of Saskatchewan and an adopted member of the Wyandot Nation of Kansas. Her research centres on the Wendat/Wyandot/Huron communities of North America with particular interest in settler colonialism, Indigenous identity and the experiences of women from the seventeenth century to the present. Labelle is the author of the book Dispersed, But Not Destroyed: A History of the Seventeenth Century Wendat People (UBC Press, 2013) and Co-editor of From Huronia to Wendakes: Adversity, Migration, and Resilience, 1650-1900 (OU Press, 2016). Her current research is a collaborative project with a Wendat Women’s Advisory Council entitled Daughters of Aataentsic that explores the lives of seven Wendat women from the 17th-21stcenturies.

Guillaume Teasdale is Assistant Professor and Undergraduate Advisor in the Department of History at the University of Windsor. He is also an Associate at the Wilson Institute for Canadian History at McMaster University. A specialist in the French presence in the interior of North America in the 18th and 19th centuries, he co-edited French and Indians in the Heart of North America, 1630-1815 (Michigan State University Press, 2013) and Une Amérique française, 1760-1860: dynamiques du corridor créole (Les Indes Savantes, 2015). In 2019, he published his first monograph: Fruits of Perseverance: The French Presence in the Detroit River Region, 1701-1815 (McGill-Queen’s University Press). He has recently co-authored, with Karen L. Marrero, an article to be published in the anthology French Connections: Cultural Mobility in North America and the Atlantic World, 1600-1875 (Louisiana State University Press, 2020).