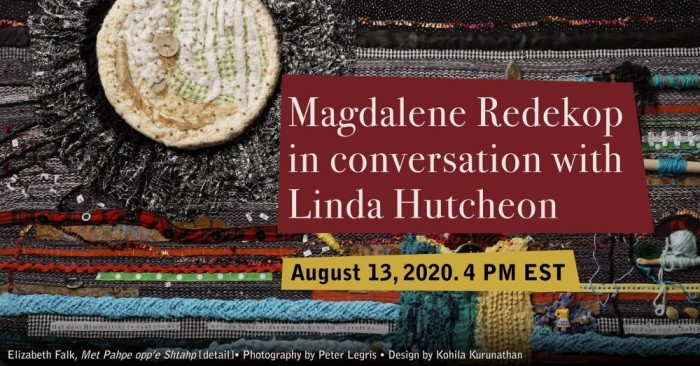 This event is a follow up to the June book launch of Magdalene Redekop’s Making Believe: Questions About Mennonites and Art.

That launch was primarily focused on Mennonite history. The aim of this event is to encourage conversation about Mennonites and art. Renowned scholar Linda Hutcheon will raise questions based on her reading of Making Believe, after which there will be time for questions from the audience.

You can submit your questions via the book’s Facebook page. Redekop says: “I am particularly enjoying those when they take the form of people telling me stories about their own experiences.”

The event is free, and will be hosted by Alyx Duffy.

Linda Hutcheon is Professor Emerita of English and Comparative Literature at the University of Toronto. She has collaborated iwth Michael Hutcheon, M.D., Professor of Medicine, U of T, on the intersection of medical and cultural history, studied through the vehicle of opera. They have published four books on topics such as disease, death and the body—most recently, Four Last Songs: Aging and Creativity in Verdi, Strauss, Messiaen, and Britten (U of Chicago Press, 2015).