The Company whose story is told in The Rise and Fall of United Grain Growers began life in 1906 as the Grain Growers’ Grain Company. In 1917, it merged with another cooperative, the Alberta Farmers’ Co-operative Elevator Company, to become United Grain Growers (UGG), the name by which it was known for most its life. During the 1920s, the three provincial Wheat Pools were formed, and within five years were collectively receiving about half of all farmers’ grain deliveries. As cooperatives, all four companies saw themselves not only as business enterprises, but also as advocates for their members’ interests. 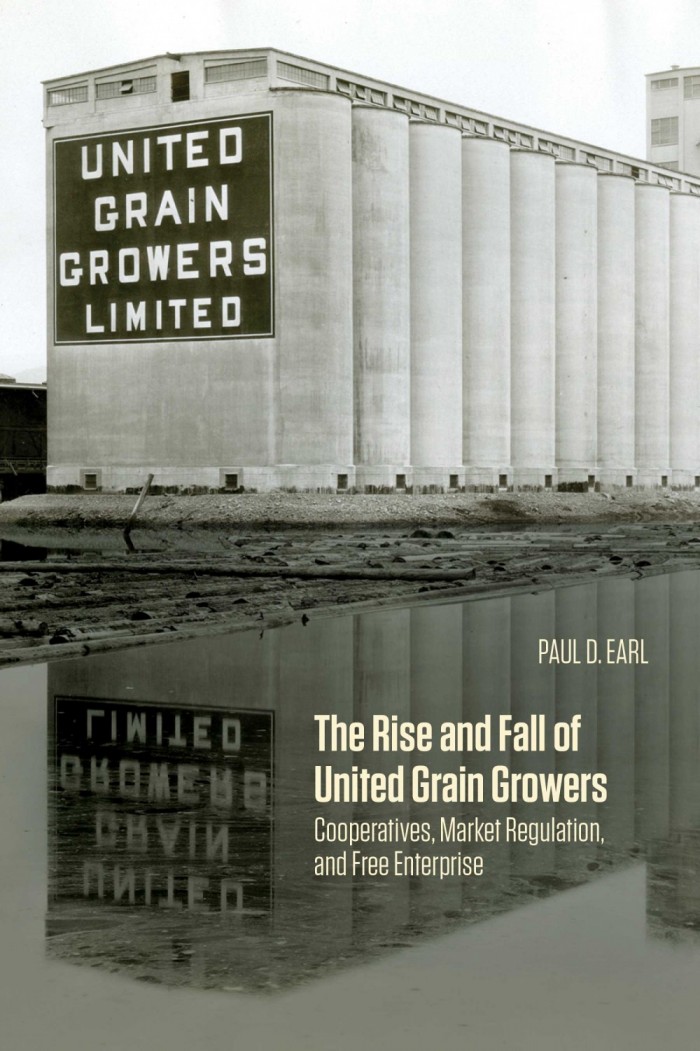 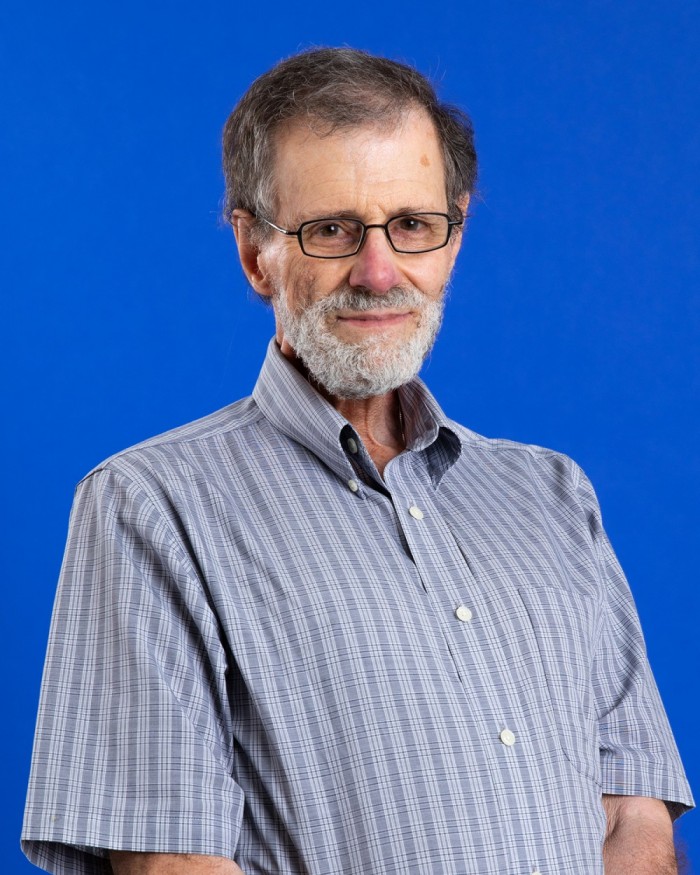 With the entry of the Pools, the grain industry assumed the shape it was to have for the remainder of the 20th century. The four cooperatives always handled the majority of the farmers’ grain, while the rest was taken by a number of private enterprise firms. The creation of the Pools also cemented a fundamental ideological divide into the industry between those who believed that the grain business should be governed by market forces with a minimum of regulation, and those who favoured management by state and cooperative organizations, with market forces being tempered by regulation and centralized control.

The Pools favoured the latter, and were opposed, at various times, by the Winnipeg Grain Exchange, the private grain companies, the railways, and the federal government, the latter of which favoured now one, and now the other, of the two sides. UGG, however, consistently pursued a middle course between these warring factions, generally favouring market solutions to economic issues, but recognising that regulation and central control was sometimes needed. The farm community at large was as divided on the issue as the industry.

UGG faced many challenges throughout its life, but few were as daunting as those of the last two decades of its life. The first – faced by the entire industry – was the need to finance a massive rebuilding of the country elevator system, replacing almost 2000 obsolete elevators with about 270 large high volume throughput facilities. UGG met these demands with the innovative step of issuing publicly owned shares, while at the same time retaining, in large measure, its cooperative governance structure. The Manitoba and Alberta Pools, however, were unable to meet the challenges, and fell into debt. To salvage their financial situation, they first merged to form Agricore. That, however, proved insufficient, and Agricore was forced to merge with United Grain Growers to form Agricore United (AU). Saskatchewan Wheat Pool (SWP) followed UGG’s lead and also financed its rebuilding with equity capital, while retaining a farmer-elected board. However, it suffered management problems, and saw a transformation from a cooperative to a publicly held and controlled company as its best route to survival. Although it had been the largest of the four grain co-ops, it suffered a huge loss in market share and brushed very close to bankruptcy.

At that point, AU seemed poised to be the only survivor of the four. Having absorbed two of its competitors, it had emerged as the sole remaining grain co-op and as the largest grain company in the prairies. With Saskatchewan Pool reduced and weakened, there was every expectation that it too might have been taken over by AU. But then came the unexpected. In the fall of 2006, SWP offered to purchase all the outstanding shares of Agricore United. The offer was initially rejected, but the Pool persisted, and following a bidding war with James Richardson International, emerged the winner. On June 13, 2007, Agricore United passed into the hands of Saskatchewan Wheat Pool, thus ending one hundred and one years of voluntary farmer control of the western Canadian grain industry.

It is the story of this Company, from its formation in 1906 to its demise in 2007, that is told in this book. Because that story is inextricably linked to the history of the Pools and of the grain business itself, the history of the Company is juxtaposed against an account of the major developments within the industry. The last third of the book deals with the takeover by the Pool, examining it from four separate perspectives: a commercial perspective that looks at it from a business standpoint where the objective was to maximise shareholder returns; a traditional perspective that examines the takeover from the point of view of those who valued UGG’s role as an advocate for farmers; a legal perspective whose primary focus is whether or not the concept of shareholder primacy, which underpinned the commercial perspective, was the most appropriate for this particular transaction; the last, a historian’s perspective that draws together the threads of the other three and analyses how it was that AU, at that point the larger and arguably stronger company, was taken over by the Pool, the smaller and weaker.

The Rise and Fall of United Grain Growers is as much a history of ideas as it is of events, tracing the way the industry’s ideological divide developed, what factors induced some farmers to support the Pools while others opposed, why and how UGG trod a middle course, and how the ideologies adopted within the grain industry reflected the economic philosophies that variously predominated in society at large.

Preparation of the book started when Ted Allen, the president of AU approached me in 2004 about writing a history of the Company. As I had twice in my career held positions with the Company, and I had recently begun a new career with the Asper School of Business at the University of Manitoba, the project was a labour of love personally, and a fitting research project for my new role. The Company provided a generous research grant and I began to work.

Two years later, the SWP began its quest to acquire AU, and it became clear fairly early in the process that the Company was not making a strong effort to repel the Pool’s initiative. This, I was told, was because the Company owed its fiduciary duty to the shareholders, and if selling the Company was the best way to maximize shareholder returns, then it had no choice.

Somehow, this explanation seemed inadequate. The Company had occupied an important place in the grain industry over its lifetime, and I felt that there continued to be an important role in the future. Ought not this history and the Company’s role as an advocate for the interests of its farmer-members and western agriculture have weighed in the balance as well? And so I took about a year to research issues of corporate governance and the duties of directors – and the principle of shareholder primacy. This was followed by another two years to discuss my findings with former AU directors and management.

The actual writing of the book followed, and it was not an easy task. While my research suggested that a much more vigorous defence of the Company could have been mounted, I knew that everyone had acted in good faith and in accordance with a widely accepted principle in both economics and corporate law, and I had to respect that.

Completing the work, therefore, took many hours of drafting and redrafting, in depth discussions with friends and colleagues, and with people with whom I had worked in different roles for many years. The end result was that that work took much longer than I anticipated in 2004. I can now only hope that the reader will feel that the end result warrants the wait.

Paul D. Earl joined the Asper School of Business in 2003, after a long career in the western Canadian grain industry. Earl holds a BASc in Civil Engineering, and MASc in transportation and economics from the University of Toronto, and an interdisciplinary PhD (history, agricultural economics and religion) from the University of Manitoba. He is the author of Mac Runciman: A Life in the Grain Trade. View books by Paul D. Earl.