“He was a total character”: Pauline Boutal and the Cercle Molière

When asked if I would do a blog on my book Pauline Boutal, An Artist’s Destiny, I opened a blank Word page, and not much else happened. I do not read blogs. Don’t know about blogs. Well, except for the film Julie & Julia, in which a young Julie begins a blog project as a challenge to cook recipes from an older Julia’s cookbook…. 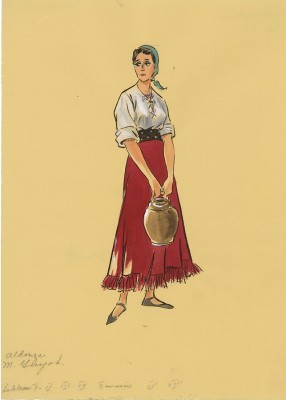 My book is done, published. What challenge could I blog about?

After some humming and hawing and more humming and hawing, I remembered that while researching my book, one challenge was doing interviews with Pauline Boutal’s colourful friends, many of whom were actors from the Cercle Molière during the 40s and 70s. All were at least 80 years old. Pauline Boutal would have said, that they were ‘real characters’! 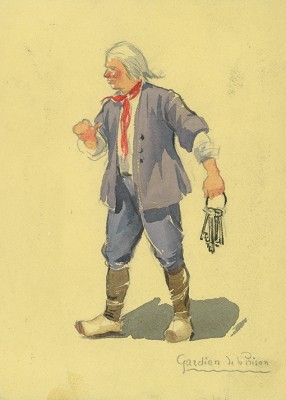 Interviewing the Guyot sisters, Monique (actress 1953-1962) and Léonie (prompter 1944-1962), was in fact a real challenge. They became so animated, talking faster and faster, both finishing each other’s sentences, when they weren’t simply talking at the same time. Their enthusiasm for Madame Boutal and the Cercle Molière was unrestrained! 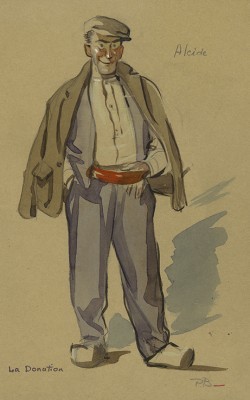 They spoke about this old Frenchman, who in the 40s, drove his horse drawn cart along the streets of St. Boniface selling vegetables. Madame Boutal had asked him to play the role of a ‘revolutionary jailor’ in a play. He agreed and had been a huge success! Monique proceeded to imitate his walk while Léonie described his physical appearance. Both gesticulating, and both relating the story in unison “He had that accent! ”, “his way of walking!”, “by the way he made his entrances,” “he had a bright red nose,” “needed no makeup,” “he was a total character,” “He was,” according to Monique, or was it Léonie, or both at the same time, “perfect for the role!” They were so amusing and endearing. They still shared their passion for the Cercle and such great affection for Pauline Boutal.

Robert Trudel (actor 1948-1975) spoke with tears in his eyes about the rehearsals held in the cement basement of the St Boniface Cathedral. (When I was 10 years old, I was a ‘Brownie’ and our meetings were also held in the basement of the Cathedral. I remember the tinkling of beer bottles as the men, actors, set builders, crossed our meeting room with their ‘petite six’ to get to the backroom where they rehearsed.) Mr Trudel explained that someone had brought a small TV so actors could watch the hockey game while waiting to rehearse their part in a scene. He explained that Madame Boutal would get very upset with them when their team scored a goal and they all forgot about the rehearsal. In her strictest voice she would say: “Mais, un peu de sérieux!!! ” He smiled as he became very choked up and said “We gave her such a hard time!”.

Madame Larivière (actress 1953-1967) affectionately known as Toots by the Cercle Molière troupe, proved to be, for me, the most unforgettable person I interviewed. Before I could even begin, she asked “What is your name?” “Louise Duguay,” I replied. “Are you Roland’s daughter?” she blurted out. “Yes,” I replied, not at all surprised, as this happens a lot in St. Boniface. She continued, “Your father, Roland, was born in my Mother’s house at 325 rue Dumoulin!” “Oh,” I said, surprised but polite, “I don’t think so. My father was born in Ste Anne’s, his parents never lived in St. Boniface.” Mme Larivière smiled, “No, your father was born at 325 rue Dumoulin. Your grandmother Rose had come to have her baby at my house. My mother was her midwife.” I had not expected that!

Finding time to do interviews posed a real challenge for me, mostly because it is very time-consuming. My only regret, looking back, is that most of these dear, dear, people were no longer with us by when my book was finally published.

Louise Duguay will launch Pauline Boutal: An Artist’s Destiny on November 18 at McNally Robinson Booksellers at 7:00 pm. Louise will be joined by S.E. Stewart, who translated the book from French to English.

Born in St. Boniface, Louise Duguay holds a BEd and MA from the University of Manitoba and a diploma in fashion design from Sheridan College. She teaches in the Multimedia Communications program at the University of St. Boniface. Louise sits on the board of directors of both MAWA (Mentoring Artists for Women’s Art) and the Winnipeg Arts Council, where she is a member of the Public Art Committee. She is a lifetime member of La Maison des artistes visuels francophones and of La Société historique de Saint-Boniface. View books by Louise Duguay.