Last week, I attended a symposium at Yad Vashem to mark the launch of a new anthology of letters written primarily by Holocaust survivors (and some soldiers and military chaplains) to relatives in the free world in the immediate aftermath of liberation. 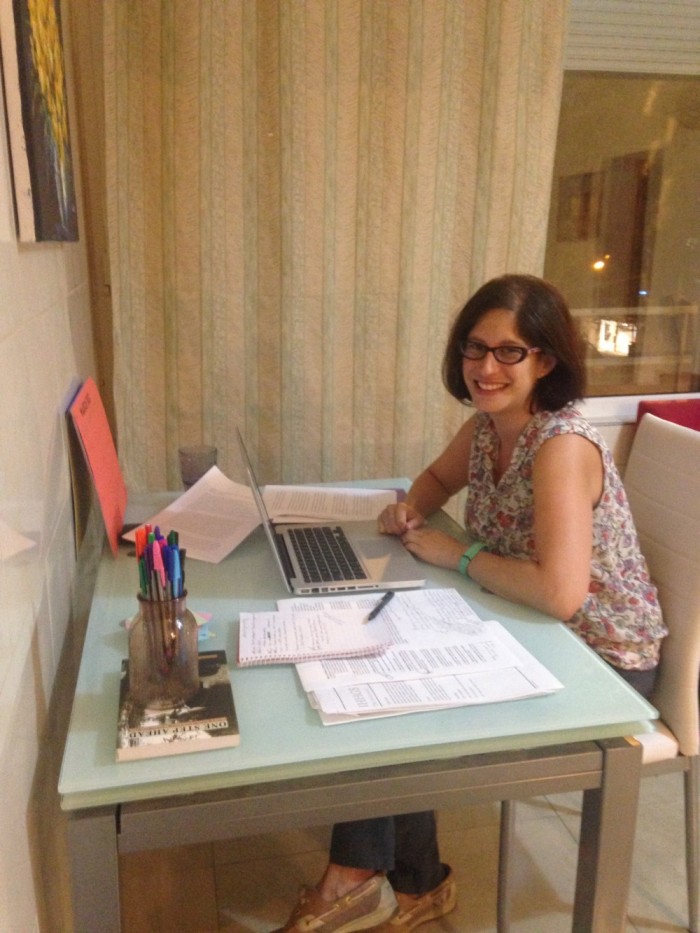 These letters represent the first efforts at communication, and contain a range of responses to the trauma experienced by Europe’s Jews. Youth provide reports on parents’ murders to siblings who managed to escape; young men and women reflect on the losses of beloved spouses and heartbreakingly, their children.

Touching as these letters are as primary source material and documentation of Nazi terror, they serve another, timely purpose. By harkening back to one of the darkest moments in modern history, the letters raise important questions about humanity and its treatment of victims and survivors of genocide. Sitting in that lecture hall and hearing the children’s words, I realized that my scholarly ambitions were on track—I needed to learn more about these youngsters’ entrees into the “free world” after the Holocaust.

Since the release of Holocaust Survivors in Canada in September 2015, I have embarked on a new professional direction, straddling the lines between academia and public history and education. Moving on from my post as Education Director at the Vancouver Holocaust Education Centre, I undertook employment on two contract projects: one on wartime correspondence in Europe involving a benevolent Christian woman; the other editing a memoir for a Holocaust survivor, educator, and philanthropist in Toronto.

These projects struck a chord. Both focused broadly on the experiences of children and youth, and the narratives were reminiscent of those shared during my doctoral research. As I pursued these projects, I found myself increasingly drawn into these youngsters’ lives. What did it mean to be a child of the Holocaust? What were their hopes for the future? How did Jewish communities in the Diaspora respond to their pleas for refuge? And, what happened to these children and youth when they arrived at their new sites of resettlement, parentless? More than 70 years after the refugee crisis that shocked the universe, these questions remain pertinent as new groups of human beings face mass displacement, trauma, and genocide.

With these questions top of my mind and a fierce determination to make fresh contributions to the field, I accepted a once in a lifetime opportunity to continue my studies as a postdoctoral fellow. In late August I boarded a plane from Toronto headed for Jerusalem and my new position at The Avraham Harman Institute of Contemporary Jewry, a uniquely well-suited place to undertake original research on Holocaust survivor refugees.

The questions raised in the months’ prior about child and youth survivors frames my new postdoctoral research project, generously funded by the Canadian and Israeli-based Azrieli Foundation. Utilizing oral documentation sources as well as memoirs, diaries, and resettlement agency records, I am developing a comparative analysis of child and youth survivor absorption and adaptation in postwar Commonwealth countries of Australia, Canada, New Zealand and the Union of South Africa.

In this exploration, key questions will address young refugees’ resettlement experiences. How did the experiences of child survivors differ amongst Commonwealth countries shaped by similar language, traditions and values? For example, how did political attitudes and public opinion, including wartime stances on refugee asylum, inform the general domestic pressures and organized immigration movements that would ultimately facilitate the entry of Holocaust survivors to those nations?

By engaging with primary source documentation, this research will contribute historical knowledge about child and youth survivor resettlement and integration. Importantly, it will do so through a cross-cultural and multi-national lens, and widen awareness of the role and influence of countries and cultures of resettlement on Holocaust survivors’ postwar lives. But the lessons don’t stop there. To an overwhelming extent, child survivors share the memory of the outside world turning a blind eye towards the suffering of the most vulnerable members of society. This phenomenon remains relevant today, as we avert our eyes away from uncomfortable truths of the pressing refugee crisis dominating the media.

Despite increased attention about the plight of refugee children, one year after the drowning of Alan Kurdi, we are not only no closer to solving the refugee crisis but also failing to care for its most vulnerable casualties. I hope that my research will serve as a wake-up call of sorts, reminding the international community of its moral—not to mention legal—responsibility to safeguard the rights of all children and child survivors.

Adara Goldberg is a Post-Doctoral Fellow in Holocaust and Genocide Studies at Stockton University, and the incoming Director of the Holocaust Resource Center at Kean University. She previously held roles as an Azrieli International Post-Doctoral Fellow at the Avraham Harman Institute of Contemporary Jewry at Hebrew University, and Education Director at the Vancouver Holocaust Education Centre. Goldberg completed her Ph.D. in History at Clark University in 2012. View books by Adara Goldberg.