Tripped out on the Prairies

Erika Dyck, the author of Psychedelic Psychiatry: LSD on the Canadian Prairies, was profiled in the August/September issue of the Association of Universities and Colleges of Canada’ magazine University Affairs: 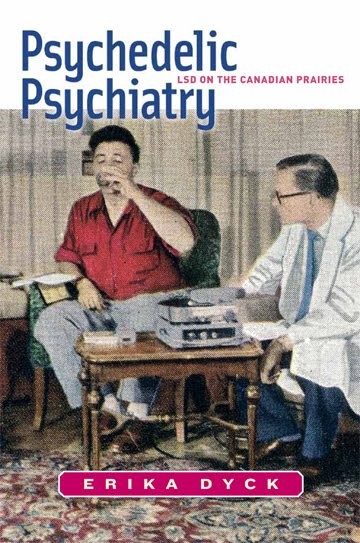 “University of Saskatchewan history professor Erika Dyck says it was a future colleague who turned her on to LSD, so to speak.

“It happened a decade ago when Dr. Dyck, then a doctoral candidate in the history of medicine at McMaster University, was asked to do some research by U of S historian Larry Stewart, one of her former professors. He was doing a project on the history of therapeutic experimentation with drugs in England, recalls Dr. Dyck, who holds the Canada Research Chair in the History of Medicine at the U of S. ‘Because I was in Ontario, he asked me to look around and see what I could find out about experimentation in Canada.’”

To read the rest of the article, click here.

In the early 1950s, the leading centre of the world for LSD research was Weyburn, Saskatchewan, where two psychiatrists sought to revolutionize the treatment of mental illness and, in the process, gave rise to a new form of therapy: psychedelic psychiatry. Psychedelic Psychiatry is the tale of medical researchers working to understand LSD’s therapeutic properties just as escalating anxieties about drug abuse in modern society laid the groundwork for the end of experimentation at the edge of psycho-pharmacology. Historian Erika Dyck deftly recasts our understanding of LSD to show it as an experimental substance, a medical treatment, and a tool for exploring psychotic perspectives. She recounts the inside story of the early days of LSD research in small-town, prairie Canada, when Humphry Osmond and Abram Hoffer claimed incredible advances in treating alcoholism, understanding schizophrenia and other psychoses, and achieving empathy with their patients. In relating the drug’s short, strange trip, Dyck explains how societal concerns about countercultural trends led to the criminalization of LSD and other so-called psychedelic drugs. In this well-written and fascinating book, she confronts the ethical dilemmas of the time and challenges the prevailing wisdom behind drug regulation and addiction therapy.

Erika Dyck is a historian of health, medicine, and Canadian society at the University of Saskatchewan and Canada Research Chair in the History of Medicine.She is the author of Psychedelic Psychiatry: LSD on the Canadian Prairies. View books by Erika Dyck. Visit Erika’s website.