The Geography of Manitoba

Its Land and its People

Manitoba is more than one of Canada’s three prairie provinces. Encompassing 649,950 square kilometres, its territory ranges from Canadian Shield to grassland, parkland, and subarctic tundra. Its physical geography has been shaped by ice-age glaciers, while its human geography reflects the influences of its various inhabitants, from the First Nations who began arriving over 9,000 years ago, to its most recent immigrants. This fascinating range of geographical elements has given Manitoba a distinct identity and makes it a unique area for study.

Geography of Manitoba is the first comprehensive guide to all aspects of the human and physical geography of this unique province. Representing the work of 47 scholars, and illustrated with over 200 maps, diagrams, and photographs, it is divided into four main sections, covering the major areas of the province’s geography: Physical Background; People and Settlements; Resources and Industry; and Recreation.

As well as studying historical developments, the contributors to Geography of Manitoba analyse recent political and economic events in the province, including the effect of federal and provincial elections and international trade agreements. They also comment on future prospects for the province, considering areas as diverse as resource management and climatic trends.

“One of a kind … a comprehensive, attractive and valuable reference book for anyone interested in Manitoba, and everyone who lives there.”

John Welsted is a professor of geography at Brandon University.

John Everitt is a professor of geography at Brandon University, and was president of the Canadian Association of Geographers for 1995-1996. 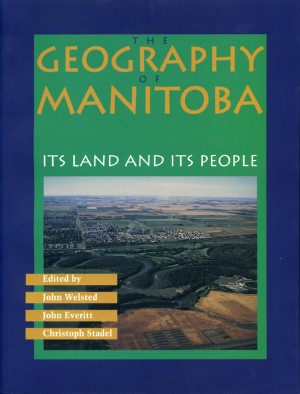