RESCHEDULED Did You See Us? VIRTUAL LAUNCH 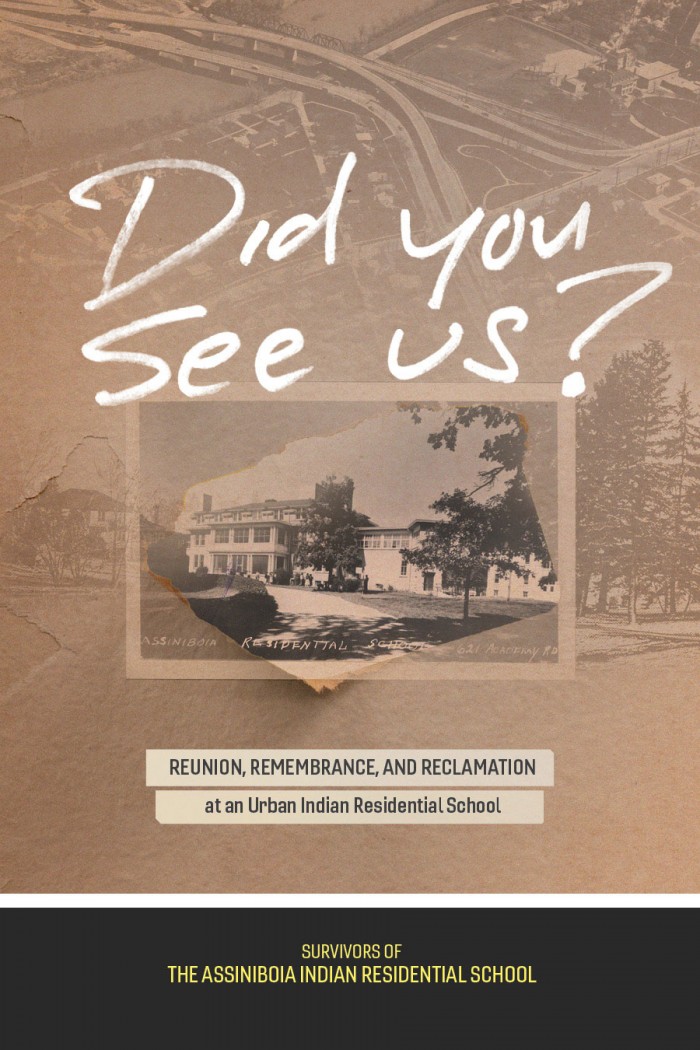 The newly published book Did You See Us?: Reunion, Remembrance, and Reclamation at an Urban Indian Residential School will be presented at this virtual book launch hosted by the Assiniboia Residential School Legacy Group, the University of Manitoba Press, the National Centre for Truth and Reconciliation, and McNally Robinson Booksellers in Winnipeg. Participants will discuss the breakthrough actions of 12 Assiniboia survivors to reclaim and commemorate their presence in the Winnipeg suburb of River Heights. The contribution of Theodore Fontaine to this project will also be honoured at the book launch.

The Assiniboia school is unique within Canada’s Indian Residential School system, located in a large urban centre and operating from 1958 to 1973, an experiment within the broader destructive framework of Canada’s Indian residential schools. Did You See Us? mingles survivor and community remembrances within a socio-historical reconstruction of the school and its position in Winnipeg and the larger residential school system. It reveals stories of Assiniboia from inside the fence line that are not available in the archival records, illustrating a dynamic where forced assimilation and Indigenous resilience co-existed. 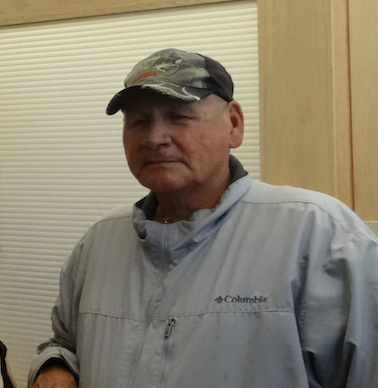 Hubert (Gilbert) Hart is from Kinosawi Sipi – Norway House Cree Nation, Manitoba. He is currently a councillor at NHCN. He became a teacher through the PENT program and taught outdoors and math in high school prior to his retirement. 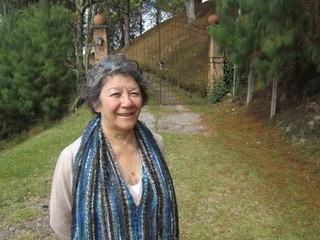 Mabel Horton was born and raised at Nisichawayasihk Cree Nation where she attended the RC Day School, then the Guy Hill Residential School and Assiniboia Residential School. The latter from the years 1962-67. Mabel was the first registered nurse from her community, having graduated from the Victoria General Hospital in Winnipeg in 1970. Later she obtained her public health nursing diploma, Bachelor of Arts, and a Masters degree in Public Administration in 2010. Her places of employment included: Winkler Hospital, Norway House Indian Hospital, Cross Lake Nursing Station, God’s Lake Narrows and God’s River; Eskimo Point (Arviat) Nursing Station, public health, home care, NCN Health & Wellness Centre, Manitoba Keewatin Okimakanak and the Assembly of Manitoba Chiefs. After her retirement in 2013, she acts as a (Owecihowew) Knowledge Keeper and advisor for various First Nations health organizations, national and international Indigenous research organizations. 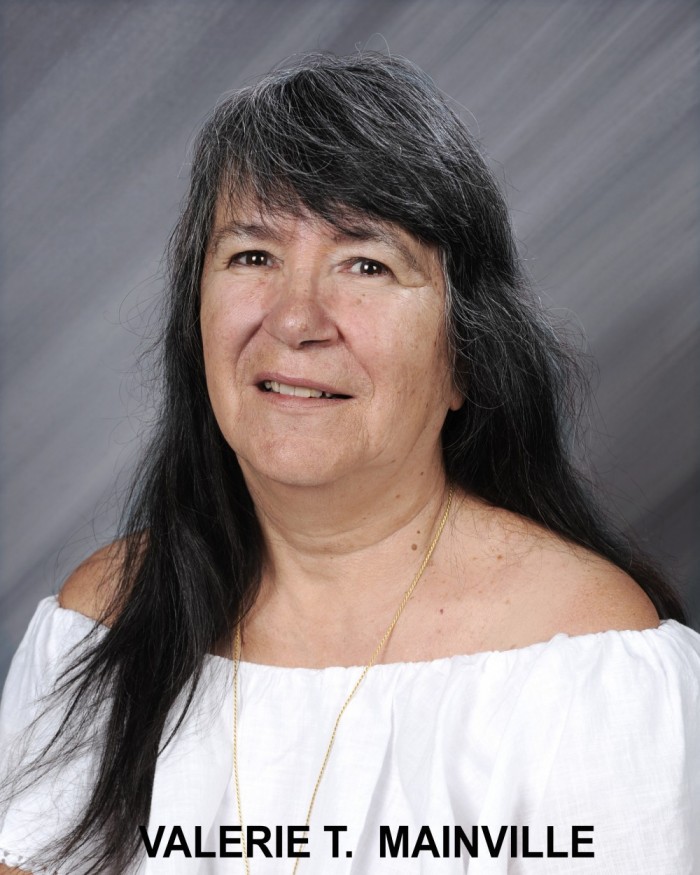 Valerie T. Mainville was born in Fort Frances, Ontario and raised on the Couchiching Reservation. Valerie attended two residential schools. Her interests in poetry and song began at the age of fifteen when she began writing poetry then applied the music to the lyrics. In 2008, she self-published two books of poetry, Poems and Prose on Love and Relationships I and II through Xlibris. These are available on her website, www.poetryofvalerietmainville.com. She also self-published two CD’s as a songwriter. At present, her works in progress include a memoir, plus several unpublished scripts and manuscripts. She is enjoying her retirement back in her hometown with family. 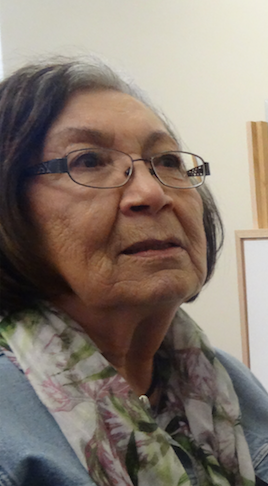 Carrie Perreault (née Seymour) is originally from Hollow Water First Nation. She is a Survivor of two Indian Residential Schools. She has managed her own business. She currently lives in Winnipeg with her husband. 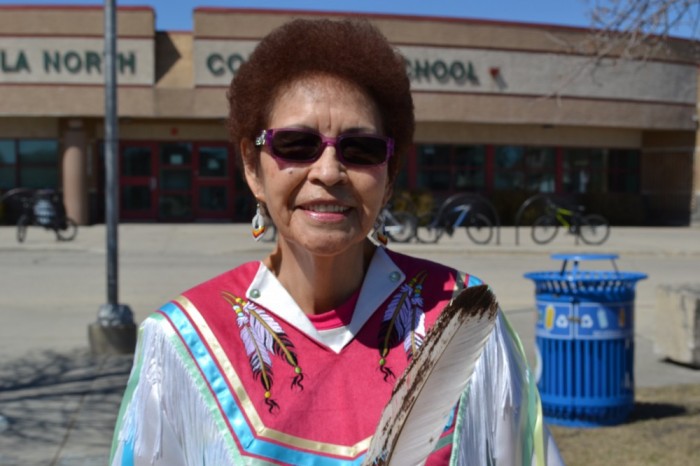 Betty Ross is originally from Pimicikamak First Nation, known as Cross Lake First Nation, in Treaty 5, Manitoba. She is fluent in her Cree Dialect. Betty is a residential school survivor of two schools, spending more than fifteen years in the system. Today, her pride and joy are her two sons, two daughters, fifteen grandsons and six great-grand generations. Betty retired from the Winnipeg Regional Health Authority in March 2018 where she worked as a Spiritual/Cultural Care Provider. She’s currently involved with Seven Oaks School Division as Elder-in-Residence for Elwick School where she shares her residential school history Sugar Falls with kindergarten and grade eight students. Betty’s also busy as community Elder, devoting free time with Kairos Blanket Exercises, Social Justice/Climate Change, and offers Cree classes at Indigenous Cultural Centre every Wednesday evening. Most recently Betty got involved with Red River College students, sharing her first language, traditional/cultural teachings, drum songs and so forth. Betty has been gifted as a Knowledge Keeper, Sacred Pipe and Medicine Carrier. She humbly shares these gifts and teachings today and forward throughout the generations. She wants to echo the following Ancient Words of Wisdom: “Always be grateful and thankful for every breath and every step you Mother Earth!” Ekosani, Thank you very much.

Debbie Cielen is the Elder In-Residence with the Indigenous Spiritual Care Service located in Winnipeg. Debbie has been involved in cultural ceremonies and practices for thirty years. For over ten of those years, Debbie provided cultural and health support services with the Indian Residential Schools Health Support Program. Debbie supported the survivors and their family members through the ADR, IAP, TRC national gathering events and provided cultural support services for the Assiniboia Indian Residential School reunion events. Debbie is a sundancer, pipe carrier, sweatlodge and full moon ceremonial conductor. 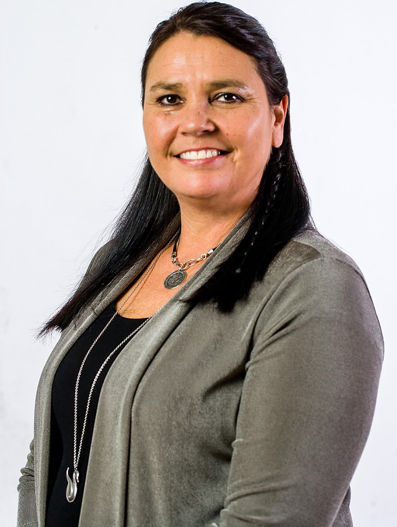 Susan Swan is an Ojibway woman from Lake Manitoba First Nation. She was the first Indigenous female police officer employed by the Winnipeg Police Service (1987 – 2012). Since her retirement Susan has enjoyed utilizing the skills she has developed along the way and facilitates training for the Indigenous Leadership Development Institute. By way of background Susan is a survivor the sixties scoop and second-generation residential school. She is a sought-after motivational speaker and has received several accolades. Susan is a recipient of the YMCA-YWCA Women of Distinction Award; a two-time nominee for the National Aboriginal Achievement Awards; Gemini award winning documentary The red Road that featured her life story; and a published author for her contribution to the book, First Lady Nation, Volume 2- Stories by Aboriginal Women.

« The Politics of the Canoe VIRTUAL LAUNCH