UMP was saddened earlier this week to learn of the passing of our friend and colleague, Thibault Martin. 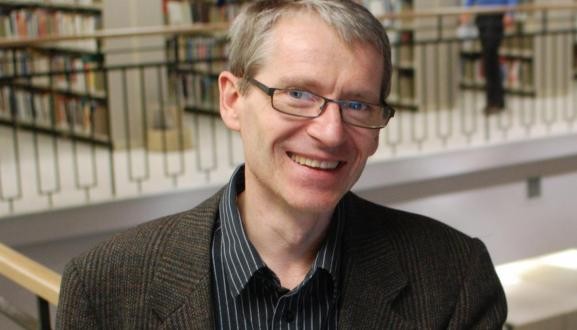 Thibault was a sociologist and held a Canada Research Chair, Aboriginal Governance of Territory, at the Université du Québec en Outaouais. He contributed to the United Nations Declaration on the Rights of Indigenous Peoples (2007) and was known for his De la banquise au congélateur: mondialisation et culture au Nunavik (UNESCO and Presses de l’Université Laval, 2003).

UMP first worked with Thibault in 2008 when he was co-editor of Power Struggles, a collection on hydro development and its impact on Indigenous communities.

For the last five years, UMP worked with Thibault as he completed his final book, From the Tundra to the Trenches, the memoir of his friend, Inuit Elder Eddy Weetaltuk.

“Thibault had first met Eddy Weetaltuk on a visit to the north in the 1990s, and he later worked with Eddy to edit and prepare his memoir, which was the story of his globe trotting and adventurous life,” said David Carr, UMP’s Director. “For the next fifteen years, Thibault would become a tireless advocate for his friend’s book. He had even been able to place translations of Tundra with publishers in France and Germany before UMP published the original English version earlier this year. “

“Although he was fighting ill health, for the last three years as this book went through review, edits, and production, Thibault remained unfailingly generous and optimistic, and his dedication never flagged. It was our privilege to have known him and worked with him.”

Originally from France, Thibault received a degree in history from the University of Dijon in 1984. He was a journalist and high school teacher before starting his studies in sociology. Thibault’s interest in Indigenous issues brought him to Canada, where he did a PhD in sociology at the University of Laval (2001), where he received the Prix d’Excellence for the best doctoral thesis in the social sciences.

Peter Kulchyski, who worked with Thibault at the University Winnipeg, had this to say about his colleague:

“Thibault Martin was an outstanding scholar with a deeply ethical approach to research that modelled academic relations between non-aboriginal academics and Indigenous communities in Canada. In Manitoba he is known for the book Power Struggles, which he co-edited with Stephen Hoffman and looked at hydro development and Cree communities in Manitoba and Quebec. Those of us who worked with him while he was at the University of Winnipeg will always miss the intelligence and care, the kindness and thoughtfulness, he showed in all that he did. We have lost a friend and ally.”

—With files from the University of Quebec in Ottawa’s Décès du professeur Thibault Martin and the Canada Research Chair in Aboriginal Governance of Territory website.

« Ruth Panofsky on The Force of Vocation