Recently, Minister of Indigenous and Northern Affairs Carolyn Bennett announced that June would be Indigenous Book Club Month for the second year in a row.

“Indigenous book club month celebrates the wealth of diversity and perspective that Indigenous literature brings to our country. Join our Minister on the path to reconciliation between Indigenous and non-Indigenous peoples using the hashtag #IndigenousReads to share the books you’re reading.” 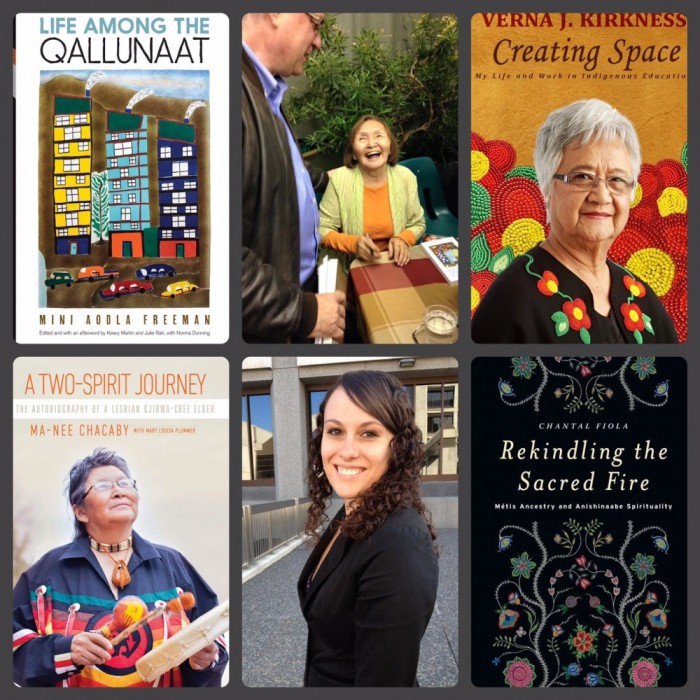 Then, CBC Books got in on the Indigenous Book Club Month action, publishing book recommendations from Indigenous writers across the country.

“Life Among the Qallunaat is a book about Mini Aodla Freeman’s journey from her small hometown to a big city for a job. The cultural transition from traditional Inuit lifestyle to modernized cities was interesting, humorous, difficult and downright honest. Her perspectives on city culture and lifestyle offers a glimpse into where humans have devolved and progressed through the eyes of an Inuk that knows a supernatural way of living. She tells her story with gentleness, honesty, humour and a love common to all people.”

“A Two-Spirit Journey is a story about resilience, told with striking honesty and unadorned simplicity. The particulars of Chacaby’s life, as well as the social and cultural context she provides, gives readers a nuanced look into Canada’s recent past. To understand the lasting effects of colonialism, and particularly the gendered aspects of colonial structures, many voices must be heard, and we are lucky to have a generous and skilled storyteller like Chacaby to share hers.

“Chacaby is straightforward and unflinching in the telling of her experiences with abuse, as well as her battles with alcoholism. Her analytical nature often takes the narrative into personal investigations of the effects of intergenerational trauma, and the support networks that she accessed to help her build a toolbox of coping strategies. But simply coping never seems to be enough for Chacaby, who, as an Elder, now takes a leadership role in many support and healing circles.

“Let me be clear, this is not a niche book. Chacaby’s story of endurance, and ultimately, hope, offers something for readers of any background.”

Finally, UMP author Chantal Fiola recommended a University of Regina Press book, Harold Johnson’s Firewater: How Alcohol is Killing my People (and Yours):

“While Harold Johnson wrote Firewater: How Alcohol is Killing my People (and Yours) as a conversation between himself and his relatives, the Woodland Cree, it is also relevant to other Indigenous people and EuroCanadians. Johnson, a Crown prosecutor, uses conversational narrative, Trickster stories, research and statistics to discuss the relationship between the Cree and alcohol – and how that story can be changed. He counters the stereotype of the ‘drunk Indian’ with research indicating that 35% of Indigenous people in Canada abstain completely from alcohol – one out of three Indigenous people does not use alcohol. This is a timely book given alcohol’s colonial hold on many of our people; yet, we are changing that narrative as more and more Indigenous folks (myself included) have left alcohol behind as we find our way back to the spiritual ceremonies that colonization failed to eradicate.”