We’re so pleased to see that Mary Riter Hamilton, a Manitoba artist whose biography we published in 2017, is being honoured with a stamp to mark Remembrance Day. 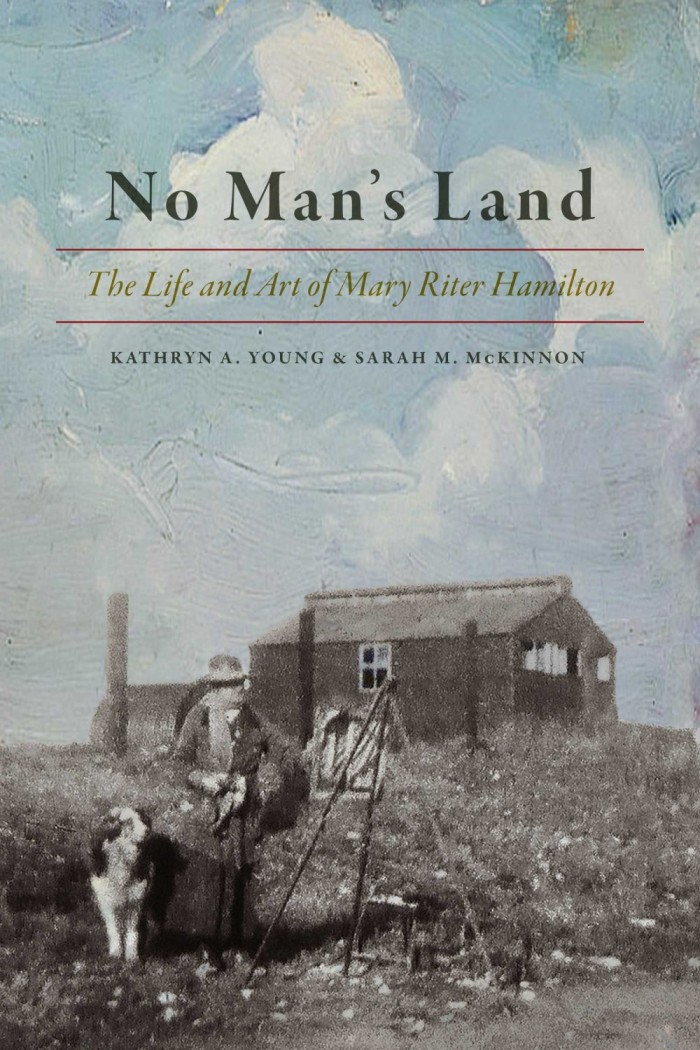 “We were very pleased to work with Canada Post on the Mary Riter Hamilton stamp project and to see her get the recognition that she deserves as a western Canadian artist,” say Kathryn A. Young and Sarah M. McKinnon, authors of No Man’s Land: The Life and Art of Mary Riter Hamilton.

Designed by Réjean Myette, and produced in a quantity of 7,000, the stamp is cancelled in Riter Hamilton’s hometown of Teeswater, Ontario.

“I made up my mind that where our men went under so much more dreadful conditions I could go, and I am very proud to have been able even in a small way to commemorate the deeds of my countrymen.“– Mary Riter Hamilton

A new stamp from Canada Post features an image, Trenches on the Somme (1919), by a woman whose artistic talent was matched by her indomitable resolve: Canada’s first unofficial woman battlefield artist, Mary Riter Hamilton.

Riter Hamilton, born in Teeswater, Ontario in 1867, suffered personal tragedies in her early 20s, including being widowed. However, hardship may have built the strength, determination, independence and survival instincts she would later need. In Winnipeg, she built a popular business teaching women to paint china, then studied painting in Berlin and Paris. On her return, she exhibited work in several Canadian cities, to critical acclaim. In 1912, she moved to Victoria, where she developed a reputation as a distinguished artist. 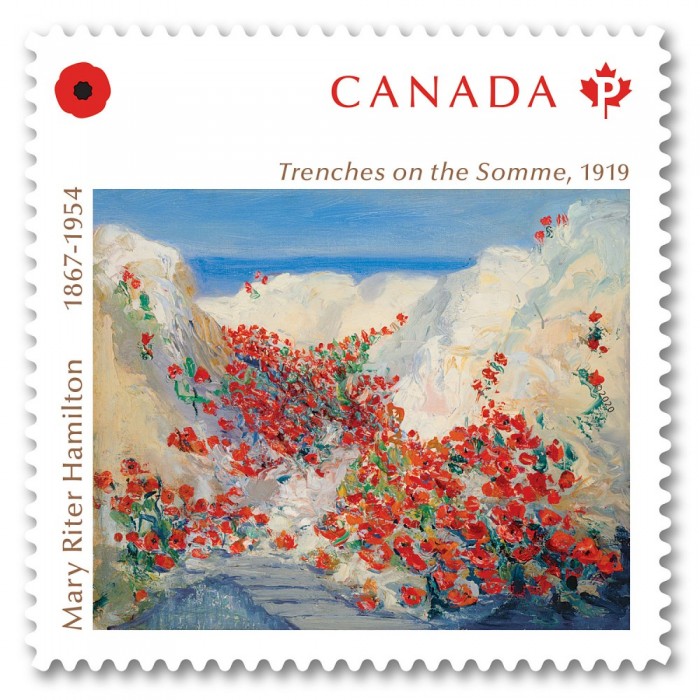 During the First World War, her application to the Canadian War Memorials Fund to serve on the front as a war artist was summarily declined due to her gender. Undeterred, Riter Hamilton found another way to the battlefields in 1919, now silent, the year after hostilities had ended. She secured a commission from the Amputation Club of British Columbia (now The War Amps) to capture the war’s devastation for its membership’s publication. 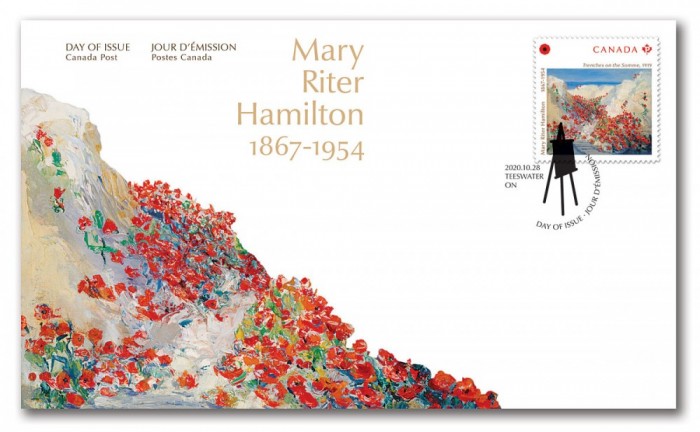 Now in her 50s, she left the comfort of her Victoria home to travel alone through France and Belgium, setting up her easel on the region’s war-ravaged battle sites. Without the official status or income given to male Memorial Fund artists, she lived in a tin hut erected by the Chinese Labour Corps. Painting outside, surrounded by unexploded artillery shells and collapsing trenches – and even surviving an attack by bounty hunters – she completed more than 300 paintings depicting scenes from Amiens, the Somme, Ypres, Passchendaele and Vimy Ridge. Her sombre odyssey, in arduous conditions, lasted two-and-a-half years. 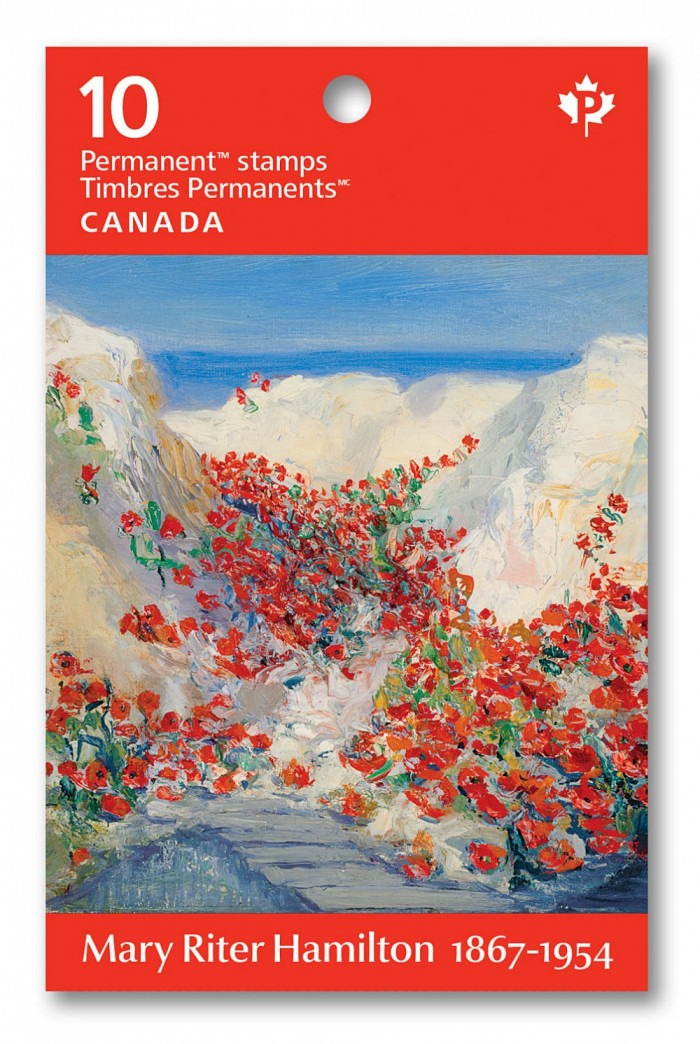 Burning through her small stipend in the first year, she survived on money earned from the occasional sale of a painting back home. Her work completed, Riter Hamilton landed in Paris without the funds to pay her fare back to Canada. Again, she proved her entrepreneurial spirit and sheer grit, painting silk scarves that she sold to fashionable Parisian matrons. Her colourful designs not only earned her passage home but also won her a gold medal at the Exposition Internationale des Arts Décoratifs et Industriels Modernes in Paris in 1925.

Upon returning to Canada, her paintings were rejected by the National Gallery. In a move possibly intended to give meaning to the trials she had endured, Riter Hamilton donated more than 200 of her works to the Dominion Archives (now Library and Archives Canada) as a visual record, in perpetuity, of the devastation of the Great War.

Sadly, Hamilton struggled with ill health and poverty for the rest of her life and never painted seriously again. It wasn’t until decades after she died at a mental hospital in British Columbia in 1954 that the art world began to recognize the incredible legacy of this fearless, trailblazing artist.

For more information on how to purchase the stamp, see Canada Post’s website.

« Looking Out From Anishinaabe Territory