This reading list appeared on the 49th Shelf, a site devoted to Canadian literature, in early November:

My most recent project, Rewriting the Break Event: Mennonites & Migration in Canadian Literature, explores novels retelling the mass migration of Mennonites from Ukraine to Canada following the Russian Revolution. The tradition of Russian Mennonite writing in Canada is much larger than this single story, however, and I thought I’d take this opportunity to highlight a few of my favourite Mennonite Canadian novels. 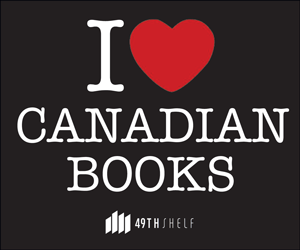 Toews, Miriam: Irma Voth
In Irma Voth, an eccentric Mexican filmmaker arrives on a Mennonite colony in northern Mexico, somehow having convinced the conservative Mennonites to act in a film set on the colony. Irma, who was born in Canada but found herself whisked away to Mexico as a child, serves as a translator for the film crew. Confusion and hilarity ensues, until Irma and her younger sister flee to Mexico City. Irma Voth is not as convincingly drawn or as tightly constructed drawn as Toews’ earlier hit A Complicated Kindness, but I’m choosing it because it shows Toews reaching for a larger ethical canvas. Irma is every bit as whip smart as and acerbic as Nomi Nickel was in her critique of fundamentalism, but in Irma Voth, Toews risks offering answers to the questions she raises, exploring the redemptive power of art and the fragile possibilities of forgiveness. E.B. White once suggested that the best comedic writing evokes both laughter and tears, saying that a reader is brought to a place where his or her “emotional responses are untrustworthy and seem likely to break over into the opposite realm,” it is because humour “plays close to the big hot fire which is Truth, and sometimes the reader feels the heat.” In the places where Irma Voth succeeds, the heat will take your breath away.
BONUS: Irma Voth can be read alongside Carlos Regadas’ Silent Light, a remarkable film that won the Jury Prize at the 2007 Cannes Film Festival. Silent Light is a film by an eccentric Mexican filmmaker who somehow managed to convince conservative Mennonites in Mexico to act in a film set on their colony. Sound familiar? Hint: Regadas’ film stars Miriam Toews in one of its lead roles.

Birdsell, Sandra: The Russländer
The framing narrative of Birdsell’s novel has the elderly Katherine Vogt recount her life story for a young archivist who is collecting oral histories for the Mennonite archives in Saskatchewan. Although the bulk of The Russländer is composed of Katherine’s memories of growing up in the once-prosperous Mennonite colonies of Ukraine – including her escape to Canada following the massacre of her family as the colonies collapsed in the aftermath of the Russian Revolution – Birdsell keeps the framing narrative close at hand throughout the book. The result is a haunting account of Katherine’s childhood that is deeply coloured by the losses she endures as a young woman. This is a beautifully crafted story of trauma and survival that shows the end of an idyllic world that had stretched thin in its attempts to cover a host of class, gender, and ethnic inequalities.

Bergen, David: The Matter with Morris
Morris Schutt is a middle-aged man of Mennonite descent whose comfortable life as a syndicated newspaper columnist is shattered when his son his killed in Afghanistan. Shortlisted for the Giller Prize in 2010, The Matter with Morris is an introspective novel, a portrait of a man who, having had his anchoring assumptions about the world exposed as false, finds himself adrift and floating through a bleakly drawn Winnipeg. Estranged from his wife and daughter, Morris bounces from listless therapy sessions to men’s groups filled with “incredibly average” people in a search to find meaning and rediscover a sense of belonging. Like many of Bergen’s works, this is a novel populated by flawed but deeply human characters, people with whom we may not always sympathize, but with whom we can’t help but empathize, having been shocked to recognize ourselves within them. The Matter with Morris crackles with what has become a hallmark of Bergen’s novels: the tension between a deceptively simple matter-of-fact prose and the self-consciously philosophical concerns it explores.

Wiebe, Armin: The Salvation of Yasch Siemens
Part of a long comedic tradition in Mennonite writing that includes the work of Arnold Dyck and Paul Heibert, Wiebe’s novel is a snort-your-coffee-out-your-nose funny tour through rural Mennonite that celebrates the rich textures of the culture. It tells the story of Yasch Siemens, a hapless young man eager to move up in his world by getting married and securing a farm of his own – and of Oata Needarp, the indefatigable woman that “helps” him do both. In this startlingly original novel, written in an English heavily coloured by what his characters call Flat German, Wiebe creates a fully realized world that is as fascinating as it is entertaining. It also has one of the most memorable opening lines in all of Mennonite literature, one that gives a good sense of what is to follow throughout the book: “The year they built the TV tower I was heista kopp in love with Shaftich Shreeda’s daughter, Fleeda.”

Munce, Alayna. When I was Young and In My Prime
Compared to the more celebrated recent “Mennonite novels” such as Darcie Friesen Hossack’s Mennonites Don’t Dance or Carrie Snyder’s wonderful The Juliet Stories_—shortlisted for a Commonwealth Writers’ first novel award and the Governor General’s Award, respectively—Munce’s novel went unnoticed upon publication in 2005. But its spare and evocative prose, hung loosely over a poetic structure, makes _When I was Young as rewarding and consistently surprising a novel as I’ve read in years. It tells the story of Helena Friesen, a young woman of Mennonite descent living in the Parkdale area of Toronto at the turn of the millennium. Helena’s self-conscious efforts to live an ethical life come to centre on her relationship with her Russian Mennonite immigrant grandparents as they transition through the various stages of old age, including her grandmother’s descent into the disorientation of Alzheimer’s, and her grandfather’s rapidly declining health. The result is a deeply affective meditation on aging and contemporary urban life, and a compelling portrait of the shifting structure of contemporary Mennonite identity.

Wiebe, Rudy: Sweeter Than All The World
Wiebe’s ambitious novel, Sweeter than All the World, swings from nineteenth century Prussia to sixteenth century Netherlands, from eighteenth century London to contemporary Canada, from Prague to Bali, from Idaho to Siberia, and onwards. Anchored loosely but ably by the story of Adam Wiebe, a prosperous Canadian who looks to his Mennonite history as a way of navigating the complications of his own collapsing life, Sweeter evocatively juxtaposes our individual and collective efforts to belong and to construct meaning through our lives. Complex in structure yet beautifully direct in its aims, epic in scope yet intimate in detail, Sweeter than all the World may well be the one Mennonite Canadian novel being read a century from now.

Robert Zacharias is a Banting Postdoctoral Fellow in the Department of English Language and Literature at the University of Waterloo, and a Visiting Scholar with the Centre for Diaspora and Transnational Studies at the University of Toronto. He is the associate editor of the Journal of Mennonite Studies, and co-editor, with Smaro Kamboureli, of Shifting the Ground of Canadian Literary Studies.  View books by Robert Zacharias. Visit Robert’s website.