Next Thursday, UMP will celebrate the opening of our 50th anniversary exhibit at the University of Manitoba Archives and Special Collections with a lecture by Snacks author Janis Thiessen. 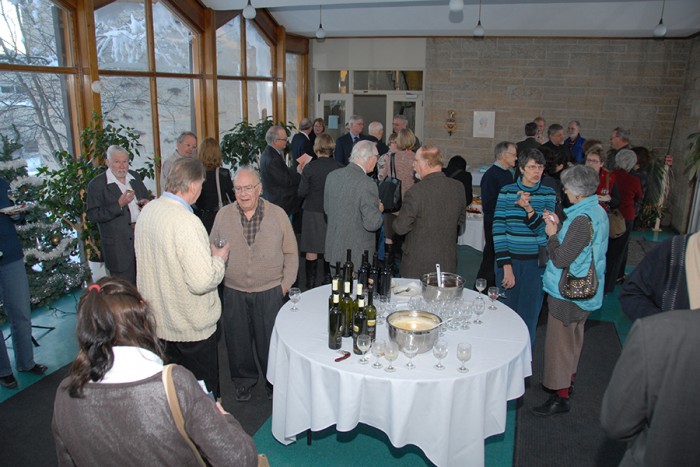 Friends and colleagues help us celebrate our 40th anniversary. 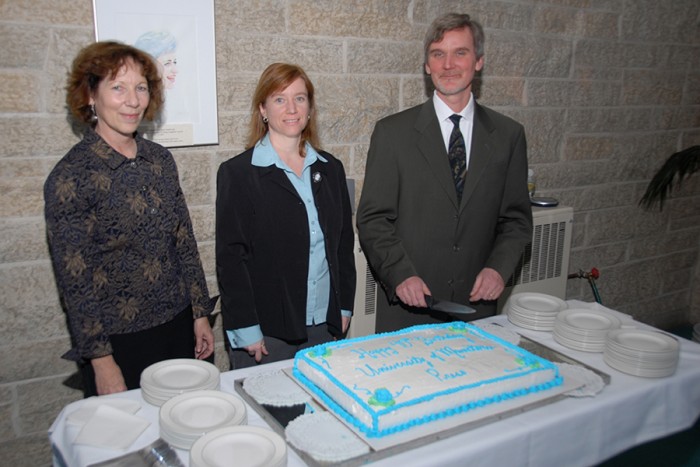 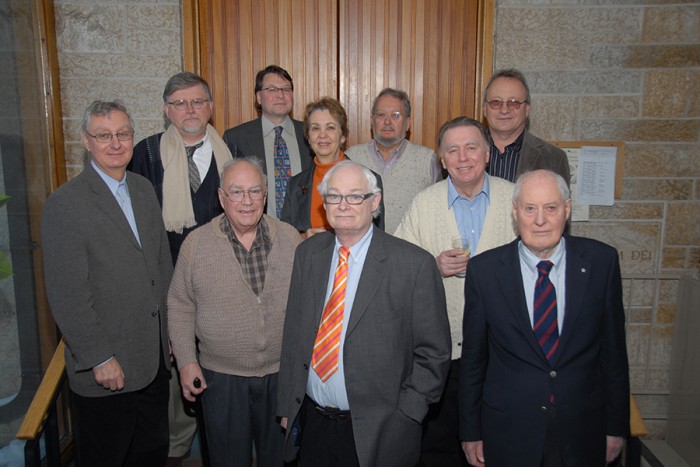 We will have Ketchup Old Dutch chips and Cheezies to accompany Thiessen’s lecture, which is plenty fancy enough for us, but it got us thinking back to our last anniversary party, which took place in December 2007.

This event, held in St. John’s College’s cloister, included many of our authors, friends, and colleagues. It was a grand way to celebrate our 40th anniversary!

Here’s hoping that next week’s event will be just as memorable!

These stories of salty or sweet confections also reveal a history that is at odds with popular notions of ‘junk food.’ Through extensive oral history and archival research, Thiessen uncovers the roots of our deep loyalties to different snack foods, what it means to be an independent snack food producer, and the often-quirky ways snacks have been created and marketed. Clearly written, extensively illustrated, and lavish with detail about some of Canadians’ favorite snacks, this is a lively and entertaining look at food and labour history.

About UMP
In 1967, we started the first university press in western Canada, and we are proud of our five decades of publishing important books for both scholarly and general audiences. Anniversaries are a time for reflection and also for looking forward. Over 2017, we celebrated our past in different ways, including issuing new versions of two of our most important titles from the past.

The first of these, John S. Milloy’s A National Crime, was released in Spring 2017 with a new foreword. Originally published in 1999, Milloy’s book was the first detailed examination of the inner workings of Canada’s residential school system. It is a searing indictment of the foundations and administration of that system and helped to lay the groundwork for Canada’s national journey towards truth and reconciliation. We are proud to be its publishers. In Fall 2017, we issued a new edition of “The North End, John Paskievich”:https://uofmpress.ca/books/detail/the-north-end-revisited’s lyrical book of photographs that celebrate one of Canada’s most iconic urban communities.

Together, these two books typify twin themes that are at the core of University of Manitoba Press: commitment to scholarship and engagement with community.

Propaganda and Persuasion goes underground at the Diefenbunker! »